Former Representative and CIA Director Mike Pompeo, who was named to become the Secretary of State, thinks that the regime of President Recep Tayyip Erdogan of Turkey is a “totalitarian Islamist dictatorship” and only “as democratic as Iran.” 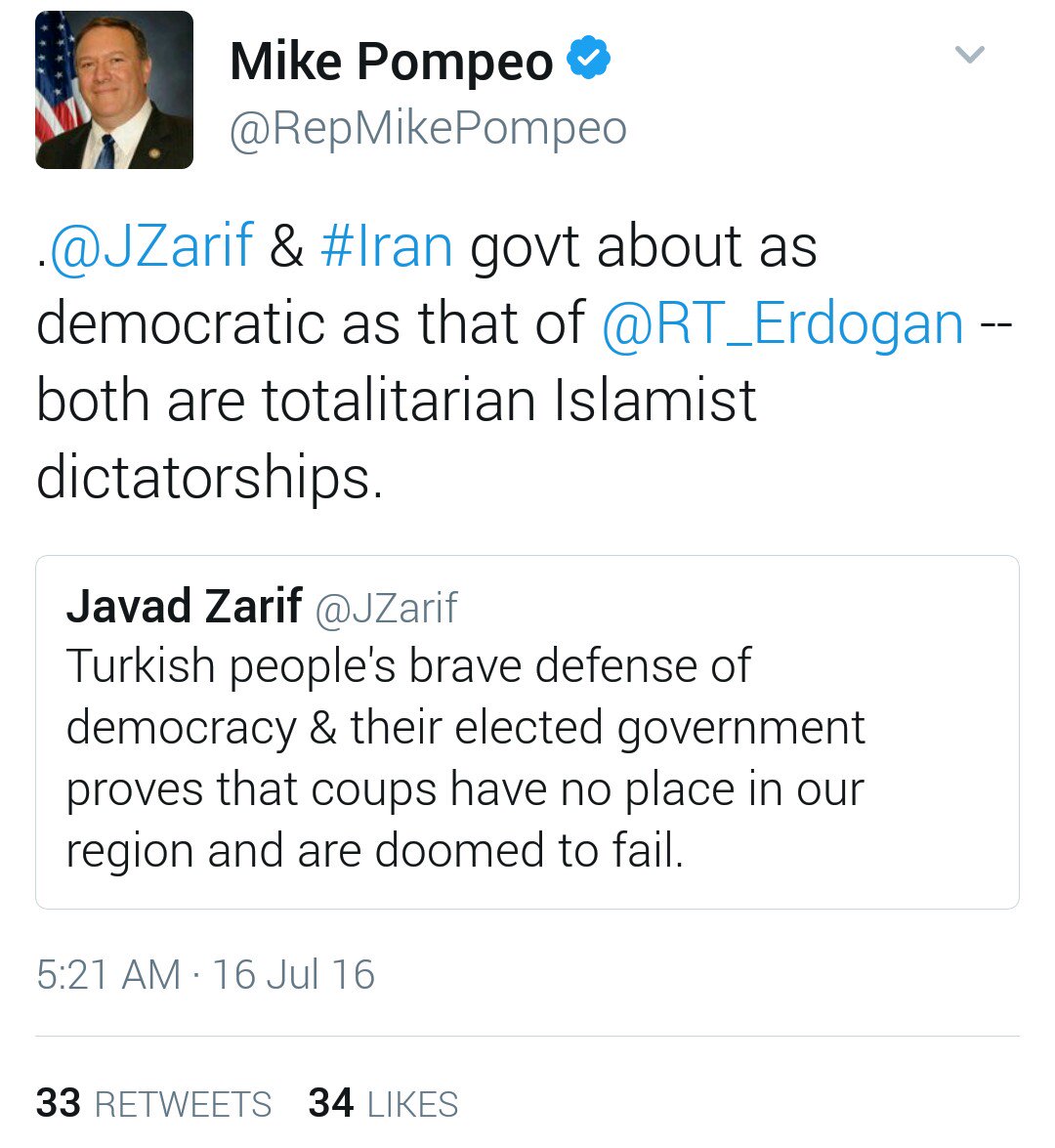 “Turkish people’s brave defense of democracy & their elected government proves that coups have no place in our region and are doomed to fail,” Zarif tweeted earlier on July 16.

“.@JZarif & #Iran govt about as democratic as that of @RT_Erdogan — both are totalitarian Islamist dictatorships.”

Pompeo, former army officer and a Harvard graduate, was named by President Donald Trump in March to succeed Secretary Rex Tillerson as the top diplomat. Kansas congressman is mostly known for his lengthy grilling of Hillary R. Clinton, Trump’s former rival, during her testimony as part of an investigation into Benghazi killings. Pompeo was also a member of the House Intelligence Committee.

After Pompeo was nominated to be the CIA director in 2017, he deleted his tweet.

It is not clear how the State Department with Pompeo at the helm might improve the deteriorating relationship between the U.S. and Turkey. Erdogan repeatedly hailed the victory of Trump, who said after the coup that the U.S. should not lecture Turkey about its human rights violations. Erdogan also denounced anti-Trump protests as “disrespectful.” Later in 2017, however, Erdogan had grown frustrated with the Trump administration over its aid to Syrian Kurdish militants.

Mike Flynn, Trump’s former national security advisor, also initially backed the coup attempt on July 15, but then wrote a propaganda piece on the Election Day. Daily Caller later revealed that Flynn is paid by a Dutch company founded by a businessman close to Erdogan.

Gift From God: How Erdogan Turned July 15 Into Windfall