President Recep Tayyip Erdogan of Turkey said police’s heavy-handed response to Turkish rioters in Rotterdam was reminiscent of July 15 coup attempt. Turkish minister Fatma Betul Sayan, who was refused entry into the Netherlands, said she was going to stand firm until she dies.

No, it was not a war or another coup plot. It was a manufactured and quite theatrical crisis between Turkey and the Netherlands. The dispute kept spiraling up because both sides benefitted in polls. For the Dutch ruling party, it was the final act of nationalism to offset surging far-right party of Geert Wilders from defeating them in the polls. Latest snap surveys showed anti-immigration and nationalist Dutch parties surged in polls.

Mr. Erdogan has sought to reverse the halting start to the campaign at home with belligerence abroad. Ankara announced on Monday that it is planning to impose diplomatic sanctions on the Netherlands and asked the Dutch ambassador not to step foot on Turkish soil. The Turkish president continued Dutch bashing on Tuesday, accusing the Netherlands of turning a blind eye to the slaughter of 8,000 Bosniak civilians in Srebrenica in 1995. 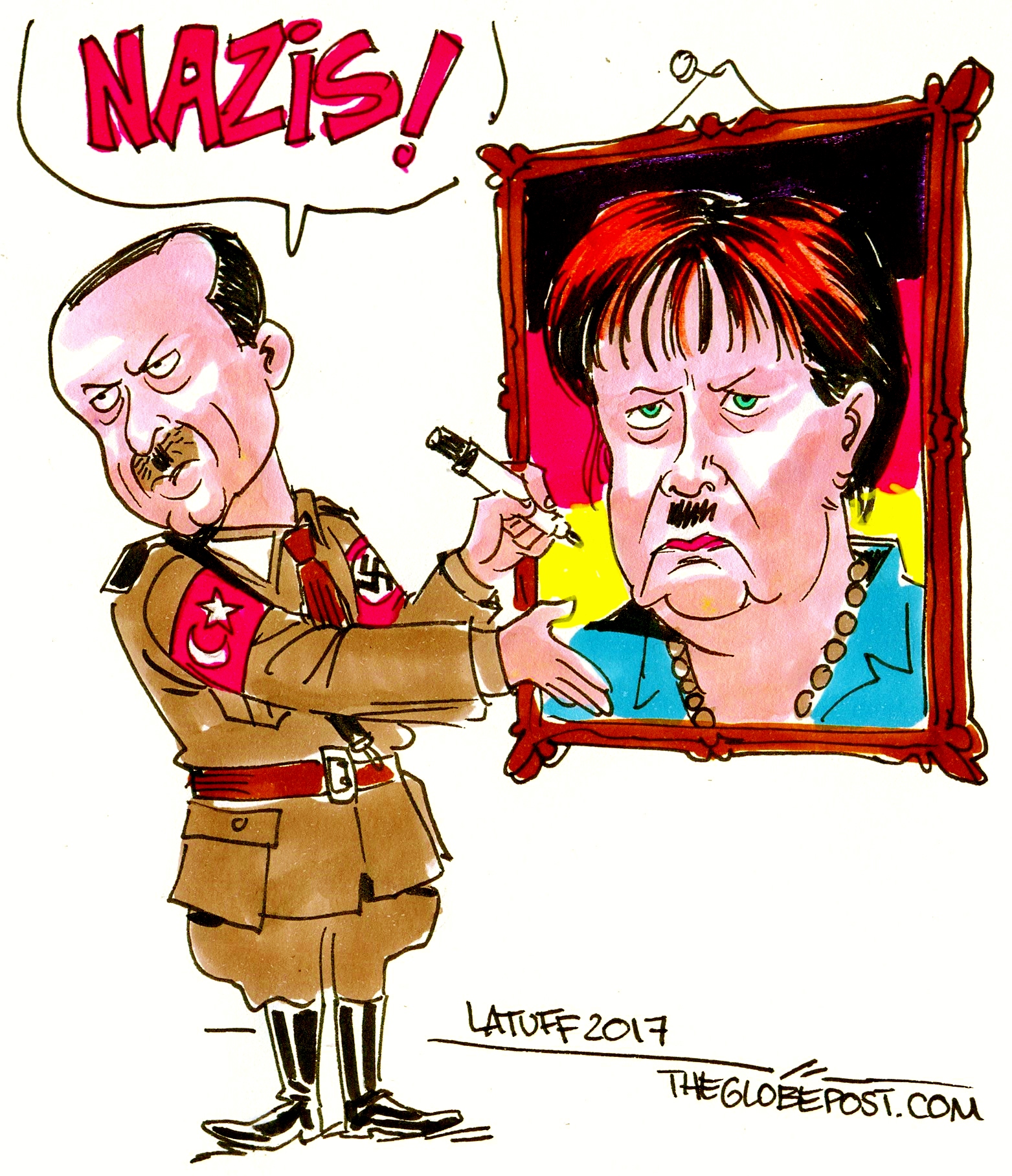 Dutch officials justified their action by saying that they cannot allow Turkish politicians to promote a constitution that would vastly expand presidential powers. Paris, Berlin, and Brussels backed the Netherlands over the dispute with Turkey, further angering Ankara. Mr. Erdogan even told German Chancellor Angela Merkel “shame on you” for her support for the Netherlands. He previously invoked Nazi references to describe her actions.

But Turkish government officials cannot contain their glee over the boost the row with the Dutch gave to the sluggish Yes campaign. The Yes campaign established a slim edge over their rivals seeking to dash Mr. Erdogan’s hopes to transform the country’s 85 years old parliamentary system into a presidential one. The latest spat with Germany and the Netherlands set off broad excitement among the supporters of the constitutional changes.

The ruling AKP party lawmaker Huseyin Kocabiyik said over the weekend that the crisis with Dutch helped the Yes campaign by 2 percent, a significant increase since both camps are neck-to-neck in polls. “Maybe we should thank them a little,” the smirking lawmaker added. Gezici Arastirma, a polling company, said on Tuesday that the crisis with European countries is swinging undecided voters to the Yes camp.

The leader of the main opposition CHP, Kemal Kilicdaroglu, scrambled to steal the thunder from the Yes campaigners. He blasted the government officials, including Mr. Erdogan, for being soft on the Netherlands and called on Turkish leaders to impose the harshest measures. He also complained about how European countries, particularly the Netherlands, treated the Turkish minister. He said it appears the Europe wants the Yes campaign to win.

CHP’s parliamentary group chairman Engin Altay even demanded the Netherlands apologize for the treatment of the Turkish minister. He said they won’t establish friendship with the Dutch until they offer an apology. 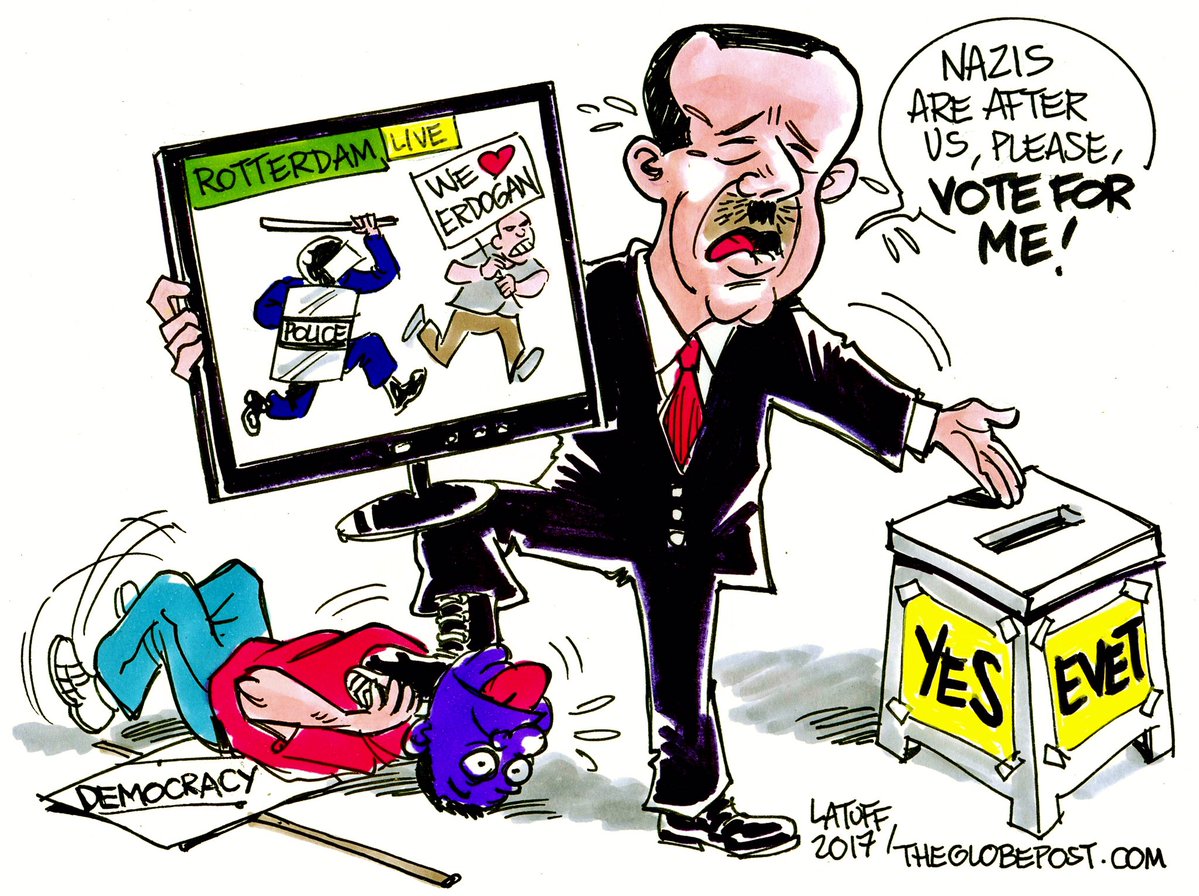 The fabricated crisis with Germany and the Netherlands offers insight into how the Erdogan government has been winning elections. From the corruption scandal to the failed coup attempt, Mr. Erdogan never let a crisis go away. The campaign he is spearheading has thrived on the idea that Turkey stands up to Western domination. Turkish aggressiveness, however, is not a sign of stronger Turkey, as Mr. Erdogan’s fans choose to believe, but of a growing weakness.

Since the crisis is engineered to win elections in both nations, it won’t be surprising to see that it will fade away quickly after the vote. Turkey can’t alienate countries that provide a lifeline to its limping economy at a time Ankara desperately seeks to attract foreign investors.

Turkish IT Technician Found Dead While Fleeing To Greece

Migration Deal Teeters On Edge Amid Crisis With Europe