by Abdullah Ayasun
in Featured, National

Muslims of the United States who feel on edge amid the steady rise of Islamophobia and recent hate speech were simply appalled by the way how 17-year-old Hassanen was killed during a Ramadan night. Amid debates whether it was a “road rage” as police called, or a hate crime, there was one thing evidently clear: the murder revealed emergence of a cross-cutting, boundary-defying solidarity and fraternity between different religious communities.

And Ms. Hassanen’s funeral on Wednesday was a promising example of that trend, bringing Christians and Jews together with grieving Muslims. 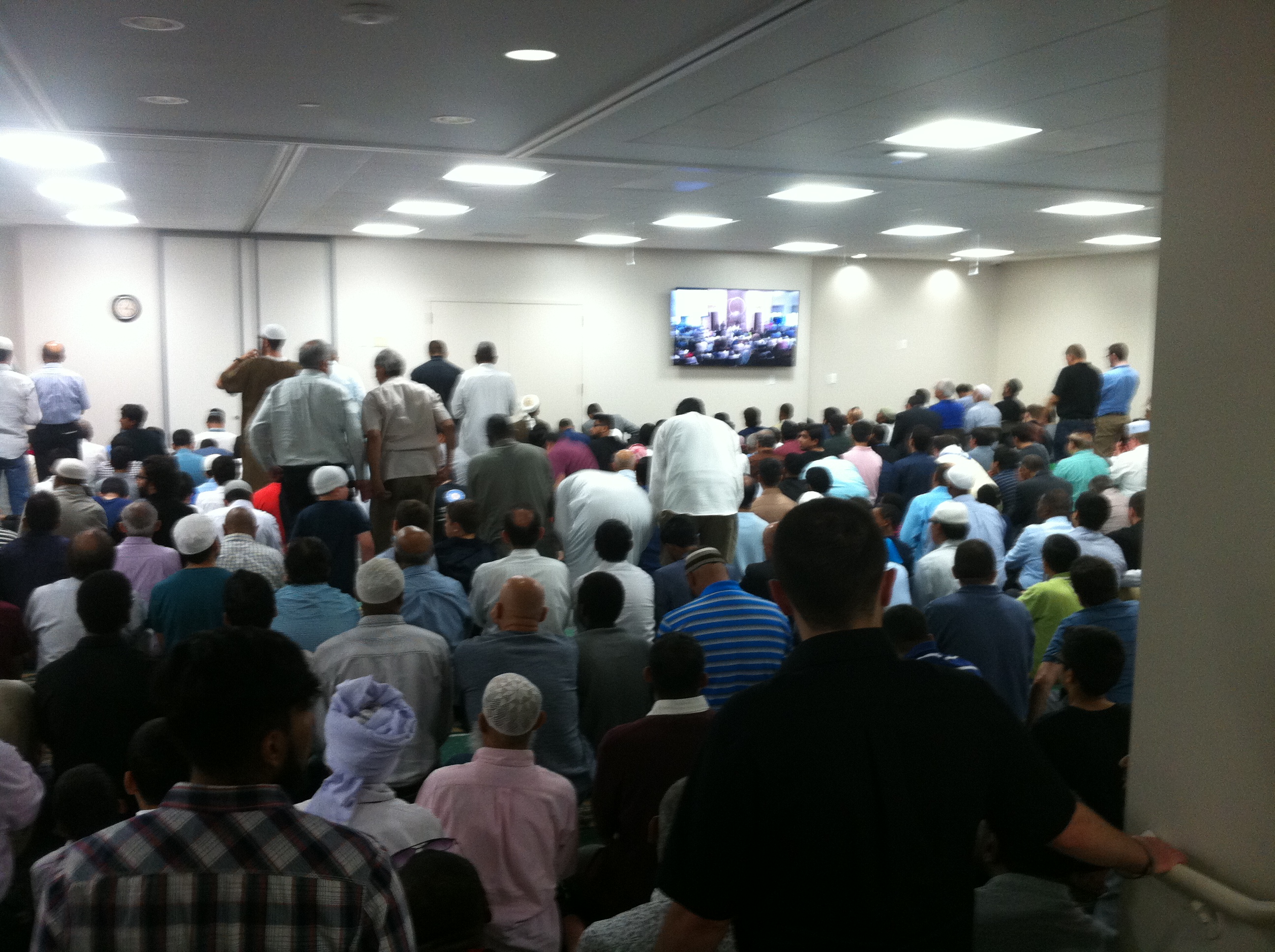 Thousands of Muslims flocked to All Dulles Area Muslim Society (ADAMS) Mosque, the largest Muslim congregating in Northern Virginia, on Wednesday to pay a final tribute to the fallen sister. Their presence speaks to a core Islamic message: to stand by a mourning family in their most difficult day.

Imam Mohamed Magid reminded more than 5,000 mourners who thronged into the mosque in Sterling ADAMS Center that it was a duty for Muslims to pay an honorable good bye to Ms. Hassanen according to Islamic traditions.

“A giving, generous, beautiful and energetic young lady. She was hosting iftar [fast-breaking dinner] for a group of friends the day when she was killed,” Imam Majid told the crowd who packed the mosque. The attributes to define the loving Nabra were overwhelmingly positive and a common theme during the funeral.

In early Sunday morning around 4:00 a.m. Ms. Hassanen and her friends were returning the mosque after eating at a nearby McDonald’s before fast began when Darwin Martinez Torres plunged into what police said a road dispute with the group.

The quarrel quickly escalated, with Mr. Torres, a 22-year-old undocumented immigrant from El Salvador, driving his car into the group, then chasing the group of teenage boys and girls with a metal baseball bat. The group scattered and most of them turned back to the mosque only to realize that Ms. Hassanen was missing.

Others in ADAMS Center called 9/11 to seek police help to find the missing girl. After a day of search, her body was found in a pond in Loudoun County near apartment building of Mr. Torres.

Whether it was simply a road rage, there were lingering doubts among the Muslim community.

Fairfax Commonwealth’s Attorney Raymond F. Morrogh who is prosecuting the case said every motive remains on the table. He did not rule out investigating the murder as a hate crime if new evidence pointed to that. “No evidence yet points to a hate crime,” he told media.

One young woman at the funeral voiced skepticism over the police’s depiction of the murder. “She was wearing abaya and hijab. That could be the cause of the attack,” she added a caveat, revealing her suspicion that the driving motive might be simply hate.

“If they have said they are not limiting anything, we respect and honor. And they have given us complete confidence as soon as they find any evidence, any information leading to hate crime or anything else, they are gonna bring it to the table, investigate accordingly and proceed accordingly,” Joshua Salaam, Chaplain of ADAMS Center, told media on Wednesday.

On Tuesday night, there was a vigil in Reston where Nabra’s modest apartment complex was located. A memorial erected on behalf of Nabra in Dupont Circle has caught on fire, Washington D.C. police said. D.C. Police later arrested Jonathan Solomon of South Carolina over links to the incident, over charges of vandalism.

During the vigil in Dupont Circle, activists have expressed fresh doubts over the official explanation by the Fairfax County Police Department. On Monday, police spokeswoman Julie Parker said: “it appears that the suspect became so enraged over this traffic argument that it escalated into deadly violence.”

Given that Mr. Torres illegal entered the U.S., Immigrations and Customs Enforcement considers to take him into custody once he is released from Fairfax County Jail.

Another disturbing element related to the murder has appeared in the media. In addition to murder, police now investigate a possible sexual assault against Nabra and wait test results for vaginal swabs.

Speaking to reporters, a young boy at funeral expressed his shock. “It could have been to a male or a female victim.” The fallout of the brazen attack has been imminent, with families of young daughters now express fear for the safety of their beloved ones.

Though grief and anguishing gripped the Muslim community during the funeral under the sweltering sun, the presence of members of different faith at least played a soothing role for their searing pain. 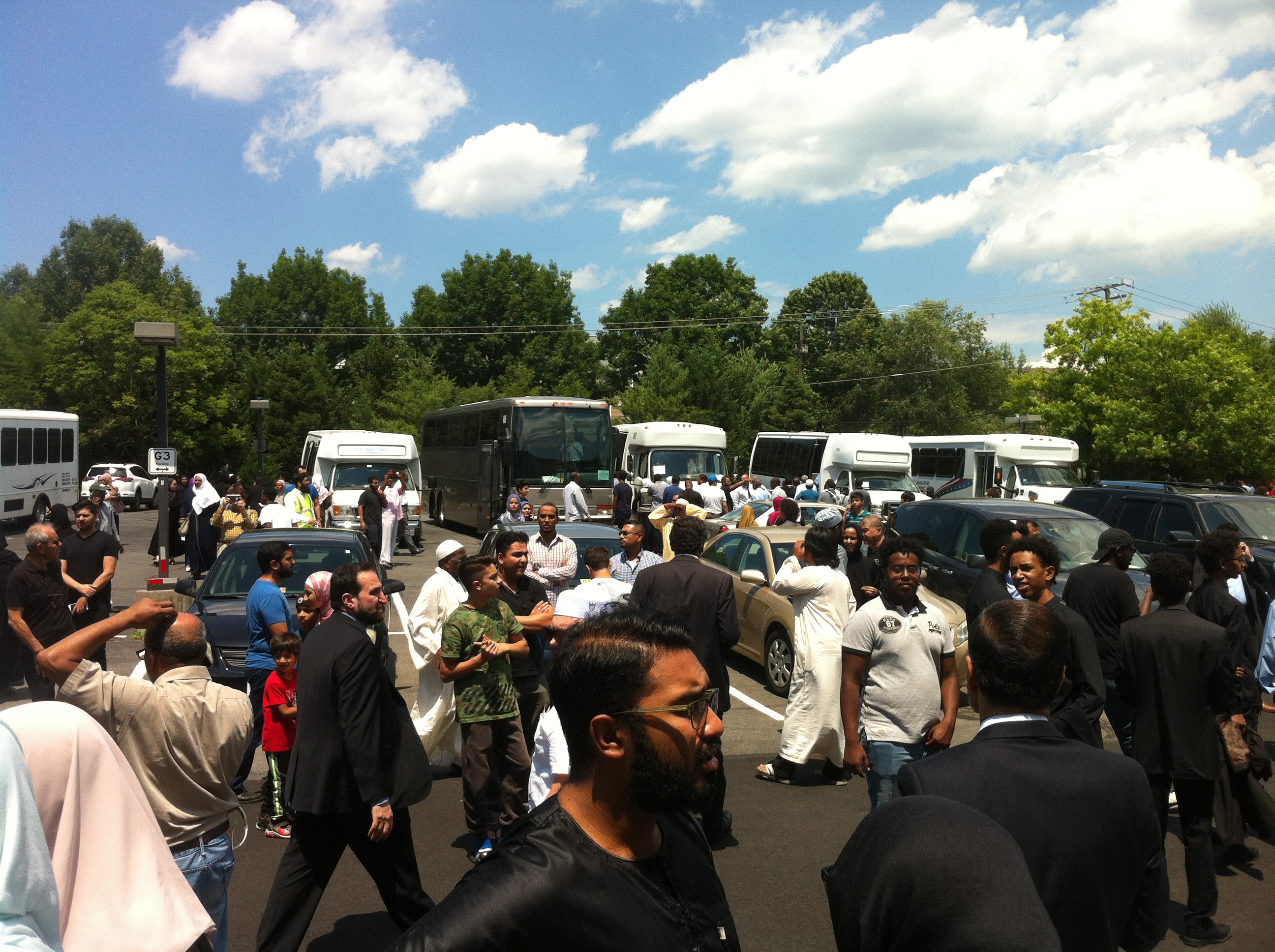 “We are one community, we came to share the pain of our Muslim brothers,” Rabbi Gerald Serotta of The InterFaith Conference of Metropolitan Washington told The Globe Post.

“The loss of this young girl touched my heart, touched everyone’s heart all over the United States and all over the world,” said Andra Baylus of The Greater Washington Muslim-Jewish Forum, while explaining the reason why she attended the funeral.

“Because it speaks to a lot of what we are working for: Unity, harmony, understanding, correcting misunderstanding about religions,” Ms. Baylus said in remarks to The Globe Post. She also appeared skeptical about the official explanation for the death of Nabra.

She said she expects that police would change the course of its investigation after so many people step up and complain about the approach to the tragic incident. “… how can you have “road rage” at 3 o’clock in the morning? It doesn’t make sense. I think there are a lot of people will speak up.”

U.S. Congresswoman Barbara Comstock was at the funeral. She offered heartfelt condolences to the family and laid flowers in memory of Nabra.

“I hope that there will follow with Nabra’s name on different youth groups coming together of different religions and understanding that we are all one. We have one heart and we care about each other. And compassion is compassion no matter what culture is no matter what religion you are from,” Ms. Baylus said.

Climate Shocks Forced Over 100,000 to Flee Home in Burundi: Charity

Climate Change Could Cause 216 Million to Migrate, World Bank Warns

These Divided States of Fear

The New United States Census and the Chant of White Supremacists

Make No Misteak: Our Food Choices Are Not Ours Alone

Despite Western Assertions, Russia Is Not on the Decline