Pittsburgh Rampage: Act of Terrorism Inspired by Ideology of Trumpism

by David Schanzer
in Opinion

Over 1,500 protesters gathered nearby the Pittsburgh synagogue to make clear President Trump was not welcome. Photo: Brendan Smialowski, AFP

As an expert on terrorism and homeland security, but also an American Jew, I am deeply conflicted by the request to opine on the mass shooting in Pittsburgh and ways to address domestic terrorism in the United States.

In my capacity as a terrorism expert, when violence occurs here or abroad, I strive to put the violence in context.

Acts of violence by individuals inspired by political ideology are still rare, despite the overwhelming feelings of doom that accompany what seems to be a constant drumbeat of violent incidents.

Moreover, when you look at society as a whole, the violent perpetrators are almost always on the fringes of society. They often live on their own, with few friends, and little or no connectivity to any community.

The neo-Nazi, alt-right rally in Charlottesville that quickly turned violent suggested that these fringe elements had perhaps found their voice and were eager to claim a place in American political life. But, by and large, healthy American society pushed back.

President Donald J. Trump’s failure to unequivocally condemn the movement exacted a political cost. Subsequent efforts to bring hatred into the public domain have been snuffed by our majority of decency. Here in Durham, North Carolina, the mere rumor of a KKK rally prompted hundreds of multi-racial, multi-ethnic counter-protestors into the streets to send an unequivocal message that hate would not be allowed in our city.

Despite my confidence that the violent racists, anti-Semites, and other haters are deeply outnumbered, the slaughter of Jews attending morning Shabbat prayers hits close to the core. Detached analysis does not feel appropriate or warranted. The context and comparisons I want to express at this moment are times in history when violent hatred prevailed, and hatred rather than virtue infected our public policies.

Maybe every group targeted by a violent attack feels what I am feeling about Pittsburgh: that the violence cannot simply be brushed away as the act of one angry aggrieved gunman, that the attack reflects something deeply broken about modern American society.

I feel that way about the Tree of Life rampage because of the fusion of two disturbing aspects of this horrific event: the anti-Semitic and anti-refugee animus of the perpetrator and the popularity of the rhetoric and ideology of President Donald Trump.

The Fake News is doing everything in their power to blame Republicans, Conservatives and me for the division and hatred that has been going on for so long in our Country. Actually, it is their Fake & Dishonest reporting which is causing problems far greater than they understand!

We Jews know that anti-Semitism is our eternal curse. We know that no matter how much we assimilate, how worthy our contributions to society, or how many acts of love and kindness we perform – it will not go away.

America has been our best refuge, perhaps in our thousands of years of history. Nonetheless, we know the specter of anti-Semitism lurks not too far below the surface. Indeed, anti-Jewish animus has an unbroken streak as the number one motivation for religious hate crimes in America since the FBI began collecting statistics over 20 years ago.

We Jews also know that animus directed against refugees strikes at the very heart of who we are. We were on a refugee caravan when God separated the Red Sea so we could escape from Egypt. From the time our civilization crumbled in Jerusalem, our entire history has been one of an unending search for a place where we could live in peace and security, only to be subjected to persecution, expulsion, and sent wandering for a new place to call home. Even America blocked a boat of Jewish refugees from reaching its shores in 1939, returning them to Europe, where many faced the gas chambers.

It comes as no surprise to many Jews that the Pittsburgh attack took place amidst the toxic rhetoric deployed by President Trump during the midterm election campaign.

Indeed, his entire ideology mixes legitimate topics of political debate with the classic tropes of enmity of minorities, fears of invasion, and dehumanization of “the other,” who he blames for countless (usually illusory) ills inflicting America. We Jews have been the target of such invective many, many times. Even though Trump does not direct his wrath toward us, we know that his intentional, and very successful, stoking of white majority grievance is a very dangerous phenomenon indeed.

All these disturbing trends coalesced in Pittsburgh. A long-standing anti-Semite, newly pumped with rage about Jewish advocacy for refugees, convinced himself – consistent with everything Trump has been spewing – that violent, impoverished, and perhaps even diseased Central Americans were invading America. To stop what he described as a “genocide” against white people, he brought his weapon of war into a synagogue, and murdered 11 Jews in fit of ideological rage. This was an act of terrorism inspired by the ideology of Trumpism. 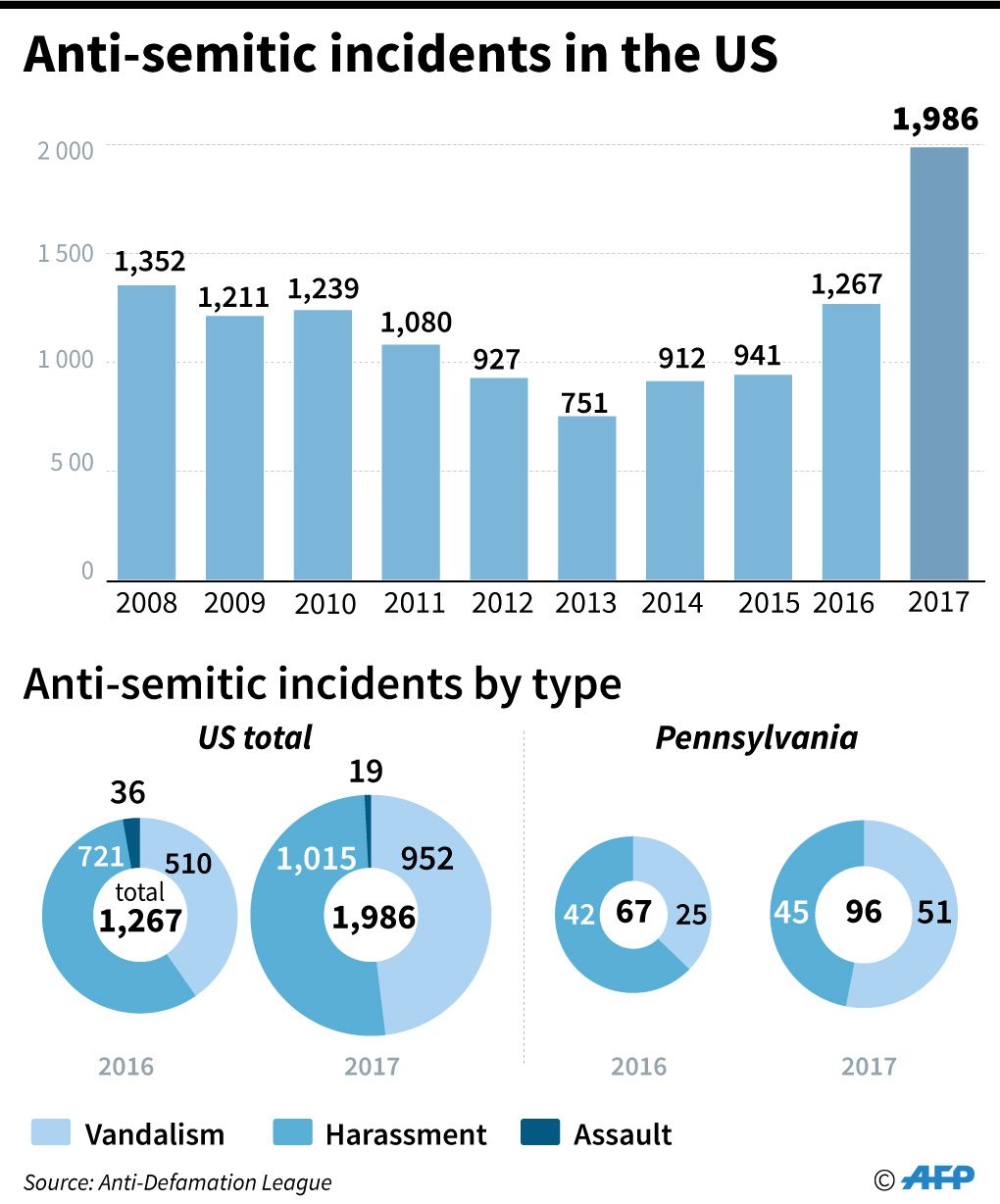 I fervently wish I could identify a set of governmental responses to address the scourge of domestic terrorism that raised its ugly face in Pittsburgh and too many other places than one can bear listing. In comparison, the steps we took to counter al-Qaeda after 9/11 seem obvious. We took the fight to al-Qaeda abroad, tightened our visa system, invested in aviation and border security, and enhanced our intelligence collection capabilities.

Yet, inside America, many of the telltale indicators of potential domestic terrorism are constitutionally protected speech and therefore cannot be outlawed.

More troublingly, our deeply divided and politically polarized society has made it difficult to counter the dangerous aspects of Trumpism. Unfortunately, many Americans who support his approach to taxes, regulation, and immigration are willing to turn a blind eye toward his demonization of racial and ethnic minorities, his labeling of those who disagree with him as enemies, and his flagrant use of nationalist prejudices to heighten division and enmity.

We have little recourse other than continuing to call out and isolate those who peddle in hate. We must work to protect our democratic institutions and use them to bring about change. We will insist on the preservation of human rights and the rule of law.

As a professor, I want to believe that these steps will prevent future Trumpism-inspired terrorism. As a Jew, my genetic warning lights are on.

Disclaimer: The views and opinions expressed here are those of the author and do not necessarily reflect the editorial position of The Globe Post.
Share52Tweet

Iranians Feeling US Sanctions 'in Their Bones'