Iran, Foiled Attacks in Europe, and Consequences for Nuclear Deal

by Paul Knott
in Opinion

An alleged assassination plot by the Iranian intelligence services in Denmark is undermining Europe’s already fraught efforts to salvage the nuclear deal with Iran.

The Danish Foreign Minister Anders Samuelson said the plot targeted three activists from the Arab Struggle Movement for the Liberation of Ahwaz (ASMLA) who are exiled in Denmark. The ASMLA campaigns for an independent state for Iran’s ethnic-Arab minority in the region of Khuzestan, where they form the largest part of the population. Iran proscribes ASMLA as a terrorist organization.

Although news of the assassination plot was not revealed in public until early November, it was uncovered by the Danish intelligence service just days after the September 22 attack by gunmen on a military parade in the Iranian city of Ahvaz. The Ahvaz assault killed 29 people, including several children, and was initially claimed by the ASMLA.

The Danish case is not the first foiled plot in recent months that European security agencies have attributed to the Iranians. In October, the French authorities accused Iran of attempting to bomb a rally in Paris organized by the National Council of Resistance of Iran. This group is more commonly known as the Mujahedin-e Khalq (MEK). It is also considered a terrorist organization by Iran and was similarly classified by the E.U. until 2009 and the U.S. until 2012.

Several arrests have been made in both cases, including that of Assadollah Assadi in connection with the Paris incident, an Iranian diplomat based in Vienna.

Iran has, predictably, denied the accusations against it. Foreign Minister Javad Zarif has even accused Israel of being behind these incidents, calling them “false flags” designed to disrupt Iran’s relations with Europe at a crucial time.

The timing of these alleged plots is surprising. Following Donald J. Trump’s administration’s withdrawal from the Iran nuclear deal, known officially as the Joint Comprehensive Plan of Action (JCPOA), and its re-imposition of harsh sanctions on Iran, the Europeans and Iranians are currently immersed in delicate diplomacy to try to keep their participation in the agreement alive.

Ostensibly, Tehran has little to gain by taking actions that are almost guaranteed to undermine this process. While it conducted an ugly series of assassinations and bomb attacks against Iranian opposition figures in Europe during the early years after the 1979 Islamic revolution, it has apparently ceased such attacks for over two decades, following pressure from the Europeans. Why would Iran start them again now, at a time when it badly needs European favor and support?

The relatively reformist president of Iran, Hassan Rouhani, staked his presidency on the nuclear deal and the economic benefits it promised for his people. Damaged relations with Europe will do him no favors at all. But matters may not be so straightforward for other rival elements within the regime, including some in the Ministry of Intelligence and the Revolutionary Guard Corps (IRGC) that are most likely to have conducted the operations.

Hardliners within the system, particularly the IRGC, opposed the nuclear deal all along. They argued it would restrict Iran’s ability to defend itself against possible U.S.-inspired regime change and regional rivals like Israel and Saudi Arabia.

These hardliners may see stirring up the confrontation with Europe too as a further means to undermine Rouhani and his reformist allies. It could also be used to rally patriotic support for the Islamic Republic system, which has been struggling against mass public protests for the last couple of years.

More murkily, powerful figures within the IRGC and the regime profit mightily from using their power and influence to control large chunks of the Iranian economy. It can be argued that their wealth is enhanced by international sanctions, which reduce competition and increase smuggling opportunities.

For both political and selfish reasons, they would lose little sleep over the failure of Rouhani and the Europeans’ attempts to save the nuclear deal.

Can Europe Save the Nuclear Deal?

On the other side of the coin, it is difficult to see what any European government stands to gain by falsely implicating Iran in these attacks. Europe remains keen to preserve the nuclear deal. It sees the stopping of the Iranian nuclear weapons program it produced as a great diplomatic triumph and vital for its security interests.

Throughout the nuclear deal negotiations, all parties agreed to handle the issue in strict isolation from other areas of dispute and disagreement. To do otherwise would have rendered an already fiendishly difficult process impossible. Despite these recent incidents, the Europeans will be keen to stick to that approach. They are unlikely to link the alleged assassination plots directly to their efforts to save the nuclear deal. 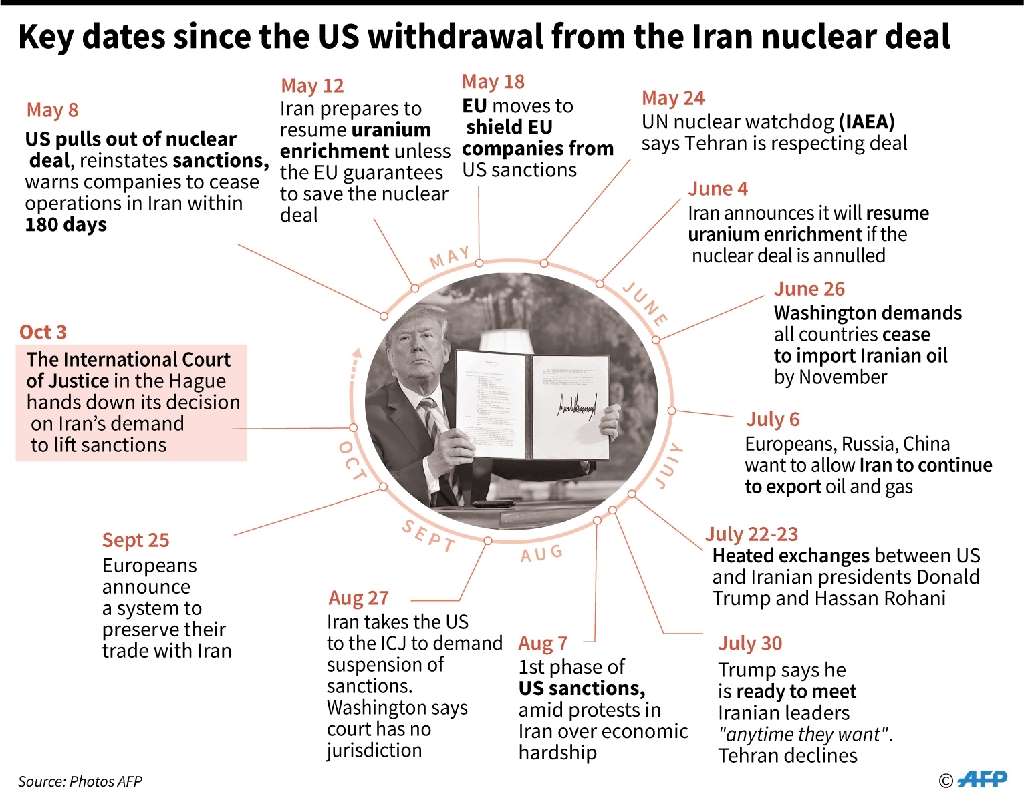 This does not mean that they will not take any other action. Europe’s governments have a duty to deter such attacks and defend their countries against them.

Denmark and France will prosecute any individuals arrested and charged in connection with the thwarted attacks. Their intelligence agencies appear confident that the evidence of Iran’s involvement in directing these plots is compelling. This may lead to unified European sanctions, such as personally targeted travel bans and asset freezes on those implicated in Iran.

But while direct linkage between these incidents and the efforts to preserve the nuclear deal will be avoided, some overlap is probably inevitable.

The U.S.’ expulsion of Iran from the SWIFT banking system for international business transactions is already making it immensely difficult for European governments to keep the nuclear deal alive. The Europeans are proposing to create an alternative to SWIFT. But finding a country in Europe willing to risk the wrath of the Americans by hosting it is proving difficult.

Iran’s alleged involvement in these assassination plots will do nothing to encourage anyone to step forward. As a result, the nuclear deal may collapse by default.

Disclaimer: The views and opinions expressed here are those of the author and do not necessarily reflect the editorial position of The Globe Post.
Share13Tweet