Active Shooters and Rampant Marijuana Use Among Top US Workplace Concerns

by Albert Kim
in Business, National

A shooting occurred at the Capital Gazette in Annapolis, Maryland, on June 28, 2018. Photo: The Baltimore Sun

Workplace violence, rampant marijuana use, cybersecurity, and leave laws top the list of concerns for U.S. companies in 2019, according to the latest survey of more than 800 human resource professionals conducted by XpertHR.

According to the U.S. Bureau of Labor Statistics, shootings accounted for 79 percent of the workplace homicide cases in 2016, while stabbings, cuttings, slashings, and piercings came in at second with 8 percent.

Forty-five percent of the survey respondents described preparing for and responding to an active shooter situation as very challenging. An important concern was fostering a “culture of safety in the workplace.”

“The best way to address a threat of workplace violence is to actively prepare employees and supervisors. Put policies in place for visitor safety, workplace violence prevention, domestic violence and ban weapons from the workplace, to the extent permissible by state law,” Beth Zoller, the legal editor of XpertHR, said in a release on Tuesday. 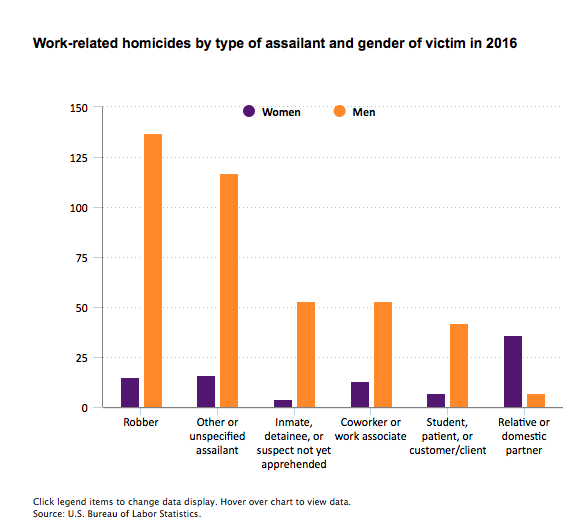 The issue of drugs in the workplace was another important issue.

Medical marijuana is legal in 30 states, while more than 10 states including the District of Columbia, have legalized it for recreational use as well. However, marijuana remains illegal under federal law and classified as a Schedule I drug by the federal government.

Forty-one percent of the respondents said navigating the conflict between federal and state marijuana laws was a challenge. Thirty-four percent also found it difficult to maintain a drug-free work environment.

“The amount of states that have legalized it for medical purposes or even recreational has skyrocketed over the past few years. Companies are asking how they should be dealing with this, because you still need to ensure a safe and secure workplace, and make sure your employees are alert,” Zoller said.

A 2017 poll from Instamotor, an auto sales app which has branched into statistical analysis, surveyed 600 marijuana users in states where it was legal recreationally. Forty-eight percent said they had gone to work high and 39 percent admitted to doing so at least once a week.

Fifty-one percent of HR professionals said they were challenged by preventing cyber breaches and data security, 41 percent struggled to manage mobile devices, wearable technology, and the internet of things, 39 percent found it difficult to manage the use of technology and social media while at work, and 31 percent were worried about safeguarding employee information during a data breach.

Where Do Guns Used to Commit Shootings in Chicago Come From?

Albert Kim is a former The Globe Post intern who is currently active in South Korea as a news broadcaster and actor. Find him on Instagram @ayyykayy47

Russia Says Will Consider Any US Request on JBS Cyberattack

To Pay or Not to Pay? The Dilemma for Ransomware Victims

Internal Battle Rages in US Senate Over Response to Khashoggi Murder