Four Decades of Failed Negotiations: Will Cyprus Ever Unite Again?

by Katerina Antoniou
in Opinion

Cyprus counts more than four decades of division between its Greek and Turkish Cypriot communities. Access to the other side only became possible in 2003. Ever since the division in 1974, leaders of the two communities have tried to lead the island to reunification.

So far, the more than 40 years of UN-mediated negotiations have failed to bear fruit and grant the island’s communities with a mutually agreed peace deal. With the process currently at a halt, both the UN and Cypriot decision-makers are re-evaluating the potential of continuing the negotiations. It leaves Cypriots and international audiences wondering whether the process needs a transformation altogether. 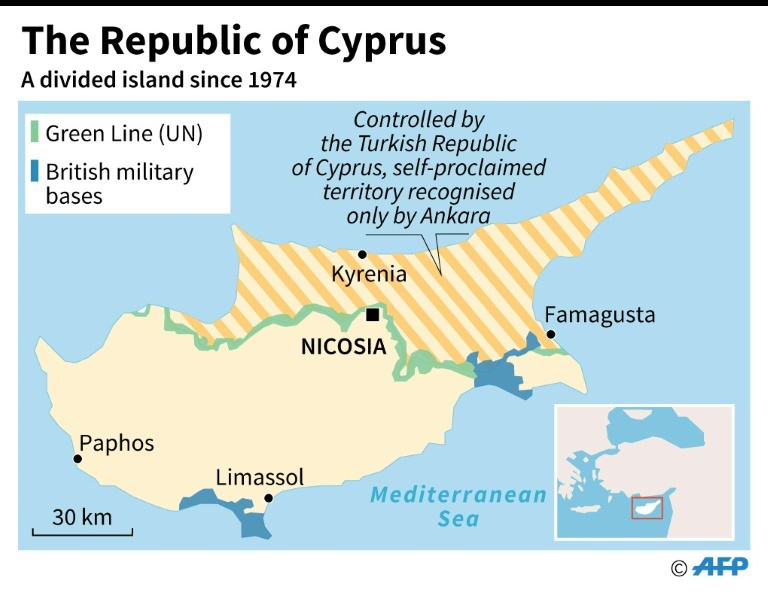 Looking at decades of failed negotiations, it is important to assess the factors that jeopardize the peace process. UN Secretary-General Antonio Guterres has stated that despite the failure to reach a deal during the International Conference on Cyprus in 2017, prospects for a peace settlement are “still alive.”

Nonetheless, the peace process appears to be barely breathing. Many locals are losing hope on the potential of reunifying the island. What are the reasons for the stalemate?

The first problem is that the negotiations are held by elites behind closed doors. All discussions are kept away from the public and their feedback and consultation are restricted. This has severely hindered the process, as it leaves the public disempowered and disconnected from the outcome.

Over the past few years, organized civil society has asked for a seat at the table through several initiatives. Although these steps allowed these organizations to provide their feedback, their inclusion remained at an ad-hoc level, with the general public continuing to be absent and disengaged.

To keep the peace process alive, the Cypriot people should be engaged directly and be enabled to know, understand, and own the outcome. This could be achieved through social mediation, by facilitating dialogue among members of different social, ethnic, religious or racial groups, to reach an agreement, compromise, or solution to the conflict.

Social mediation is a tool that has been gaining popularity for aiding small-scale conflicts but is yet to be utilized in large-scale ethnic conflicts. Could social mediation be applied to Cyprus in addition to the UN-lead mediation taking place at the decision-making level?

The answer to this question goes back to civil society’s engagement in a more open and democratized peace process. Social mediation can become widely available if applied through relevant civil society organizations, trainers, facilitators, and social mediators. They could deliver social mediation sessions for the general public and use their feedback to inform decision-makers.

Another critique that applies to the Cyprus peace process is that negotiations can only be successful if the opponents are ready to reach a solution. Professor William Zartman indicates this “ripeness of disputants” as a key factor for success. Without the adversaries being ready to reach a deal, a peace process like the one in Cyprus can’t be effective. One can argue that with the Cyprus peace process remaining unsuccessful, the unreadiness of the leaders is an important factor preventing the island to reunify.

Looking at what is missing in the Cyprus peace process, social mediation appears to be an effective way to hold the leadership accountable. Social mediation can engage and empower the general public by directly engaging them.

By applying social mediation, the public has the chance to debate unification, even if the discussions of political leaders take place behind closed doors. Social mediation can give citizens insight as to which issues are truly non-negotiable and which could be resolved. It would allow them to demand action from their leaders.

In addition to what is missing, however, it is important to see what the process already entails.

Since 1977, the peace process has evolved around the Bizonal Bicommunal Federation (BBF) model. This model of federation would allow the two communities to keep their ethnic character and coexist as separate administrations under the same sovereign state.

The two separate community administrations would have authority over certain operations at the community level, while the state’s federal government will hold a number of state-wide and foreign policy functions. The division of powers and operations is yet to be decided through negotiations.

The BFF model was agreed by the Greek and Turkish Cypriot leaders in 1977, endorsed by their successors, and supported by the UN and the international community. But with the peace process remaining at stalemate some local stakeholders, including political parties and academics, have questioned whether this model is the right one to yield a solution for the island.

Nevertheless, the BBF model is a broad structure with a range of applicable scenarios. It can therefore very possibly be a sustainable model for Cyprus. The characteristic that has made the BBF model the prominent option for Cyprus is its ability to shield minority ethnic groups against an ethnic majority with a perceivable hostile agenda. It ensures that citizens will not only be represented but also that they will not be marginalized from the public sphere.

In recent statements, President of the Republic of Cyprus Nicos Anastasiades introduced the option of a loose BBF model. This had not been on the table before. Anastasiades suggested that a BBF model could still be an option for Cyprus, but instead of having a strong central federated government, more powers would lie in the two communal administrations, which would operate more independently.

This idea increased public discussion on what a loose federation would look like compared to a more centralized one. The option revealed that the BBF model could come in various designs, which the two sides could draft accordingly.

The loose BFF idea comes at a time the peace process needs a change of direction. Exploring the BBF model in broader terms could give decision-makers an advantage and broaden their options in a period of deadlock.

Considering that both communities will be asked to approve a future settlement, a lot more should be done in raising public awareness on what a BBF model entails and what versions it can cultivate in.

More importantly, however, the general public should have a say in what their future system of governance would look like, in order to understand and uphold it. Social mediation can again act as an effective tool for including the public in the design of a solution.

Directly involving the members of Cyprus’ partitioned communities and empowering their voices in a public dialogue will not only create new momentum that will inevitably influence leadership ripeness, but it will also make the process more democratic. It allows the direct engagement of the primary stakeholders and could draft a solution that is accepted by both communities.

Social mediation is a tool that can revive and enrich public dialogue in a peace process that is otherwise dying and, although it is not the only tool necessary to make a peace settlement possible, it is certainly a much-needed addition to the attempt towards a sustainable and mutually agreed on peace deal for Cyprus.

Disclaimer: The views and opinions expressed here are those of the author and do not necessarily reflect the editorial position of The Globe Post.
Share74Tweet

Civilians Flee Homes Amid Fears of Fresh Violence in Somalia