Division, Departure, and a Return to Principles: Why and How Europe Must Unite

by Kevin Keith
in Opinion

With arms outstretched across my bed, grandad’s military greatcoat provided warmth on winter nights. Coarse against my face, of a weight that pressed heavy upon my chest, and with an aged scent of responsibility that I, as a child in 1980s Liverpool, England, knew little about. It was made for those who fought the cold of war to provide the warmth of peace that followed.

A warmth known as Pax Europaea or the European Peace that has been sustained by economic and political unification, from the European Coal and Steel Community to the European Union, the Single Market to the “four freedoms” of movement – goods, capital, services, and labor. A warmth that in 2012 received a Nobel prize for “the advancement of peace and reconciliation, democracy and human rights in Europe.” A warmth under threat from division, departure, and a fading memory of the cold.

The EU is an unique project that replaced war with peace, hate with solidarity. Overwhelming emotion for awarding of #Nobel prize to EU.

In the low wintry light, I watched atop a sand dune as a fallen soldier’s portrait was etched on to the beach below. It was one of many across the United Kingdom to commemorate the century since the end of World War I. Such was the scale of this portrait that it could only be viewed from a distance, like how many now view war itself. “Do you remember the rats and the stench of corpses rotting in front of the front-line trench,” wrote Sigfried Sassoon in his 1919 poem The Aftermath. Year after year, wave after wave, we say goodbye to those who did remember, like the portrait slowly being washed away by the encroaching tide below.

Yet while living memories of war fade, collective responsibility for what is yet to come must not. Just as the driver who has never crashed must remain focussed on the road ahead, it is incumbent upon those who have never faced war to take peace forward. To learn from the past to carry the voice of the fallen and build on the success of generations prior. To prevent what is new being what is forgotten.

When B-29 bombers returned from campaigns with fuselages full of bullet holes, a decision about where to reinforce through additional armor seemed simple to U.S. Defence officials: the fuselage. Yet mathematician Abraham Wald insisted it should go where there were no bullet holes. This, he explained, was because data had been compiled only on aircraft that had returned and not those lost, so it was likely the unscathed areas protected critical components for flight.

The risk of damage or imperfection is people intuitively underestimating existing value: a mirror reflects not the beating heart or breathing lungs, it reflects the pimple. Yet through consideration of loss, by thinking of those who returned as memories, it is possible to discover where to focus, where to strengthen, where to reinforce. As was the case following the loss of millions of lives in a war the League of Nations failed to prevent. It did not fail because of its “principles or conceptions,” explained Sir Winston Churchill, “it failed because these principles were deserted by those states who had brought it into being.”

Human dignity, freedom, democracy, the rule of law, equality, and human rights: these are the principles of the European Union. What makes it work. Principles that determine where to focus, where to strengthen, where to reinforce. Yet for decades they have been separated from and overshadowed by economic debate. A point made in 1973 by then Prime Minister of the United Kingdom Edward Heath, who upon joining hoped to go “well beyond the questions of tariff and trade” and “come together as neighbours to achieve by cooperation the many aims which we share and which we could not possibly hope to realize in isolation.”

Climate change, terrorism, pandemics; violations of international law, declining global leadership, a shifting world order; misinformation, ethics relating to artificial intelligence, technology companies of such scale that there are no equivalents to apply a Montesquieu-esque reasoning that “power should be a check to power.” The need for cooperation beyond tariff and trade is as evident as ever, yet it is a contrasting political movement that is on the rise.

Those in fear of seeing fewer people like themselves in their community or who feel powerless over the pace of change; those who feel their political party is less theirs, that elected representatives are less representative or who feel overlooked by economic opportunity, have united in division: the pure people versus the corrupt elite. Since the turn of the century voting for populist parties in national votes across Europe has increased from 7 percent to 25 percent.

In the United Kingdom, this division is exacerbated by a longstanding crisis of identity because, to quote former U.S. Secretary of State Dean Acheson speaking in 1962, it “lost an empire and has not yet found a role.” It is still looking. 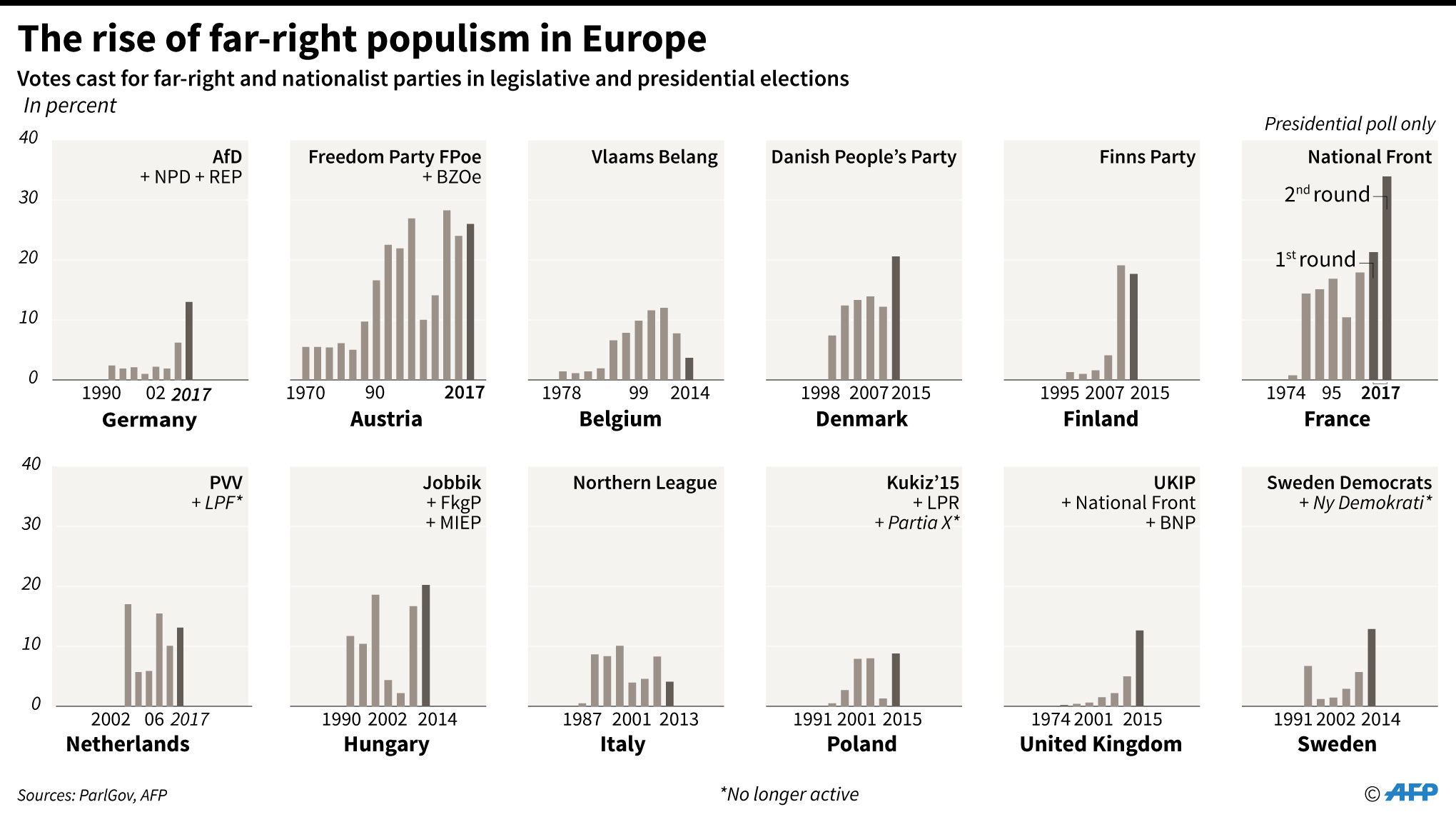 Yet there is opportunity in crisis. The European elections provide an opportunity for a campaign to embolden why at the expense of what and give greater volume to reasoning. A campaign to move the debate away from the rigidity of rules or regulations where citizens devolve accountability to institutions, to the flexibility of principles and ideals where accountability rests with citizens, and there is greater potential for consensus. A campaign that promotes human dignity by demonstrating the stake we have in each other and highlights the inalienable truth that societies know more when people know different. A campaign that shows countries are defined not by borders but by values.

It is on these terms that a second referendum must take place in the United Kingdom. Amidst the what (the backstop, the customs union, the single market) must be heard the why (peace, freedom, dignity) for it is these that will build consensus and answer a question of greater significance than membership of the European Union. The question about who we are, what we stand for, and the principles that define our country.

Disclaimer: The views and opinions expressed here are those of the author and do not necessarily reflect the editorial position of The Globe Post.
Share2Tweet

Writer and researcher from the United Kingdom. Previously a company director of GovHack Australia Ltd, promote open data as a tool to strengthen democracy, media adviser to industry body Consult Australia, adviser to Australian Capital Territory Government on city branding, and researcher on the UK #1 bestselling book on politics, business, and sport by Alastair Campbell: Winners and how they Succeed. Follow him @KevKeith

Sounding the Alarm: Universal Basic Income And The Rise of Automation