Widespread Misery: the EU Continues to Erode the Rights of Refugees

Over 5.6 million people have fled Syria since 2011. Photo: Nikolay Doychinovnikolay/AFP

Millions of refugees – mostly from Syria – have poured into Turkey since the outset of its Southern neighbor’s bloody civil war in 2011.

And though the war appears to be winding towards a conclusion, some 3.5 million refugees remain in Turkish territory today, the largest refugee population of any country on Earth.

Those who remain there face bleak living conditions and an uncertain future, particularly as far-right, anti-migrant political parties have gained influence across Europe.

In March of 2016, Turkey and the European Union reached a landmark resettlement agreement. But as the third anniversary of the agreement came and went this week, international humanitarian organizations warned that refugees in Turkey could be pushed back into harm’s way because of the lack of long-term prospects for them.

“Three years after the E.U.-Turkey statement was agreed, Europe is neither providing sufficient support to refugees in Syria’s neighboring countries, nor giving people necessary protection within its borders,” Edouard Rodier, Director of the Norwegian Refugee Council’s Europe office, said in a statement.

Rodier was joined by his colleagues from Doctors Without Borders (MSF) in denouncing the lack of progress from European leaders in finding long-term solutions for those in need of resettlement.

“For the past three years, the EU-Turkey deal has trapped thousands of men, women and children in overcrowded, unsanitary, unsafe and degrading conditions with little access to basic health services, which has resulted in a deterioration of their health and well-being and caused widespread misery,” MSF said in a statement.

This week, The Globe Post spoke to Rodier about the legacy of the EU-Turkey agreement and NRC’s calls for greater resettlement efforts for refugees and asylum seekers from leaders in Europe and around the world.

Q. Reflecting on the EU-Turkey agreement three years later, is it fair to say the agreement has thus far been a failure?

Rodier: From the E.U.’s perspective of preventing refugees reaching Europe, it has worked. Less people are currently arriving in Greece from Turkey than during 2015 and early 2016. However, the deal turned Greece into a testing ground for European Union policies that are eroding the rights of refugees and asylum seekers, and expose people to risk and abuse.

Q. What have been the consequences of the shortcomings of this agreement for the roughly 3.5 million refugees in Turkey?

Rodier: Turkey has shown remarkable generosity in hosting so many refugees, particularly from Syria. However, this high number of refugees coupled with the low number of resettlements placed a considerable strain on the Turkish asylum system and the government’s capacities to cater for the needs of the refugee population. There are still shortcomings in relation to access to asylum procedures, to the access to the formal labor market and to public services such as primary education for all school-age children.

Q. What are the conditions like for these refugees on the ground in Turkey? And how great is the concern that some of them will be pushed back potentially into harm’s way in Syria because of a lack of long term prospects for them?

Rodier: NRC is deeply worried that refugees in Syria’s neighboring countries will feel forced or pushed back too early. We know that most refugees wish to eventually return and rebuild their lives, and the international community should help them make this a reality. But no person should be pushed or forced back to areas where their lives can be in danger. Donors must continue to provide necessary support to neighboring countries, so that refugees can continue living in safety and dignity.

Q. In what ways would there conditions be improved if they were able to be successful resettled to other countries in Europe?

Rodier: According to the United Nations High Commissioner for Refugees (UNHCR), there is still a need for substantially increasing resettlement of Syrian refugees. These are persons with particular protection needs and vulnerabilities.

Resettlement is a tool to offer protection to those most at risk and to ensure better international responsibility sharing. It involves the relocation of refugees from a country of asylum to a country that has agreed to provide them with protection. In 2019, it is estimated that 1.4 million refugees will need resettlement, according to the UN High Commissioner for Refugees (UNHCR). Last year, less than 5 percent of the resettlement needs were met. 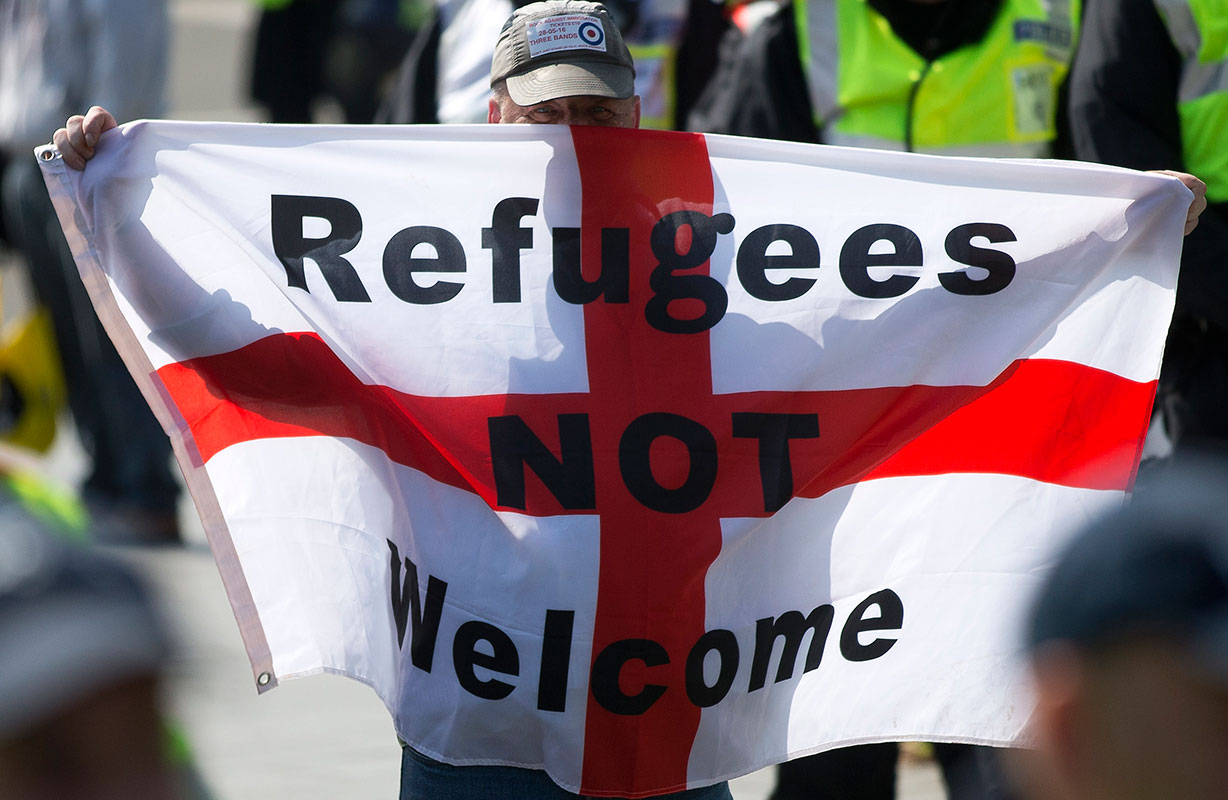 Q. What are the greatest obstacles preventing greater responsibility sharing on the part of the EU countries?

Rodier: While some countries, such as Hungary and Poland, have opposed any mandatory responsibility sharing for refugees in Europe, more moderate and mainstream European politicians and governments have failed to champion and reach alternative agreements after the 2017 termination of the one relocation scheme that, despite its shortcomings, actually worked.

With seemingly no broader E.U. consensus in sight, we call on individual countries and political parties to take the first steps out of the current deadlock. Renewed relocation initiatives from Greece would be a good place to start, to secure better European responsibility sharing and less haphazard protection for refugees.

The Trump effect: total number of refugee’s admitted into the U.S. by Fiscal Year
Infogram

Q. Is there a role that other non-EU countries, like the United States, could play in helping to alleviate this untenable situation?

Rodier: The United States has traditionally been among the most welcoming destination countries for refugees. In 2016, the United States resettled 78,761 refugees in co-operation with UNHCR. In 2018 that number had fallen dramatically to 17,113. Obviously, a return to previous numbers would constitute a major contribution and a much-needed step forward.

Rights activists accused Europe in January of clinching a new “record of shame” with its refusal to open ports to migrant children and families stranded at sea in the Mediterranean.

The latest standoff involves 32 migrants who were rescued at sea on December 22 but have not yet been given permission to land anywhere.

“It’s now been 14 days left alone at sea. A new record of shame,” the Mediterranea collective of aid groups and associations said on Twitter as it launched a mission to deliver aid to those stranded in stormy weather off the coast of Malta.

What Has Guaido Achieved as Venezuela's US-Backed 'Interim Leader?'