by Peter Run
in Opinion

Demonstrators in Sudan have not been satisfied by the ouster of Bashir, demanding a transition to a civilian government. Photo: AFP

If you ask anyone following current and international affairs what is going on in Sudan, they will probably tell you that there have been protests for months. If they are really detail-oriented, they might tell you that the demonstrations started over the price of bread – both as a metaphor for costs of living and as a real staple.

If they are up to date, they might also tell you that these protests led to arrests, deaths, and more threats of killings, until army members decided to side with civilians after the president’s paramilitary group, known as the Rapid Support Forces, used live ammunition and killed protesters. 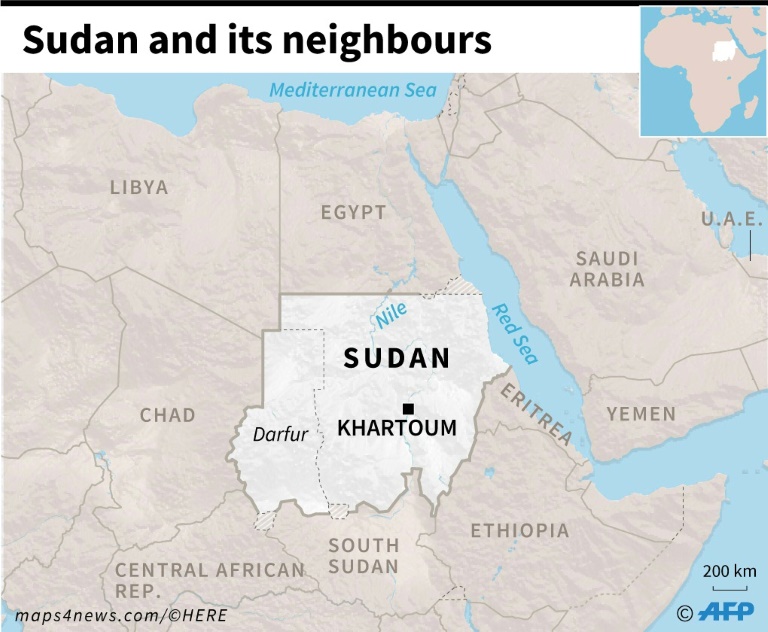 They may even tell you that the military leaders saw this confrontation as mutinous. However, this created a dilemma for the army leaders: to side with the government and discipline the soldiers or to overlook disobedience and help the protesters in toppling President Omar al-Bashir.

Finally, they might tell you that the army’s intervention came with a promise of a two-year military-led transition period rejected by the demonstrators. This is the current impasse.

What they are unlikely to tell you is that while these things are happening in the capital Khartoum, there are five (!) concurrent civil wars in Sudan. The relationship between these wars and what is unfolding in Khartoum cannot be understated and falls into patterns of coups and uprisings, while the civil wars rage in the background.

Coups in Permanent State of War

In its short history, Sudan has experienced seven military coups. Only three of these, including the latest, had urban civilian uprising as one of their catalysts. The other four coups found their roots in the regimes’ weakness in times of war, combined with rising living costs, principally in Khartoum.

However, there is one thing they all have in common: occurring during war. The Sudanese military has been in a permanent state of war since the country gained independence in 1956. In some periods, the war was intense, at other times, less so. Even the little reprieve between 1972 and 1983 did not eliminate armed opposition since soldiers who refused to join the 1972 Addis Ababa peace agreement formed Anya Nya II, a southern Sudanese separatist rebel army that continued fighting.

This permanent state of war left the military hyper-vigilant about social and political change. For instance, the 1969 coup leaders sought to make peace with the resistance movements in the region that is now South Sudan. This commitment led to the Addis Ababa peace deal. When then-President Gaafar Nimeiry abrogated the accord and forced the war-weary Sudanese army to confront a better equipped and organized Southern rebellion in 1983, his government did not last. Two years after the Nimeiry’s action, the military supported a coup and reiterated their commitment by both returning power to civilians and making peace.

Sudan’s ousted President Omar al-Bashir. Photo: AFPThe coup leader at the time, Abdelrahman Swar el-Dahab, made good on his promise. However, the civilian government of Sadig al-Mahdi did not take the commitment to peace as seriously as the army expected. When Omar al-Bashir ousted al-Mahdi’s government, three years after it had taken office, he declared that he would end the civil conflict with the southern provinces, one way or another. Bashir tried more than two options, but the war eventually ended in what many people in Khartoum see as a defeat.

Defeat or not, Bashir understood that it was a war that the military wanted to end. Unfortunately, for him, peace with South Sudan did not stop armed resistance in Darfur, Kordofan, Southern Blue Nile, and other parts of the country.

With wars in many regions of Sudan, Khartoum’s population has become the main – if not the only – reliable center of support for the military. That, to me, explains young soldier’s seemingly mutinous behavior in support of civilians and the need for the army leaders to carry out the coup because it was probably the most tenable course of action. We are talking about strategic thinkers fighting five wars and facing political uncertainty in a time of increasing economic crisis.

It can now be said that all Sudanese military dictatorships have been taken down by popular uprisings. This is probably truer for the 1964 revolution than any subsequent military rule. What characterizes the cycle of civilian uprisings and military coups is the failure of Sudanese elites to deal with the country’s permanent presence of violent conflict. The wars that the military can’t win and civilian governments won’t resolve explain uprisings just as well.

When protests began in Khartoum in 1964, it was largely because General Ibrahim Abboud’s government tried to shut down debate about the war in the southern provinces – now South Sudan. The demonstrations started at the University of Khartoum, intensified, took on issues that were important to trade unions and the urban elites, and ultimately forced Abboud to resign. The “southern problem,” as the civil war had become known, took a backseat in the new civilian government of Sadiq al-Mahdi. This question of the war led the army to resume control in 1969.

The 1985 civilian uprising is often attributed to higher living costs under Nimeiry’s dictatorship. This narrative overlooks the fact that the abrogation of the Addis Ababa agreement and the resumption of fighting in Southern Sudan in 1983 had already created dissatisfaction within the army. The protests and other convenient circumstances made the 1985 coup desirable for the military.

The most recent urban civilian uprising and subsequent military coup fall into a neat pattern of coups and mass protests. The military has often maintained a long-term objective of escaping the permanent state of war they have found themselves in. However, this object cannot be achieved without the support of the urban masses, especially in Khartoum and the Nile Valley.

Unfortunately for the military, the urban masses have consistently failed to realize that Sudan is much larger and the majority of the people outside the Nile Valley are willing to resist the narrow interests of Khartoum by all means necessary. This means that the military has an interest in staying involved in politics in some fashion, even if they have to give in to many of the protesters’ demands.

Conflict resolution researcher at the School of Political Science and International Studies, University of Queensland, Australia

No, We Are Not Facing a Crisis in School Safety