by Howard Yu
in Opinion

It’s common knowledge that while humans now live longer, companies die faster. The average life-span of companies listed in Standard & Poor’s 500 was 61 years in 1958. It’s now less than 18 years, according to a study by McKinsey. Other research has suggested nearly 50 percent of the current S&P 500 will be replaced over the next ten years. They collapse or vanish with great rapidity, like Polaroid, Kodak, Blockbuster, and Motorola, because they don’t adapt.

The story of Huawei is different. If it were to vanish, it wouldn’t have suffered a natural cause of death due to disruptive technology or market competition, but because of a government’s effort to annihilate it.

When the news broke on Tuesday that Google would no longer provide Huawei – the second largest user of Android after Samsung – with any direct technical services, senior employees at Huawei expressed disbelief because they, unsurprisingly, thought that the handset business involves a consumer product, “that has no relationship to network security issues.” They thought national security would be a subject with more nuanced thinking. They were wrong.

That morning when the news broke, I was preparing for my class on the topic of international trade. I found myself unable to decide what to teach. I could only remember one proposition with which virtually all economists would agree: trade is almost always better than economic separation.

The theory of comparative advantage, one of the oldest theories in economics, holds that every country has an advantage in some specific production capacity – if it can specialize – and should, therefore, trade with the world based on that unique strength. Don’t try to make everything for everyone. Specialize, even when it’s bananas or plastic flowers or sneakers or T-shirts, and then trade some for computers or mobile phones or a Mercedes.

Such is the doctrine of economic “liberalization” that gripped Southeast Asia from Malaysia to Taiwan to South Korea after the financial crisis of 1997, when the International Monetary Fund and the World Bank were supposed to bring economic development funded by international loans but instead mostly just brought huge debt and economic-austerity programs to pay off those debts – one incident that has led me to view government intervention with a somewhat doubtful eye.

Even more dubious today is how the theory of comparative advantage has largely disappeared from public discourse except among university textbooks. It seems that comparative advantage is no longer advantageous and thus invalid when Shenzhen can make routers and switches better and cheaper than Silicon Valley. The prospect of Californians specializing in winemaking and buying telecom equipment on the open market doesn’t seem that appealing after all.

Appealing or not, a 2012 New York Times article explored the how and why of Apple’s manufacturing in China:

“Apple’s executives had estimated that about 8,700 industrial engineers were needed to oversee and guide the 200,000 assembly-line workers eventually involved in manufacturing iPhones. The company’s analysts had forecast it would take as long as nine months to find that many qualified engineers in the United States. In China, it took 15 days.”

But it’s not just product assembly; it’s also about startup mentality. LinkedIn co-founder Rein Hoffman observed it firsthand at LinkedIn China. To make a tight deadline for a project codenamed “Red horse,” his China team leader Derek Shen simply moved the entire development team to a hotel for two weeks so that its members could work around the clock without any of the distractions of normal life. Those “distractions” are what Westerners call “home life.” The idea of a so-called work-life balance doesn’t exist yet in China. Yet, because of this work ethic, China has managed to lift billions out of abject poverty.

Where Are We Heading?

A recent editorial in The Washington Post described how the White House administration “owes the public answers about its restrictions on Huawei,” because neither the United States nor any of its allies have produced concrete evidence, “proving that Chinese intelligence uses Huawei technology to penetrate other countries’ networks.” Another op-ed in Foreign Policy said the process by which Huawei is banned should be made with “a level of credibility, objectivity, and transparency” – of which all three are lacking. 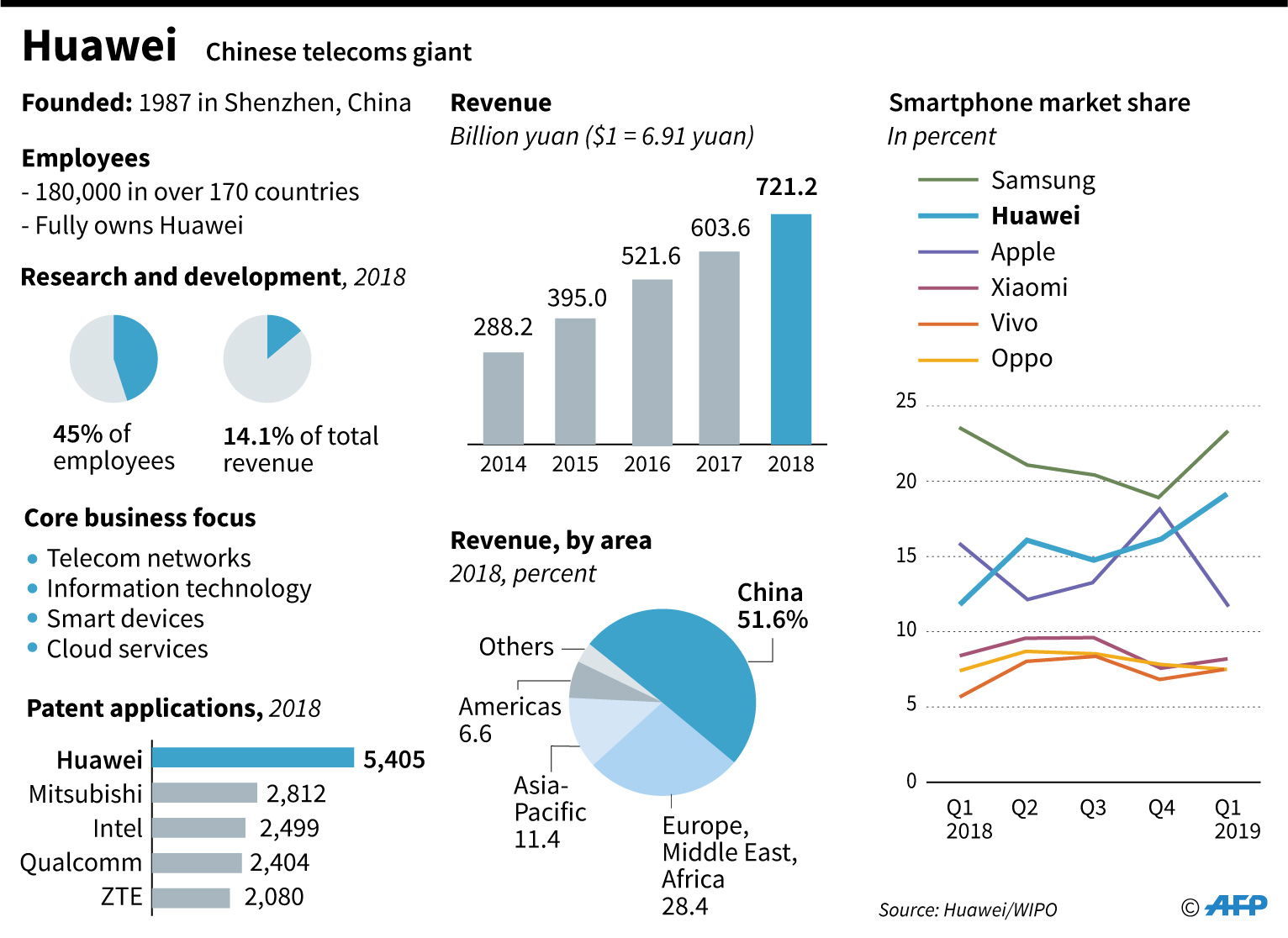 It’s therefore hard to predict what scenarios will we arrive. For businesses to thrive and global trade to flourish, they all depend on a clear rule of law and a sense of predictability and openness. Now that a government can choose to selectively destroy a company without naming specific wrongdoing and without a trial, aside from suspecting it of being too cozy with the Chinese regime, has essentially transformed an economic calculation into a wartime mentality.

We don’t know if Huawei will survive, but we do know Huawei is not going to give up the struggle nor will the Chinese government halt its pursuit of advanced technologies.

During WWII, the U.S. government commandeered a nascent pharmaceutical industry to undertake a large-scale production of antibiotics. The Allied powers saw that the loss of military lives was as much due to unsanitary conditions and infection as it was to bullets and bombs. Antibiotics had yet to be manufactured at scale. Twenty-two pharmaceutical companies were enlisted to join a national program based on their prior experience with penicillin, knowledge of fermentation methods for the production of chemicals, and experience with biological products. Though no firm had adequate expertise in all three areas, each had expertise in at least one. The national partnership set aside commercialism, patents, and antitrust laws to encourage sharing information and know-how. Companies were charged with finding ways to mass produce antibiotics, which ultimately helped win the war.

Huawei lacks software capabilities and had thus been relying on the Android operating system. But Tencent’s WeChat has developed its own eco-system spanning from mobile payment to a platform on which millions of third-party apps are already available. Baidu offers maps and other video hosting services. Alibaba’s cloud computing capacity rooted in its e-commerce operation is arguably second only to Amazon.

The U.S. crackdown, paradoxically, may awaken a Chinese determination to become totally self-sufficient across the entire I.T. value chain. Though we don’t know if Huawei will last, one scenario, which seemed unthinkable the day before yesterday, is now becoming a plausible outcome. That scenario is where China’s I.T. sector breaks away from its Western heritage entirely.

The crackdown on Huawei could end up accelerating a vastly different technological agenda not only in China but across Southeast Asia, the Middle East, and Africa. The logic is simple: if you are a poor country that lacks the capacity to build its own data network or is distrustful of Western democracy, you’re going to feel loyal to whoever helps build the skeleton at a low cost.

In other words, the policy of sanctions and disengagement simply reduces the U.S.’s ability to monitor, let alone influence, the growth of an emerging techno-authoritarian bloc. If the Cold War’s nuclear arms race has taught us anything at all, it’s that maintaining some degree of openness with your adversary is the best defense against a catastrophic outcome.

Disclaimer: The views and opinions expressed here are those of the author and do not necessarily reflect the editorial position of The Globe Post.
Share19Tweet12

LEGO professor of management and innovation at Switzerland's IMD and director of the advanced management program (AMP). His book Leap: How to Thrive in a World Where Everything Can Be Copied was published by PublicAffairs

What Progressives Can Learn from Bernie Sanders’ Campaign

UN Agency For Palestinians Rejects US Call to Dismantle It

What Progressives Can Learn from Bernie Sanders’ Campaign