Spying On Erdogan’s Critics In Germany Dates Back to 2014, Docs Show

Espionage activities by imams for Turkey in Germany date back as far as 2014, according to documents obtained by The Globe Post, which also reveal that the order directly came from the Turkish government.

More than a dozen documents show that the Turkish Consulate in Karlsruhe appointed Salim Uzulmez as an “inspector” and instructed him to interrogate Turkish residents in Waghausel as part of an ongoing investigation. Mr. Uzulmez has been working at Lahr mosque since Sept. 16, 2014.

He interrogated at least 7 residents and unsuccessfully attempted to interrogate 2 more, to find out if Halil Yalcin of Waghausel had been speaking out against President Recep Tayyip Erdogan and if he is a follower of Turkish cleric Fethullah Gulen, Mr. Erdogan’s chief nemesis.

The spying allegations have been a cause for tensions between Turkey and Germany in recent months. While Turkish prime minister was on his way to Germany last week to marshal support for a referendum that would expand presidential powers, German authorities raided houses of imams suspected of spying for Turkey.

Germany’s Federal Public Prosecutor’s Office (GBA) argued that the imams spied on people in Germany at the order of Turkey’s state religious body issued on Sept. 20, 2016.

German prosecutors said in a statement last week that the imams were spying on followers of Mr. Gulen, who is accused of masterminding the coup attempt last summer.

German Justice Minister Heiko Maas said after the raids that the imams were members of Ditib, a German version of Diyanet, Turkey’s state-run religious affairs directorate. Ditib imports imams from Turkey to preach for nearly 3 million Turks in Germany.

“Whoever uses Islam as a cover for espionage cannot rely (for protection) on the freedom of religion. If the suspicion that some DITIB imams were spying is confirmed, the organization must be seen, at least in parts, as a long arm of the Turkish government,” Minister Maas said, according to the local German media.

German prosecutors claim that the raids were aimed at digging more about the espionage activities. “The suspects are suspected of having collected information about members of the so-called Gulen movement and passed it on to the general consulate in Cologne,” Reuters quoted the GBA as saying.

In one of the documents obtained by The Globe Post, Mr. Uzulmez, the imam instructed by the Turkish Consulate, asks Emin Yuksel if he knows Mr. Yalcin and whether or not he was spreading a Gulenist propaganda. Mr. Yuksel dismissed allegations. 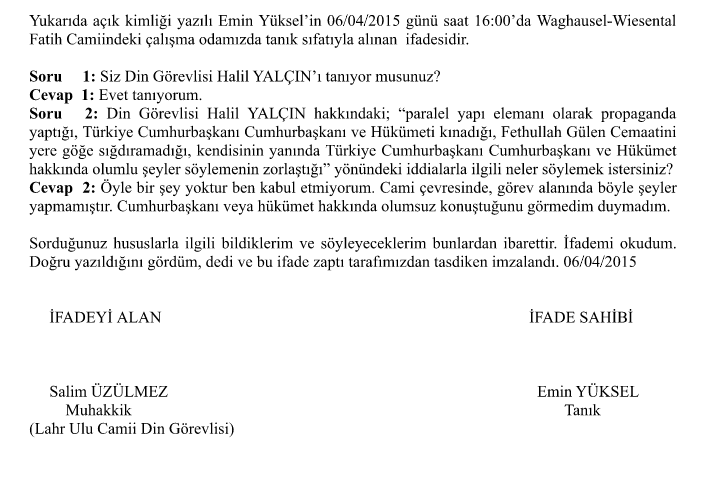 In another interrogation, Mr. Uzulmez asks similar questions to Halil Burdurlu, who recalls one of their conversations about Mr. Gulen during their bus ride. 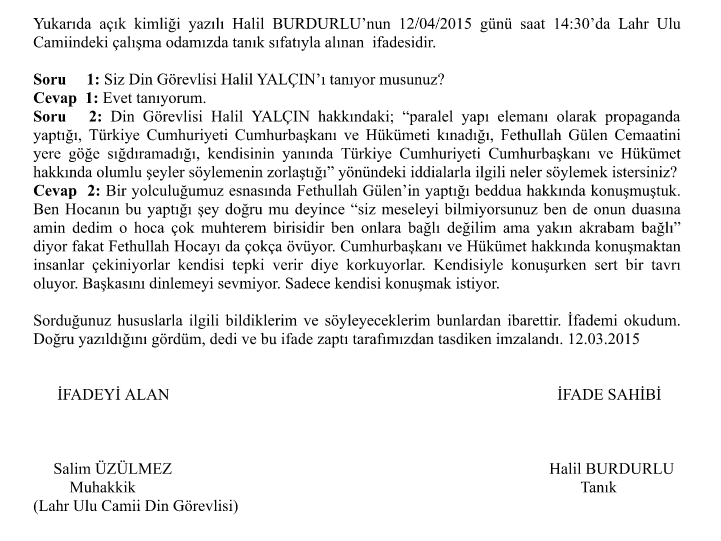 All interrogations were carried out in Ditib mosques, according to official documents submitted to the Turkish Consulate in Karlsruhe.

Mr. Uzulmez concluded the investigation on May 26, 2015, and submitted the documents to Mehmet Tekin, Religious Services Attaché at Turkish Consulate in Karlsruhe. 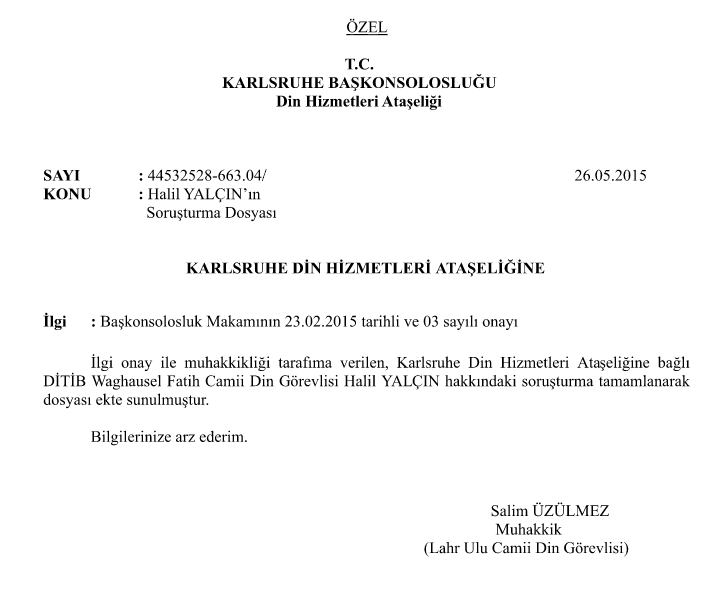 Sources of the documents will remain anonymous to avoid retribution by the authorities.

Mr. Yalcin said he would cut short his remarks and referred Mr. Uzulmez to his earlier defense, which was delivered on Sept. 29, 2014, as part of another, similar investigation.

Earlier this month, German Chancellor Angela Merkel was in Turkey, who also denounced espionage activities of imams for Turkey in Germany.

In Austria, similar allegations were also surfaced recently, with the religious affairs directorate run by the Turkish state were alleged to have been spying on followers of the Gulen movement.

Is Turkey Safe For Foreign Journalists?

As White Americans Die, Racial Inequality in the US May Get Much Worse

We Beg Your Pardon: Presidential Pardons Work Against the Principle of Justice for All

No Red Wave Among Latinos, but Lessons to Be Learned by Democrats