In a buzzing shopping mall just outside Istanbul overlooking the busy Ankara highway decorated with gigantic ‘Yes’ signs, granddaughter of one of Turkey’s best-known thespians sips her coffee while reading Cumhuriyet, one of few remaining independent dailies of the 77-million nation. On the front page of the newspaper, the headline of the second biggest story reads, “Pollsters: Both ‘Yes’ and ‘No’ on knife’s edge.” Simply unimpressed by what she reads, the lady in her late 20s laments, “As if there would be a fair election!”

What this heiress to a considerable family wealth wrongly characterizes as an election is actually a referendum on a set of government-proposed changes to Turkey’s constitution to be held in less than a week, on the 16th of April. If approved, those changes will hand new powers and most likely a life-time-rule to a president, Recep Tayyip Erdogan. Mr. Erdogan is already emboldened by successive election victories in over a decade and an unsuccessful coup attempt last year after which an emergency rule was declared, now in its 9th month.

For her, that would just “unleash an unspeakable catastrophe” on Turkey. Disbelieving in the opposition ‘No’ camp’s chance of winning she has already decided to leave the country for Europe. Possibly for good. 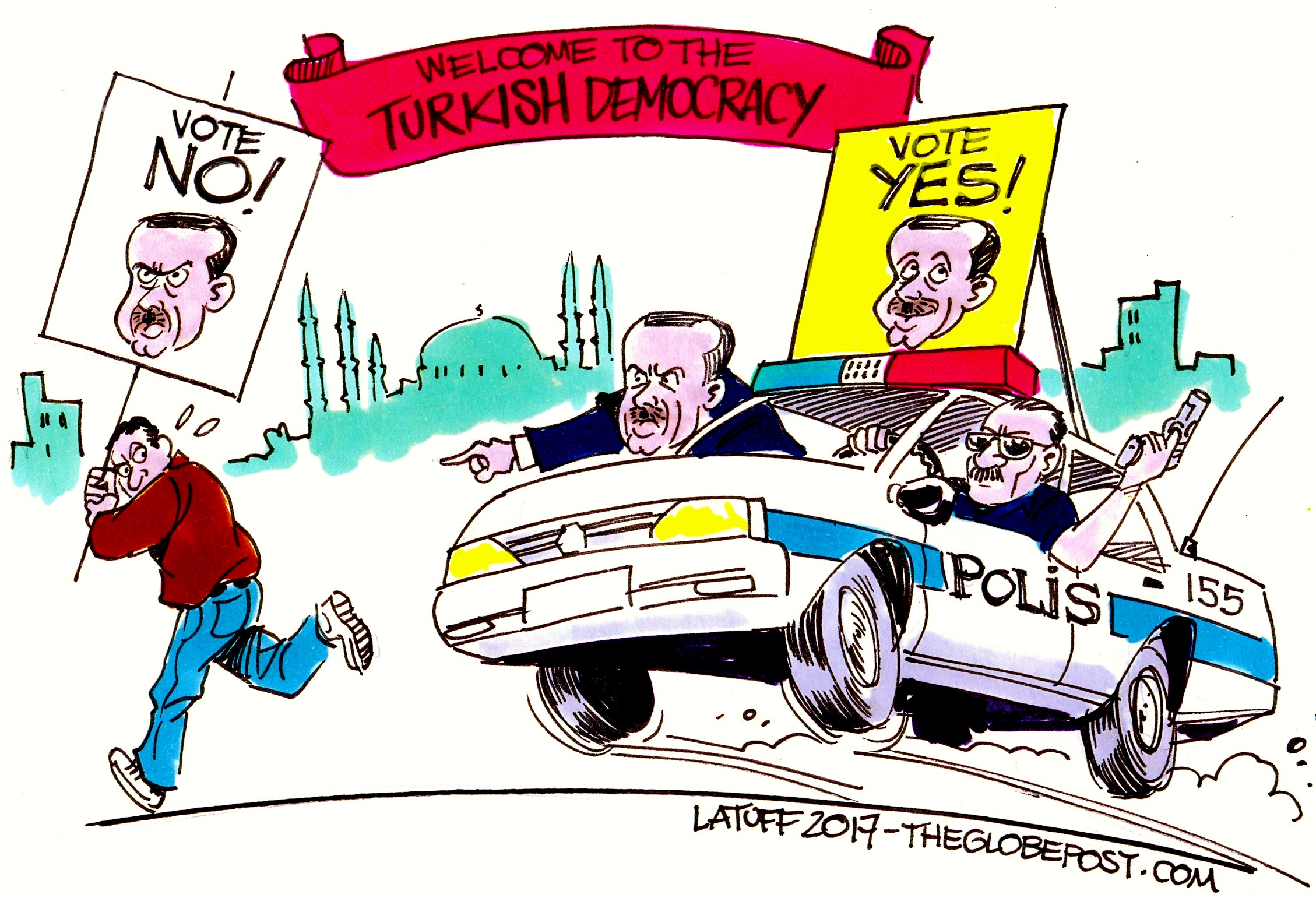 “There is no turning back until I’m sure of this country’s future. Perhaps never,’’ she mournfully adds, still refusing to be named in this report out of fear for family members who would still be here after she is gone.

As she silently went on complaining about the “election irregularities” she feared would certainly happen to tip what might now be a balance between the ‘Yes’ and ‘No’ votes as most pollsters say, Turkish stocks cheered what could possibly be the beginning of a bullish market on the first day of trading week before the referendum. The benchmark index of the Istanbul Stock Exchange (ISE) was up more than 3 percent as the country’s national currency, the lira, was set to end the day higher against major currencies, indications that the investors are betting on a ‘Yes’ win.

President Erdogan is sure there will be another victory for him and his party, AKP. In a live interview on TV 24 on Sunday, one of nearly two dozen pro-government broadcasters, he refused to give exact percentage points but said that the ‘Yes’ votes have now a “wide lead” over ‘No’ and “it is going to continue widening.”

It is no secret that worries and disappointment over a ‘Yes’ win are shared by many secular Turks, and even conservatives, with hundreds of journalists, academics and businesspeople have already fled Turkey in pursuit of a better life, particularly over the past 9 months. Turkish Twitter is awash with comments by dissidents on how much they despise the country’s direction and desperately look for ways to migrate to Western Europe or North America. For many, the upcoming referendum is highly likely to be a sham vote to justify a regime change already, yet unconstitutionally, in place and the naysayers will not be given the chance to benefit from a free and fair process.

Whose judges will rule?

An observation mission from the Organization for Security and Co-operation in Europe (OSCE/ODIHR) recently appeared to agree. A 9-page Interim Report released on Apr. 7 makes a long list of issues handicapping not only the campaigning period but also the referendum itself.

The report recognizes the fact that the judiciary whose members form the election boards across the country has “primary responsibility” for the administration of the referendum and here is where a major issue lies: The judicial branch has been subjected to an unprecedented purge following the July 15 coup attempt last year. “In addition to the Supreme Board of Elections (SBE), there are three lower levels of electoral boards. Following the attempted coup, three SBE members and 221 lower-level election board chairpersons were replaced. In addition, in the southeast provinces at least 140 chairpersons nominated by the opposition parties were dismissed,” the report notes. 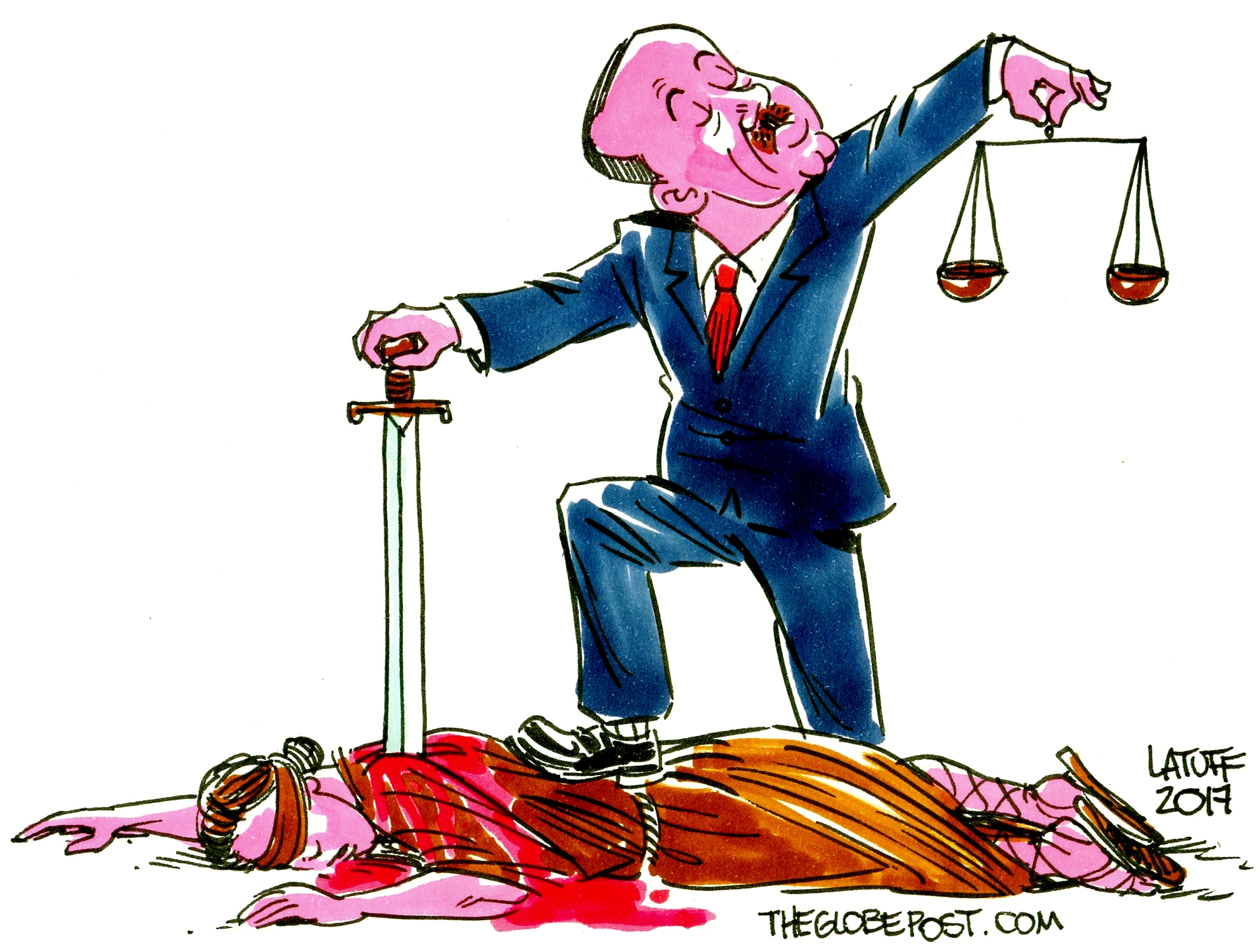 In successive waves of dismissals, the government-influenced Supreme Board of Judges and Prosecutors (HSYK) expelled more than 4,000 judges and prosecutors (nearly 3,000 of them have also been jailed) as part of the post-coup clampdown. As recently as last week, the HSYK also suspended 3 judges and a prosecutor who ruled to release 21 journalists from jail. This blatant intervention in the judiciary exemplifies how there is no more any space left for what can be considered disloyalty among remaining members of the judiciary.

Now those judges and prosecutors over whom the government has cast its own shadow will oversee the referendum and decide on appeals. The rulings of the SBE, including on the final results of the referendum, however, are final and cannot be appealed.

Whose media will tell?

Like judiciary, the media is supposed to assume a fundamental role at times of elections, too. And like its judiciary, Turkey’s media, too, has gone through a substantial change since the failed coup attempt. “Since July, a total of 158 media outlets were closed, leaving thousands of media workers jobless,” the OSCE report acknowledges how badly the media was impacted. With more than 160 media workers in prison, according to a tally by Platform for Independent Journalism (P24), Turkey is now home to a higher number of imprisoned journalists than China, Iran and Egypt combined. 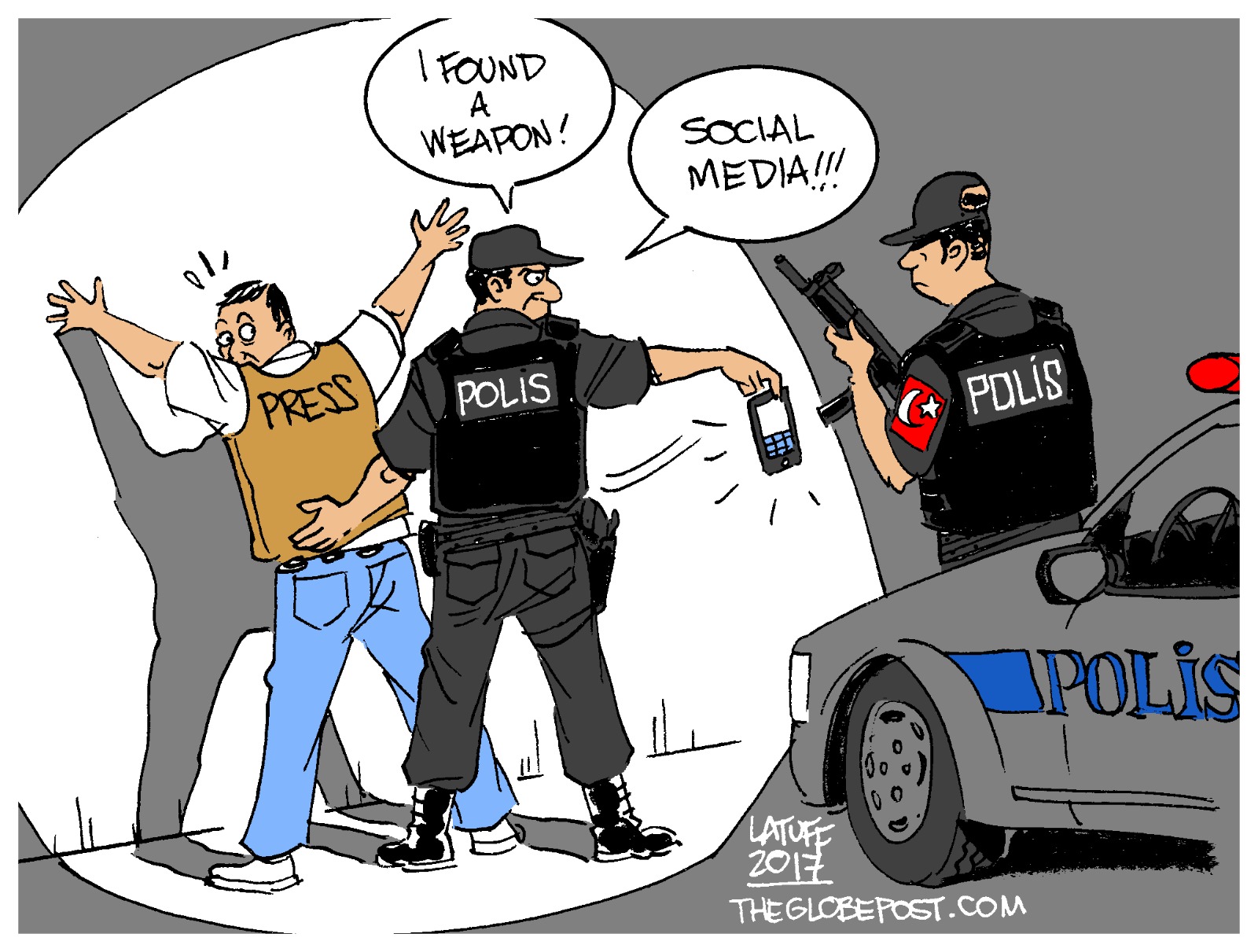 On Apr. 16, the voting will take place at nearly 170,000 ballot boxes. Previously private media outlets used to deploy thousands of employees across the country, getting commercially involved in monitoring the election and in collection and transmission of results as soon as the counting process began. This time, there is only going to be the state-run news agency Anadolu, whose “results” were previously disputed by private competitors. Now, there will be no disputes as there will be no competition.

Turkey is about to leave behind a campaign period of few months that is mired, as OSCE report notes, in state and media bias between proponents and opponents of regime change. With ‘No’ campaigners faced “bans, police interventions, and violent scuffles at their events,” more than 55 million registered voters are asked to cast their ballots on Sunday. In the absence of credible judiciary and independent media, it will not be easy for the government to convince its critics that the outcome of the vote is authentic.