Turkish generals alleged on Monday that a failed coup attempt last summer was wired to fail, highlighting amateurish planning that “does not make sense” and likening the most critical stage of the coup attempt to a “Hollywood movie.”

Brig. Gen. Hakan Evrim, who was commander of Akinci air base outside capital Ankara, told a court on Monday that he cannot make sense out of the coup attempt last summer since one can even find out how to carry out a military coup on the Internet.

“Based on all my experiences in my career, [I am saying that] this coup attempt was planned exceptionally amateurishly, it is illogical, and it is a string of bizarre events that are in contrast to customs of Turkish Armed Forces,” Gen. Evrim said during the hearing.

Mr. Evrim’s defense was delivered during a court hearing in a high-profile case in which 221 suspects are on trial. More than a dozen fighter jets took off from the airbase Mr. Evrim was commanding during the night of the coup attempt, bombing the police, the Parliament, TV broadcasters, and outside the presidential palace, killing over 100 people, most of whom were police officers.

Mr. Evrim said during his defense that it is impossible to conceive why jets would bomb the Parliament. He said the building was bombed early in the morning when it was clear that the coup attempt was unsuccessful. He added that bombing the Parliament, the police department and outside the presidential palace did not serve the goal of the coup.

“When considering the number of F-16 jets used during that night, bombed targets and their timing, it becomes clear that they were used to shape the public opinion,” Mr. Evrim said. 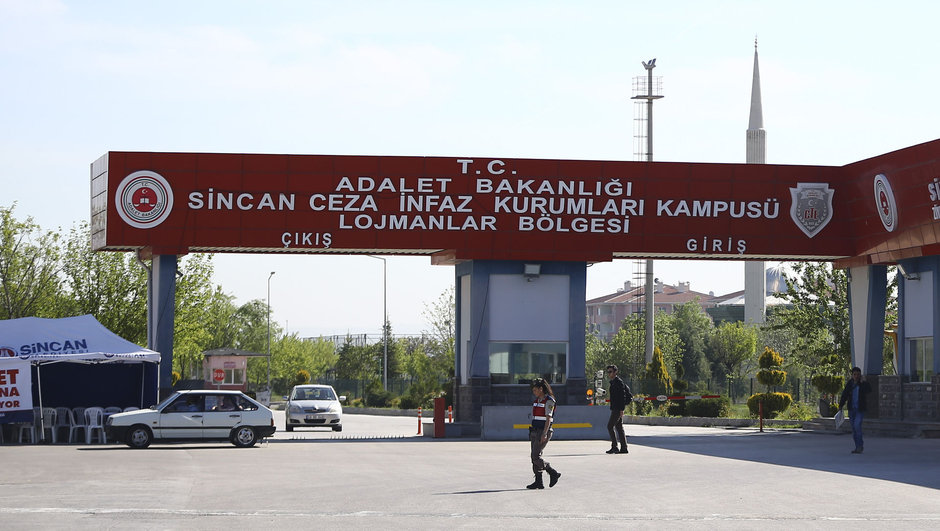 Despite Mr. Evrim’s questioning of the bombing raids across Ankara, no evidence suggests he worked to prevent the fighter jets from bombing these targets. The airbase’s operations commander, Col. Ahmet Ozcetin, who gave all the targets to pilots for the bombing, said the orders came from Gen. Evrim.

No coup suspect said in his defense and testimony that Mr. Evrim was actively trying to prevent the bombing campaigns. During his testimony after his arrest, Mr. Evrim said he was threatened by armed special forces on that night and had to act in line with their wishes.

Mr. Evrim also questioned the rationale behind capturing Istanbul’s biggest airport and Bosporus bridge, but not the airport in Ankara. “Targets, actions, timing show that these don’t serve the goal, do not contribute to the success of the coup,” Mr. Evrim said, adding that kicking off the coup in the evening is a testament of how poorly this attempt was planned and executed.

Mr. Evrim joined the debate whether or not President Recep Tayyip Erdogan knew about the coup beforehand. Recalling that the intelligence agency was informed about the coup at 2 p.m. and that the General Staff knew about it at 5 pm, Mr. Evrim asked why the commanders did not issue a blanket order and halt the coup attempt before it even started.

He said the coup attempt could have been prevented by taking a few simple steps since forces commanders and the army chief knew about it.

Events unfolded in that night underscored that counter-measures were well-planned in advance, Mr. Evrim said, noting that it is impossible for municipal trucks, filled with sand, to block the exit of military bases so fast and in a disciplined fashion. He said the number of tanks used in Independence Day celebrations is even greater than the number of tanks used during the coup.

He said lists of people to be arrested were ready while the coup was unfolding and prosecutors issued an arrest warrant for coup suspects just 2 minutes after Prime Minister Binali Yildirim first informed the public about the coup attempt.

At 4 a.m., while the coup was unfolding, Ankara prosecutors issued an arrest warrant for 2,000 judges and prosecutors. 8 hours later only, Mr. Yildirim said the coup attempt was successfully quelled.

The most critical stage of the coup on July 15 last summer was the capture of President Recep Tayyip Erdogan, who was vacationing in Marmaris, a resort town on the Greek border.

President Erdogan left Marmaris at around 00:30 a.m. after speaking on CNNTurk via FaceTime. The unit that was tasked to capture Mr. Erdogan was asked to wait in Cigli airbase in Izmir. Brig. Gen. Gokhan Sonmezates, who was leading the team to capture Mr. Erdogan, said he was ordered to take the president and safely bring him to Ankara.

A helicopter attacked the hotel Mr. Erdogan was staying at around 4 a.m., almost 4 hours after Mr. Erdogan left the hotel.

Mr. Sonmezates said in his previous testimony that the number of police officers who came to arrest him was bigger than the number of troops in his unit.

Mr. Evrim said the capture of the president was a “checkmate position” that required the most impeccable planning. He said the plotters did not determine the location of the operation, drones didn’t survey the area, exit and entrance to the resort town were not blocked and no wiretapping was conducted.

“While even an ordinary citizen would have thought about these measures, it is inconceivable to think why this important operation was poorly planned,” Mr. Evrim told the court. “The most critical move of the coup resembles a Hollywood comedy movie.”

Brig. Gen. Mehmet Partigoc, who also delivered his defense on Monday, rejected accusations that he issued a directive for the coup plot. He said his name was deliberately put under orders, and that prosecutors asked suspects to throw him under the bus to get reduced sentences.

“Whoever was the mastermind of this coup attempt… it was obvious that it would fail,” Mr. Partigoc said, adding that they used his name to frame everyone as a Gulenist. “I don’t believe that everyone who is on trial here is a Gulenist.”