As Saudi Arabia and other Arab countries moved to isolate Qatar amid a deepening rift in the Gulf region, Turkish Parliament ratified a legislation that envisages troop deployment in Qatar, signaling Turkey’s further embroilment in a crisis that pitted Arab countries against each other.

The move came on Wednesday as Parliament passed the fast-track bill first proposed in May to advance military cooperation between Qatar and Turkey, the two countries which see eye to eye on many regional issues.

Saudi Arabia has increasingly grown dismayed over Qatar’s warm embrace of the Brotherhood whose transnational Islamist ideology is seen as a grave threat by the Kingdom.

On Tuesday, President Recep Tayyip Erdogan declared Turkey’s backing of Qatar against attempts to isolate the tiny Gulf country. Saudi Arabia, UAE, Egypt, Jordan, Yemen and other countries severed diplomatic ties with Qatar, accusing it of abetting extremist terrorism and adopting closer ties with Iran at the expense of its Sunni neighbors.

President Erdogan first held phone conversations with leaders of Saudi Arabia and other regional countries to broker a solution to avoid further escalation of the dispute. But on Wednesday, Turkey openly took a side by embracing Qatar.

President Erdogan portrayed sanctions against Qatar as misplaced and wrong, throwing Turkey’s support behind Qatar in a deliberate fashion. “The most appropriate way for the Gulf Cooperation Council countries to solve their internal issues is through dialogue. In this regard, we admire Qatar’s constructive and cool-headed approach,” Bloomberg quoted Mr. Erdogan as saying.

The Turkish leader added that Turkey is ready to do everything to resolve the dispute before its escalation. 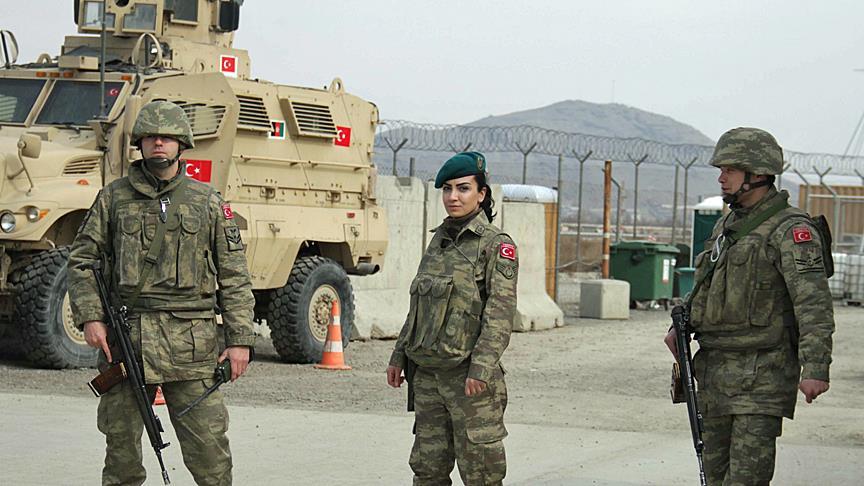 Turkey and Qatar first signed a deal in 2014 to further military cooperation and set up a military base in Qatar in 2016. Then-Prime Minister Ahmet Davutoglu visited the base where nearly 150 Turkish troops were stationed.

The cooperation includes joint training sessions and coordination of efforts against mutual regional threats. Turkey’s Ambassador to Qatar told Reuters in late 2015 that Turkey envisages to deploy 3,000 troops when the base goes fully operational.

Under the pact, Turkey commits itself to protect Qatar in the case of an attack.

Turkish Deputy Prime Minister Veysi Kavak voiced criticism over labeling Qatar as a sponsor of terrorism. In what appears to be a rebuke of Saudi-led efforts, he said: “you cannot call a country a terrorist state because some 7 countries said so.”

'Those Were Lies.' Comey Rejects Trump's Loss Of Confidence Claims