Hundreds of thousands of Rohingya refugees were forced to leave Myanmar for Bangladesh. Photo: AFP

Rohingya militants, whose August 25 raids in Myanmar’s Rakhine State sparked an army crackdown that has seen nearly 300,000 of the Muslim minority flee to Bangladesh, on Sunday declared an immediate unilateral one-month ceasefire.

Bedraggled and exhausted Rohingya refugees have arrived in huge numbers in Bangladesh’s Cox’s Bazar area for over two weeks, while tens of thousands more are believed to be on the move inside Rakhine, many in desperate conditions after more than a fortnight without shelter, food and water.

A further 27,000 ethnic Rakhine Buddhists, as well as Hindus, have also been displaced by violence that has unfurled across the northern part of the state.

“The Arakan Rohingya Salvation Army (ARSA) hereby declares a temporary cessation of offensive military operations,” it said in a statement on its Twitter handle @ARSA_Official, adding it was to allow for humanitarian aid to reach the battered region.

The group urged “all humanitarian actors” to resume aid delivery to “all victims of humanitarian crisis irrespective of ethnic or religious background” during the ceasefire period which runs until October 9. 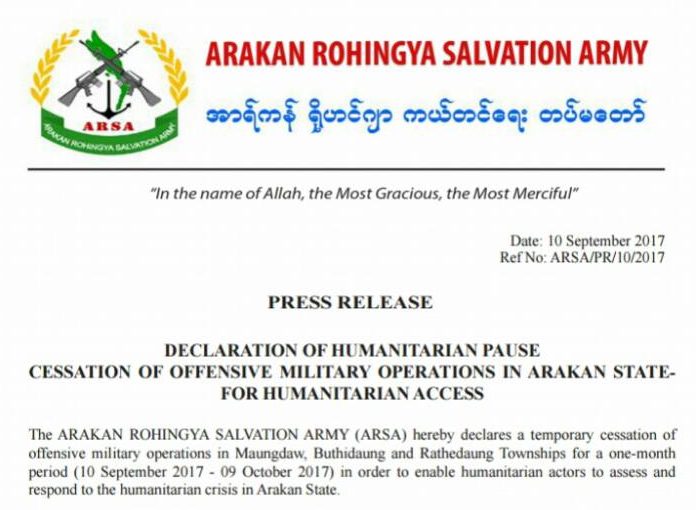 It called on Myanmar to “reciprocate this humanitarian pause” in fighting.

There was no immediate response from Myanmar’s military.

Rohingya refugees allege “clearance operations” by the army in its offensives against the ARSA resulted in mass killings and the burning of hundreds of villages, sending them across the border. International aid programs in Rakhine have been severely curtailed, as the fighting engulfed parts of the state.

On Saturday the U.N. said a total of 290,000 had crossed into Bangladesh after days-long treks or by boat, joining already overcrowded camps of Rohingya who have fled Myanmar over decades of troubles.

The U.N. has appealed for urgent donations of $77 million to provide for the influx of Rohingya which has put a “massive strain” on existing camps. Turkish first lady Emine Erdogan visited refugee camps in Bangladesh and delivered 1,000 tonnes of humanitarian aid.

The World Food Program is doling out rice sacks to hungry families as desperate new arrivals, many with no belongings, food or water, crowd relief teams trying to manage the huge influx of people. 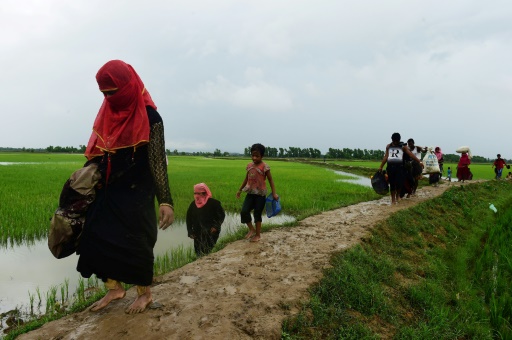 The kickback by security forces prompted the Rohingya exodus.

In an area split by claim and counterclaim, ethnic Rakhine villagers accuse militants of murdering their civilians while the government says fleeing Rohingya set fire to their own homes to foment fear and anti-state anger.

ARSA’s Twitter page is often the first to publish statements or direct readers to videos.

Sunday’s statement was signed by Ata Ullah, who purportedly commands the militants from jungle bases straddling the Bangladesh-Myanmar border.

ARSA appears to have significantly grown in the last year despite remaining hopelessly outgunned against one of Asia’s largest militaries.

According to statements and photos released by Myanmar’s army, the militants use primitive weapons, including gunpowder rifles, homemade guns and bombs as well as clubs and swords.

Myanmar’s army says it has killed nearly 400 militants so far, while some Rohingya refugees have complained they were forced to fight by ARSA.

The first ARSA attacks in October last year were less ambitious, but the subsequent military response by a security force notorious for its scorched earth response to insurgency sent 90,000 Rohingya fleeing across the border. 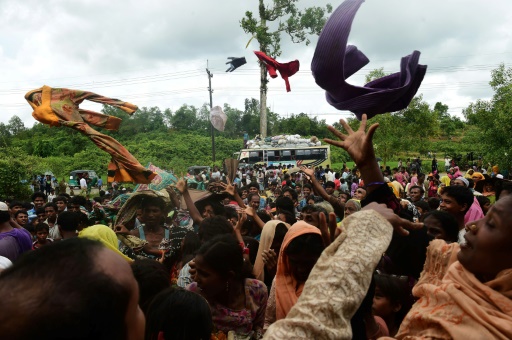 That means over a third of the estimated 1.1 million Rohingya in Rakhine state have fled in less than a year.

Myanmar does not want its Rohingya population. The government does not recognize them among its official ethnic minority groups and they are instead pejoratively labeled ‘Bengalis’ — illegal immigrants from Bangladesh.

The treatment of the Rohingya has overshadowed Myanmar’s emergence from military rule, with de facto leader Aung San Suu Kyi singled out for her failure to use her moral weight in defense of the minority.

US Journalist Detained in Myanmar Sentenced to 11 Years in Prison