A girl waits for her turn to consult a doctor at a free health camp in Hyderabad city of Telangana. Photo: Raqib Hameed Naik, TGT

NEW DELHI, India — India, the second most populous country in the world, is facing a crisis – a “gynocide” or wrongful killing of thousands of girls and women.

In Gujarat, which is often referred to as a model state by Indian Prime Minister Narendra Modi, the SRB has seen an alarming fall of 53 points. It came down to 854 females from 907 in the past.

The report was published weeks after the annual Economic Survey revealed how the prevalent son preference had given rise to sex-selective abortion and differential survival in India, leading to some 63 million “missing” women and  21 million girls unwanted by their families across the country.

The survey also estimated that more than 2 million women go missing across age groups every year either due to sex-selective abortion, disease, neglect, or inadequate nutrition.

“There is another phenomenon of son meta preference which involves parents adopting fertility ‘stopping rules’ – having children until the desired number of sons are born. This meta-preference leads naturally to the notional category of ‘unwanted’ girls which is estimated at over 21 million,” the report explained, calling for collective self-reflection by the Indian society on son preference.

The phenomenon of “missing women” in India was first noted by economist Amartya Sen in an essay published in The New York Review of Books in December 1990. At the time, he put the number of “missing” women across South Asia, West Asia, and North Africa at more than 100 million.

In 2002, a study dubbed “A Surplus of Men, a Deficit of Peace” by Valerie M. Hudson and Andrea den Boer said that China and India combined have been responsible for 62 – 68 million missing females in Asia.

Ms. Hudson, who is a professor and George H.W. Bush Chair in the Department of International Affairs of the Bush School of Government and Public Service at Texas A&M University, found the latest Niti Ayog report alarming.

“If it is accurate, this means that India — which claims the title of the largest democracy on earth — has proven helpless before the most undemocratic of all practices, which is refusing the birth of a child due solely to her sex,” Ms. Hudson told The Globe Post.

She further said that India is going backward on an issue of fundamental human rights for the part of its population which bears the future of the nation. Ms. Hudson found the results in the state of Kerala especially shocking.

“To hear that Kerala, once a beacon for the nation with almost-normal SRBs, is now slipping, is almost too much to bear.  It makes one feel to wear mourning clothes until the day the sex ratios of India stop regressing,” she said.

Julie Brenning, the Director of Research for Give Her Life (GHL), a non-profit organization committed to ending gendercide, fears that SRB will continue to decline until root causes are addressed.

“It’s painfully apparent that government campaigns and civil society efforts have not been successful in curbing the SRB in India,” Ms. Brenning told The Globe Post.

“Aside from these outward forces that ought to at least keep the SRB at bay, the root causes have not been addressed. Practices such as dowry, patrilocal marriage and harsh discrimination against women still abound in India,” she explained. “Until these root causes are addressed, I fear the SRB will continue to decline.”

The NITI Ayog report has called upon states to implement the PCPNDT Act in letter and spirit.

“There is a clear need for States to effectively implement the Pre-Conception and Pre-Natal Diagnostic Techniques (PCPNDT) Act, 1994 and take appropriate measures to promote the value of the girl child,” the report said.

According to Kavita Krishnan, Secretary of the All India Womens’ Progressive Association, the government lacks seriousness when it comes to implementing the PCPNDT.

“The Government’s attitude towards PCPNDT became clear when its Minister for Women, Maneka Gandhi, echoed and endorsed demands from the commercial medical lobby to scrap this law, make pre-natal sex determination compulsory and surveil pregnant mothers to prevent abortions – instead of doctors who do sex-determination and therefore enable sex-selective abortion!” Ms. Krishnan told The Globe Post.

In February 2016, Maneka Gandhi, the head of the Woman and Child Development Ministry, suggested that child sex determination during pregnancy must be made compulsory, but her office later issued a clarification, saying that the minister was asking for effective implementation of the PCPNDT Act as one of the ways to check falling child sex ratio.

“This proposal was against women’s right to privacy and right to abortion, even as it would have benefited unscrupulous doctors. The proposal was not implemented – but it indicates the [government]’s lack of seriousness in implementing PCPNDT,” Ms. Krishnan said.

She further explained that the social campaign – “Beti Bachao, Beti Padhao” (“Save a girl child, educate a girl child”) – started by the Indian government in January 2015 to address the issue of the declining sex ratio in the country, is doomed to fail because it has relied on patriarchal stereotypes and anti-Muslim dog-whistles rather than focuses on promoting women’s autonomy.

“The Government-sponsored advertisements focus on propagating the utility of daughters and women for patriarchal families (‘if daughters aren’t born where will you get wives, daughters-in-law,’ etc.) or telling people that daughters should be born since they might grow up to be high-achieving sports stars,” she explained.

Dr. Patel Tulsi, Professor of Sociology at Delhi University, also blamed the skewed sex ratios on the ineffective implementation of the PCPNDT Act.

“Effective implementation of the act is not going on well,” Ms. Tulsi told The Globe Post, calling for more analysis of Beti Bachao, Beti Padhao to figure out both its lacunae and benefits. 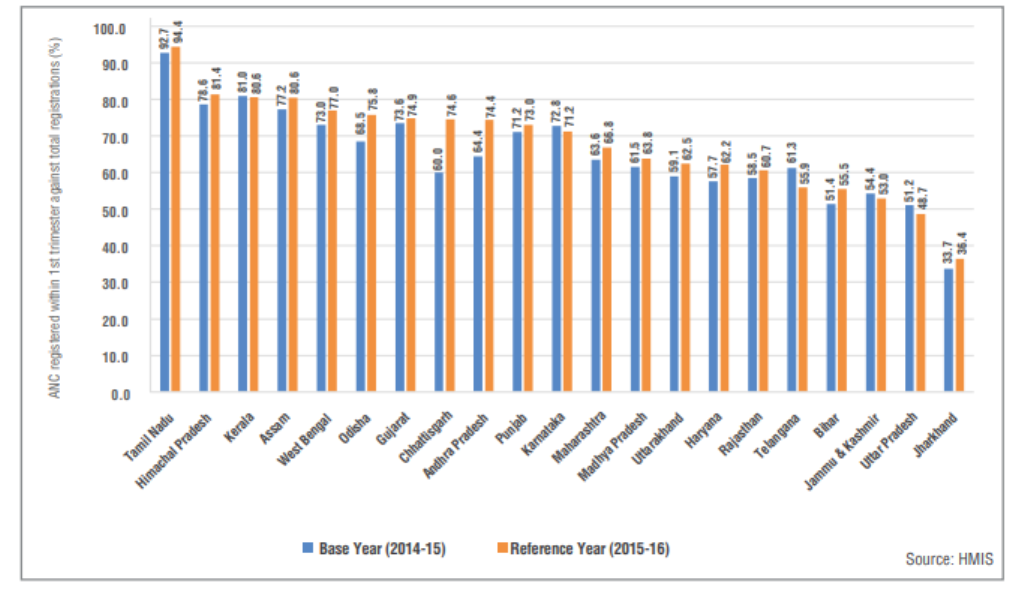 Ms. Brenning told The Globe Post that the Indian government, nonprofits, and local religious leaders should work closely together on a variety of methods: from enforcement of the PCPNDT, shaming and rewarding, to the economic schemes to target the root causes of the skewed SRB by eliminating dowry, decreasing the practice of patrilocal marriage, and improving women’s rights.

She further called for strict implementation of the PCPNDT Act and increased the role of women-leaders in the formation and implementation of SRB policy. According to her, Indian authorities should take some immediate actions to address the issue, like reapproving the fundraising licenses for domestic and international NGO’s or actively partnering with the groups combating the skewed SRB.

Ms. Brenning added that the SRB should be measured before and after initiatives, and all intervention should be based on quality research.

Ms. Hudson said that the powerful forces that can be brought to bear on the human psyche are spiritual and economic, but emphasized that the enforcement powers of the state are also needed.

She said spiritual leaders of India could play a proactive role in addressing the issue of skewed sex ratios.

“Every spiritual leader in India, no matter what creed, should be preaching at every religious gathering how deeply God abhors sex-selective abortion and female infanticide, and these leaders should follow that up with a sincere threat to outcast from the religious communities those who continue these practices,” Ms. Hudson added.

She also called for a change in the economic incentive structure, by providing old age pensions and yearly expense money for those who raise daughters and giving out large sums of cash to those who blow the whistle on people involved in sex determination tests. According to Ms. Hudson, the production of the new blood test that can detect the sex of a fetus at seven weeks should be banned completely, while the abortion of a female fetus should be approved by a panel of doctors whose judgments will be audited.

“Until that time, India never will be great. If China can progress towards more normal sex ratios, as it is now doing, why can’t India?” she asked.

Life Below: India’s Sewers Can be Deadly for the Men Who Clean them by Hand

‘Like a House of Cards:’ Building Collapses in India, Killing 11