Climate of Hatred: Why Do Americans Hate the Media?

A shooting occurred at the Capital Gazette in Annapolis, Maryland, on June 28, 2018. Photo: The Baltimore Sun

Throughout the past year, a climate of hatred and hostility towards journalists in the United States has become significantly worse, according to a report by Reporters with Borders.

From direct insults, such as those from President Donald Trump calling the media an “enemy of the people,” to targeted attacks on journalists working at the Capital Gazette, the risks of American journalists encountering verbal and physical violence during their professional careers are rising; just as the U.S. has fallen two places down in the 2018 World Press Freedom Index.

When looking back at 2018 on these instances of violence and considering the heightened animosity towards journalism as an institution, a central question comes into play: Why do Americans today seem to hate the media? 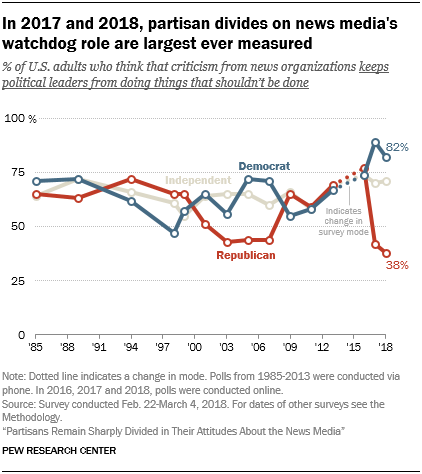 According to experts, this hostility between politicians, the American public and the media did not always exist to the same extent that it does today, and is currently fueled by a variety of factors.

Recognizing the need for a check on government power, the founding fathers historically considered the media as “the fourth estate,” garnering respect for journalists and other professionals within the industry.

“In the days when you had to deal with journalists because they were the only true path to a public audience and they were the gatekeepers of information, that produced a certain, maybe insincere, but a certain civility,” Gene Policinski, president and chief operating officer of the Freedom Forum Institute at the Newseum, told The Globe Post.

Today, however, social media and the internet have given social groups and politicians the power to directly distribute their messages to audiences, bypassing traditional journalists and the professional courtesies they were originally granted.

“Journalists have gone from being necessary, to not even neutral, but to becoming adversaries in terms of your neatly crafted narrative,” Policinski said.

These digital shifts, often brought on by economic cuts and limitations facing newsrooms around the country, have also made the process of determining credibility more complex for readers.

“The technological context, the ecosystem in which the media operate today and the expansion of journalism and who can do journalism … has made it more difficult for people to understand how news is produced and to get the signals that indicate credibility and reliability,” Courtney Radsch, advocacy director at the Committee to Protect Journalists, told The Globe Post. “It’s more complicated than it used to be and there are a lot more actors.”

Social media platforms have also allowed the ridicule of journalists to take place much more publicly, making them more obvious than ever before.

“Looking at verbal attacks today, instead of being scrawled on the wall or taking a phone call where someone cusses you out, the planet sees the tweet,” Policinski said. “There’s a degree of insult that’s higher.” 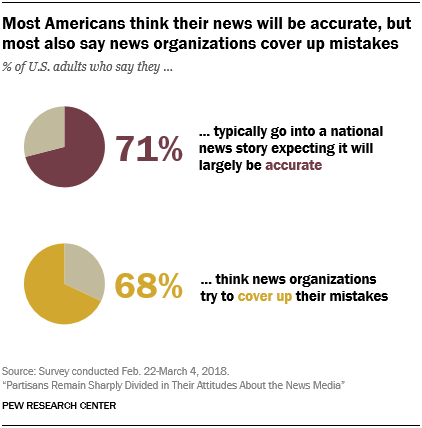 A growing misunderstanding of what actually constitutes as journalism, such as punditry and opinionated posts from those with large social media followings, has recently contributed to increased anger towards the media as well.

“When people think about the media today, it may be somebody who is a provocateur on one far side of an issue, but they become ‘the media’,” Policinski said. “So what you have is many more places for people to get riled up or angry, or find a reason to oppose the media.”

Daphne Pellegrino, North America advocacy officer for Reporters Without Borders, told The Globe Post this confusion points to a larger issue of media illiteracy in the U.S. that needs to be addressed.

“I think that we’re seeing perhaps a misunderstanding of what is straightforward journalism and what is editorial reporting or, for instance, when we’re watching broadcast news, what is actual reporting and what is commentary,” Pellegrino said.

While many of these trends and frustrations among American citizens are not new, experts all agreed that the recent anti-press rhetoric from President Trump has significantly exacerbated them and added fuel to the fire.

“A lot of these trends that have negatively impacted journalists started under previous administrations, but they are converging now,” Radsch said. “When you put the hostile rhetoric on top of that that is coming out from both the president of the United States, as well as other officials… then it becomes the situation we have now where [journalists] are really being squeezed from all sides.”

As Trump’s presidency continues, many fear that his ongoing attacks on American media outlets will motivate some people to go beyond mere criticism to physical action.

“What we’re seeing with President Trump is unprecedented,” Pellegrino said. “If we’re talking about his tweets, for instance, and the anti-press rhetoric that he’s using, there is a clear connection and a trickle-down effect to everyday citizens.”

Given the role that journalists play in upholding democracies around the world, recent threats against them can be conceived as a kind of “canary in the coal mine,” in Radsch’s words, and should serve as a potential warning for broader crackdowns on civil and political liberties in the U.S. that may be yet to come.

In Historic Reversal, US Will No Longer Consider Israeli Settlements Illegal

Can Catalan Independence Break on Through to Other Side?