by Andy Price
in Opinion

For all the complicated talk in the latest installment of the Brexit negotiations – Northern Ireland backstops, ‘Brextensions’ to transition and/or implementation periods – the reality is actually disarmingly simple: the fizzling out of the E.U. summit in Brussels last week is the result of Prime Minister Theresa May’s red lines running headlong into political and economic reality.

In the immediate aftermath of the June 2016 vote to leave the European Union, May made what would prove to be some fateful decisions. In the triggering of Article 50, and in several keynote addresses of the time, the prime minister told us that the vote to leave meant that Britain would leave the single market, the customs union, and end the jurisdiction of the European Court of Justice in the U.K. – as quickly as possible.

This political brinkmanship was almost entirely unnecessary: none of these red lines were explicitly on the ballot in June 2016, and we know that many of the prominent leave campaigners very publicly argued for staying in the single market. In many ways, in late 2016, Brexit was a blank canvas, the PM could have taken us in any direction.

There was only one real reason she opted for this approach: the shoring up of May’s own position as leader in the face of the threat to her that came from the hard Brexiteers in her party. In this, May and her team, as they did several months later in March 2017 when they called for a snap general election, played party and personal politics with the fate of the nation.

The decision to take a red line approach has shaped the entire Brexit negotiations between the U.K. and the E.U.: the aim to work up a withdrawal agreement ready for the U.K.’s departure in March 2019, and then enter into a 21-month transition period to undertake the highly complicated task of building a new relationship with the E.U. And yet even with this approach, the red lines have prevented this being signed off.

The tensions from this have crystallized around the Northern Ireland border. The pulling out of the single market and the customs union means the U.K. would have a land border with the Republic of Ireland. Having a land border with an allied country, even without any trade arrangements, is not such a bad thing, in and of itself. But throw in the 30-year history of the Troubles in Northern Ireland, and the enshrining of the concept of no border in the Good Friday Agreement that brought those Troubles to an end in 1998, and the issue becomes highly sensitive and even more complicated.

In short, to protect the idea of no border, the E.U. has asked that Northern Ireland somehow remains aligned with the single market and customs union. Under May’s red lines, this is impossible. The only sensible option then it seemed was to create a ‘backstop’ – a failsafe that said that if after the transition period was over, there was no solution to this problem, Northern Ireland would remain aligned with the single market and customs union. Again, May’s red lines ruled this out: the U.K. as a whole is either in or out.

The latest approach, in a vain attempt to get the Withdrawal Agreement set and avoid a no deal scenario in March 2019, was to extend the transition period, perhaps by a further year to December 2021, so that both sides could continue to work at this. 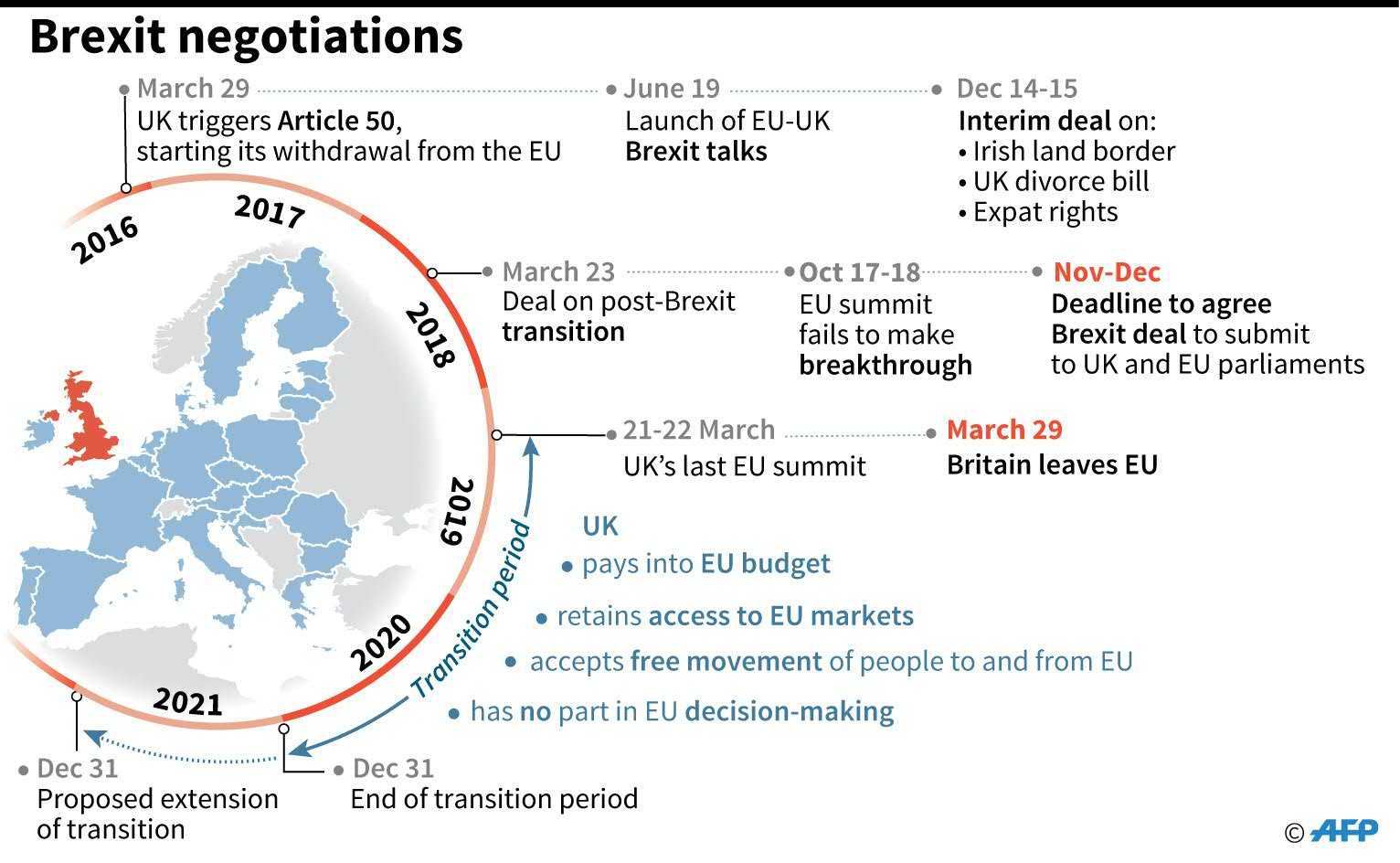 Though this solves none of the underlying challenges of Brexit, it is the eminently sensible thing to do. However, the response from the hard Brexiteers has been uproarious. There are accusations of betrayal and surrender, and often even more unsavory terms than that. Why so? What can be the objection to a seemingly reasonable approach to working through a complex issue?

The answer takes us back to the root cause of the Brexit red lines in the first place: the Conservative Party, and the country at large, are being held to ransom by a small but powerful group of Hard Brexiteers. Somewhere between 60 and 80 hardliners, most aligned with the European Research Group, a special interest group within the Conservative Party, have been unduly influential ever since that seismic vote in June 2016. A weak prime minister, who had very publicly argued for remain, took over the reins with these people at the forefront of her mind.

And we can understand why: Eurosceptics in the Conservative Party have always had a disproportionately loud voice. In 2016, they now had 17.4 million voters behind them, and as such did present a formidable political force.

However, two and half years is a long time, whether in politics or on life generally, and the facts on the ground are changing. The red lines of Theresa May in 2016, though never sounding fully reasonable, where a lot more palatable in the immediate aftermath of the referendum; they are far less so now, as the Brexit negotiations drag on.

It is for this reason that the protestations of the hard Brexiteers get louder and louder. Their project becomes less tenable by the day: the electorate grows weary of the rancor and instability amongst the politicians themselves, and the electorate changes; increasing numbers of younger people turn 18 and become enfranchised, people change their mind.

The impossibility of the complete break that Theresa May shaped becomes more apparent to the whole country, not to mention the rest of the world. In short, the project of Brexit loses legitimacy by the day. The hard Brexit wheels are coming off.

In the end, whatever the travails of the hard Brexit faction, some form of adjustment or compromise simply has to take place: either the red lines of exiting the single market or the customs union are dropped for the U.K. as a whole, or a different arrangement is put in place for Northern Ireland.

The alternative – the U.K. crashing out of the E.U. with no deal – is unthinkable: unthinkable, that is, for everyone except the hard Brexiteers.

Disclaimer: The views and opinions expressed here are those of the author and do not necessarily reflect the editorial position of The Globe Post.
Share55Tweet