Michael Carpenter: Trump’s Worldview Puts Private Gain Above all Else

As an investigation into the Trump campaign led by Special Prosecutor Robert Mueller is closing in on the president’s inner circle, it is also showing signs of impacting Washington’s ties with Moscow.

This week, we talked to Michael Carpenter, Senior Director of the Penn Biden Center for Diplomacy and Global Engagement, about the U.S./Russia relations in the light of events in the Black Sea and the Mueller probe. Carpenter previously served in the Pentagon as Deputy Assistant Secretary of Defense with responsibility for Russia, Ukraine, Eurasia, and the Balkans. He also served in the White House as a foreign policy advisor to Vice President Joe Biden.

Q: President Donald J. Trump canceled his meeting with Russian President Vladimir Putin on the sidelines of the G20 meeting over what Trump’s administration called Russian attacks on Ukrainian ships in the Black Sea. Trump tweeted separately that the Mueller investigation hurts U.S. relations with Russia. Is he right?

Carpenter: Trump’s Twitter propaganda aims to confuse the issue and is completely misleading. Russia attacked our democratic institutions by using its military intelligence agency, the GRU, to launch cyber attacks on several prominent U.S. political organizations. After hacking those organizations and stealing their data — both of which are crimes — Russia launched a massive propaganda effort to influence our election.

The Mueller investigation aims to identify possible links between the Russian government and U.S. persons to find out whether there was a criminal conspiracy to alter the outcome of the election.

..This is a terrible situation and Attorney General Jeff Sessions should stop this Rigged Witch Hunt right now, before it continues to stain our country any further. Bob Mueller is totally conflicted, and his 17 Angry Democrats that are doing his dirty work are a disgrace to USA!

Q: The U.S. president had a chance to directly confront Putin on events in the Black Sea, but because he would look bad due to the Mueller probe and Cohen testimony, Trump missed this opportunity. Do you think Mueller’s investigation is somehow shaping how the U.S. is handling Russia in geopolitical matters?

Carpenter: I think it’s obvious that Trump canceled his meeting with Putin not because of events in the Black Sea but because he wanted to shift attention away from revelations that his organization was doing business with the Kremlin on a massive real estate project during the middle of the presidential campaign. That news broke on Wednesday morning and within a few hours of that news, Trump canceled the G20 meeting with Putin. The incident in the Black Sea took place four days earlier.

As news continues to emerge about Trump’s dealings with Russia, and as his closest advisors continue to be indicted by prosecutors, I think it is inevitable that Trump will react by modifying his policies. For example, right now it is very difficult to envision Trump inviting Putin to a White House summit, although we know he very much wants this summit.

Q: Just days before a major meeting with President Trump, why do you think Putin put his talks with the U.S. at jeopardy by attacking Ukrainian ships? Is he testing Trump’s resolve?

Carpenter: In my view, Putin had been planning to block Ukrainian ships crossing the Kerch Strait for some time. He did not succeed in September when several naval ships sailed through the strait and so the FSB and Black Sea Fleet augmented their force and were much better prepared in November. 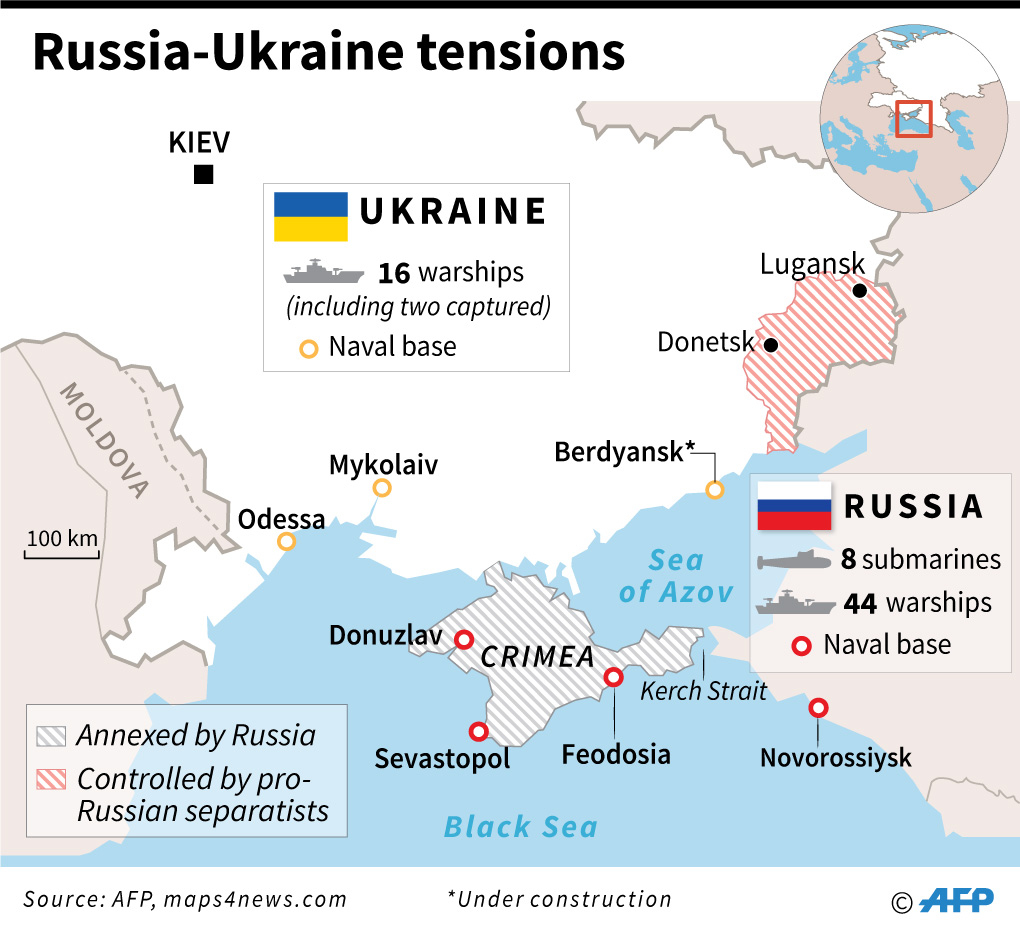 The operation was actually quite complex and involved the sideways placement of a cargo ship to physically block the straits, followed by an ambush. Whenever the Kremlin orders an operation that has geopolitical ramifications, it waits to see what the international response will be and then factors that into its next moves.

Since there was almost no reaction to the Black Sea incident other than a flurry of statements from Western leaders, I believe Russia will be emboldened to continue harassing Ukraine’s commercial traffic through the straits. We may even see a full blockade of Ukrainian commercial traffic into and out of Mariupol and Berdyansk.

Q: Trump mentioned before that the U.S. is far from Ukraine and that defending Ukraine against Russia should fall on Europe’s shoulders since they are ”closer.” Do you agree with this statement? Do you think Trump’s intention to withdraw U.S. involvement from Eastern Europe reshapes Russia’s and Europe’s calculations in security and geopolitics?

Carpenter: Trump is clearly signaling to Putin that he will do nothing to stop him. This sort of unapologetic appeasement will surely embolden Russia to act more aggressively in the region.

Trump’s attitude is reminiscent of former U.K. Prime Minister Neville Chamberlain‘s description of Czechoslovakia as a “faraway country about which we know little,” which similarly sought to downplay the behavior of a revanchist and aggressive power in the heart of Europe.

Such an attitude is naive and extremely dangerous because history teaches us that sooner or later this aggression will impact the rest of Europe. We failed to learn that lesson after Russia’s invasion of Georgia in 2008, and we’re paying for it today.

Q: Do you think President Trump understands what American priorities are in Eastern Europe and the Balkans?

Carpenter: I think Trump has very little understanding of geopolitics and prioritizes his business and family interests over everything else.

There’s a reason why Trump hired Paul Manafort as his campaign manager and continues to praise Manafort even now that he’s an indicted felon. They think in similar terms and have a shared worldview which puts private gain above all else.

Under the Radar: Iran’s ‘Stealth’ Presence on the Balkans