Will El Salvador’s New President Live Up to the Image People Voted for?

by Sonja Wolf
in Opinion

“Today we made history,” Nayib Bukele proclaimed, as he celebrated with crowds in downtown San Salvador. On February 3, the 37-year-old publicist emerged as the winner in El Salvador’s presidential election and gave the two main political parties a humiliating defeat. A relative political novice, Bukele had served twice as mayor with the left-wing Farabundo Martí National Liberation Front (FMLN) before being expelled from the party in 2017 for slander and misogynistic behavior. As mayor of San Salvador, he had made a name for himself for the partial regeneration of the city’s historic district and the promotion of public works, such as the municipal market and library.

During the electoral campaign, Bukele staunchly declined to participate in interviews and debates, preferring to address his supporters through tweets and Facebook live chats.

His frantic search for a party backing his presidential bid took him from one side of the political spectrum to the other. After failing to register his own party (New Ideas) on time, he approached the center-left Democratic Change, but that party was deregistered for not having obtained sufficient votes in an earlier election.

Determined not to be sidelined, Bukele teamed up with the Grand Alliance for National Unity (GANA), a splinter party founded by defectors of the right-wing Republican Nationalist Alliance (ARENA). ARENA has traditionally defended the interests and privileges of El Salvador’s economic elites, while GANA takes the iron fist approach to crime that the older party was first known for. Guillermo Gallegos, one of GANA’s founders and current Vice President of the Legislative Assembly, has even called for the death sentence for street gang members.

In case some voters might be put off by the party’s background and programmatic appeals, Bukele claimed that GANA was merely a vehicle to get to the presidency. The image he built for himself through publicity and social media charmed especially younger Salvadorans who hungered for the changes that had failed to materialize in the wake of the country’s civil war. 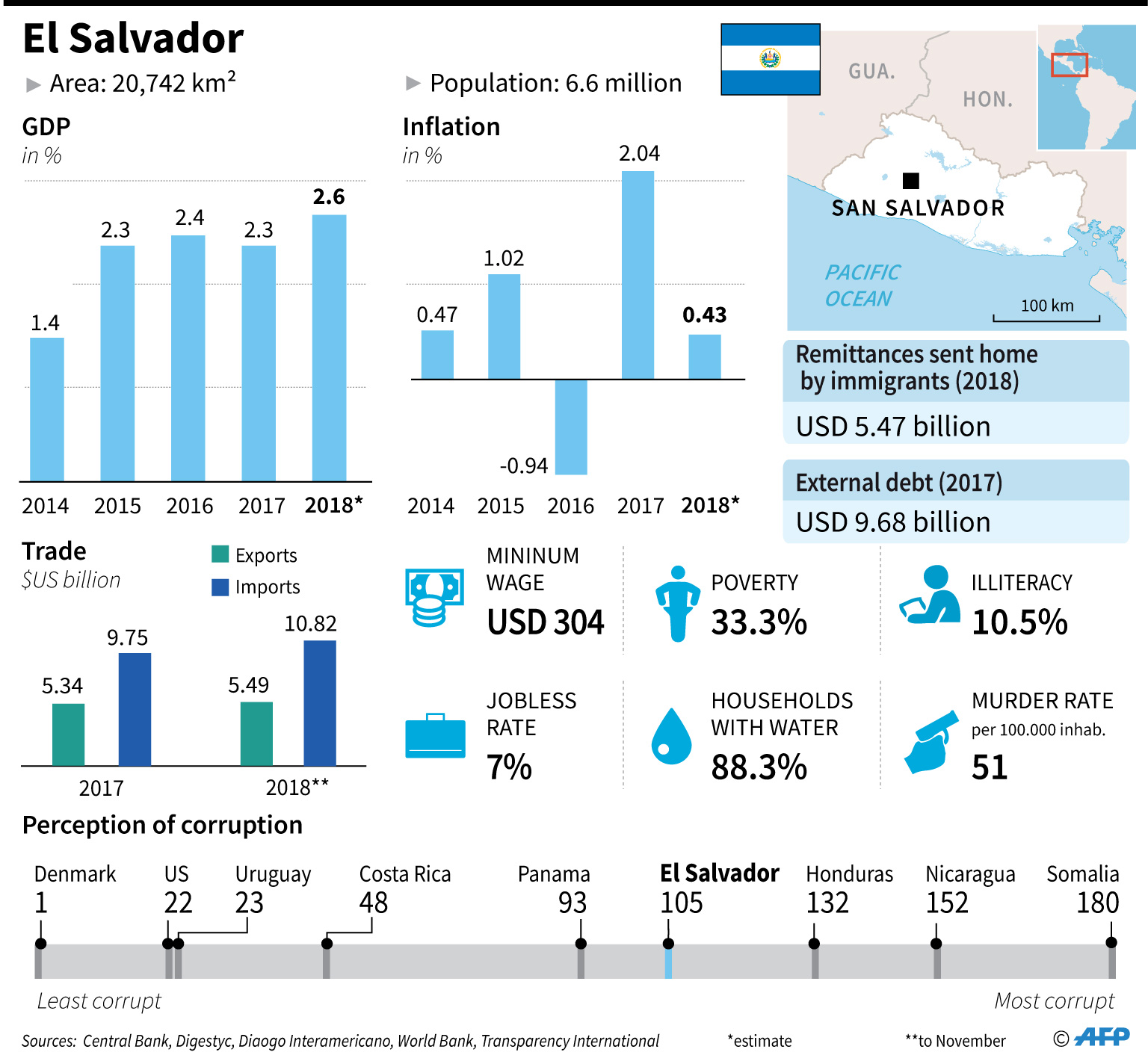 Bukele portrayed himself as an outsider who stood up against the corrupt political establishment and, in response, was presented with seemingly insurmountable obstacles along the way. This strategy of victimization, rather than the viability of his proposals, accounts in part for his attractiveness as a candidate.

The low voter turnout, at 51 percent the second lowest in the postwar period, suggests that many people had tired of ARENA and the FMLN, but had not warmed to Bukele either. His youth and relative lack of political experience may have seemed shortcomings that made his first-round victory surprising. But the widespread disillusionment with the main parties worked in his favor.

ARENA had pursued neoliberal economic policies that made the rich richer and the poor poorer; its repressive crime policies aggravated prison overcrowding, strengthened street gangs, and fueled violence; and the presidents of two of its administrations were tried for corruption.

The FMLN, the former guerrilla that had fought for social and political inclusion, first came into power in 2009. Both its governments promised change; both failed to deliver on their promises. While party leaders prospered thanks to lucrative business deals, working and middle-class Salvadorans saw no improvements in the economic situation and security situation.

Bukele came across as the most eligible of the four contestants (the fourth, a former pastor, never stood a real chance of winning the election). ARENA’s candidate, a young businessman who tried to distance himself from his party’s sordid history of corruption and war-time death squads, promised jobs.

The FMLN’s candidate, a party moderate and former diplomat, was the most qualified candidate and pledged to work for social justice. But Salvadorans had enough of empty promises and were impatient for change. None of the candidates presented compelling proposals. But Bukele was the one who at least inspired hope for change.

He echoed the commitment of Mexico’s President Andres Manuel Lopez Obrador “not to lie, not to steal, and not to betray the people.” Bukele insisted he would create an International Commission Against Corruption and Impunity in El Salvador (CICIES), modeled after the UN-backed CICIG in Guatemala.

Mauricio Funes, the president of the first FMLN administration, had floated the same idea but discarded it in the face of the country’s political realities. It is unclear how Bukele would be able to establish such a mechanism without the support of the ARENA and the FMLN, the dominant parties in the Legislative Assembly. Adding to the uncertainty, he would maintain a militarized public security strategy and has been vague about how he intends to create decent jobs in a challenging economic situation.

Aside from doubts surrounding the financing of many of his proposals, perhaps the chief concern about the Bukele administration relates to its ability to govern. Prior to the election, GANA had voiced no interest in playing a role in the government. But it would be naive to think that, now that power is within reach, it would not want to have a say in the cabinet and policy decisions. If it comes to this, the risk is that policies will shift further to the right than many Salvadorans might have wished for. Bukele will also need to work with ARENA and the FMLN which together dominate the Legislative Assembly, at least until the 2021 elections.

Given the alliance with GANA, and the likely opposition from the main parties, the Bukele government risks being ineffective. Mutual recriminations and unfulfilled promises would deepen the existing polarization in El Salvador. It is difficult to see how, in such a scenario, the country can tackle insecurity, economic precariousness, and migration.

The president-elect has an opportunity to continue El Salvador’s unfinished transition to democracy. The expectations for the next five years are huge, and so will be the disappointment if Bukele fails to build a new way of doing politics and to live up to the image that Salvadorans voted for.

Disclaimer: The views and opinions expressed here are those of the author and do not necessarily reflect the editorial position of The Globe Post.
Share183Tweet

Holds a Ph.D. in International Politics and is a CONACYT Research Fellow with the Drug Policy Program at the Center for Economic Research and Teaching (CIDE), Mexico. She is the author of Mano Dura: The Politics of Gang Control in El Salvador (University of Texas Press, 2017). Contact her @scwolf5

Thousands of Salvadorans Protest Against Corruption

US Migration ‘Protection’ Protocols Lead to Violence Instead

by Danielle Douglas and Karen Jacobsen

Trump, Fake News, and the Importance of Looking Back