by Megan Argyriou
in Environment, Opinion

Air pollution is a huge problem across Asia. Photo: AFP

The air pollution in Indonesia’s capital Jakarta is now so dire that its citizens are threatening to sue the government. In 2017, there were only 14 days when the air quality was classed as safe to breathe. The number of children diagnosed with pneumonia – which can be triggered by exposure to air pollution – almost doubled between 2015 and 2016. Respiratory diseases are the number one illness suffered by Jakarta’s citizens, with an increase noted in diseases linked to air pollution such as strokes, heart disease, and lung cancer.

Sadly, Jakarta is far from an isolated case. Rapid urbanization across Asia has brought with it a severe public health crisis. Less than 8 percent of the continent’s population is able to breathe air that doesn’t pose a significant risk to their health. And two-thirds of worldwide premature deaths due to air pollution occur in Asia and the Pacific.

For anyone who has spent time in one of Asia’s megacities, it would be no surprise to learn that road transport is the number one driver of toxic air pollution levels.

The problem is compounded by poorly regulated tailpipe emissions for vehicles and traffic that is regularly at a standstill. And while motorcycles and scooters remain the preferred modus operandi, cars are becoming increasingly popular, partly because of the social prestige of car ownership.

Under a business-as-usual approach, the situation is on track to get much, much worse. In Southeast Asia, two-thirds of people will be living in urban areas by 2020, concentrated around just five metropolitan areas: Jakarta, Manila, Singapore, Bangkok, and Kuala Lumpur. The International Energy Agency predicts there will be 62 million vehicles on the road in this region by 2040 (an increase of 66 percent on today’s numbers) despite the population growing by only 21 percent over the same period. Many of these added vehicles will cram into cities that are already gridlocked today.

Without intervention, worldwide premature deaths due to ambient air pollution are expected to rise from 3 million a year in 2012 to more than 6.5 million a year by 2050, with the majority of these lives cut short in Southeast Asia and the Western Pacific region.

In addition to crisis level health impacts, road congestion and pollution also place a huge burden on economies. Lost productivity from time stuck in traffic cost Jakarta US$5 billion in 2017 and the direct health costs from pollution a further US$3 billion.

And then there’s climate change. The air pollution that is killing Southeast Asia’s city dwellers is also a significant contributor to climate change, with transport contributing about a quarter of the region’s energy emissions. Southeast Asia is one of the world’s most vulnerable regions when it comes to the impacts of our changing climate, with cities like Jakarta already experiencing the damaging effects of sea level rise and flooding, regularly grinding the city of more than 10 million to a halt. 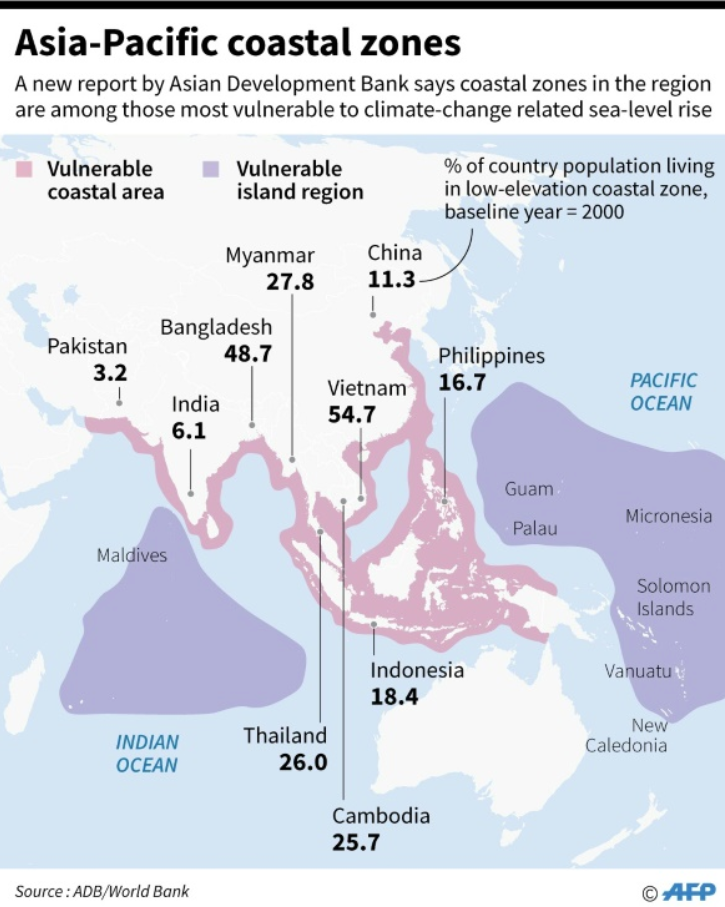 There is no realistic solution to climate change or the toxic effects of breathing polluted air that does not include a rapid transition away from fossil-fuel powered road transport.

The ways in which we can address the transport sector’s contribution to climate change are fortunately the same approaches we take to address air pollution and congestion. Importantly, there is no silver bullet. The solution must be found through a suite of measures including policy change, rapid deployment of clean technologies, investment in public transport infrastructure, and social interventions to encourage people to shift to public transport.

Addressing transport pollution also presents a unique opportunity: the region is growing rapidly as a manufacturing hub for cars and light commercial vehicles, and policy intervention could pivot the sector towards electric vehicle technologies, bringing down costs and driving local market demand.

However, it is not just a matter of a tit-for-tat replacement of cars and motorcycles with electric versions. Think of the electricity demand to power all those vehicles, and the challenge of meeting that growing demand with new electricity infrastructure.

It would be extremely difficult for countries to achieve the goals of the Paris Agreement (which will require retiring coal power) while also dealing with exponential growth in electricity demand. Coal-fired energy also contributes significantly to air quality issues and climate change; for example, Jakarta already has eight coal-fired power stations within 100 kilometers of the city’s boundaries, further compounding air quality issues.

Therefore, solving air pollution also requires a shift away from electricity produced through burning fossil fuels and towards investment in clean energy infrastructure – which is also a critical step in addressing climate change. Fortunately, the region is ripe with renewable energy resources, such as solar, hydro, and wind.

A major bonus of addressing the road transport and health crises through implementing a clean energy strategy is the notable improvements this will make to national energy security, with much of the region heavily dependent on imports of transport fuels and coal for electricity.

This is certainly not to suggest that nothing is being done. Governments across Southeast Asia are implementing a range of measures to solve this acute issue. We are seeing improvements to vehicle emissions standards (although these still lag considerably behind the developed world), significant investment in public transport infrastructure and connectivity, and policies and incentives to motivate a shift away from pollution-producing cars (to low emissions cars or fuels, public transport, cycling or walking).

The challenge is one of scale and priority: to date, these approaches have done little to take the wind out of rising demand for private vehicles or take the eye-watering pollution out of the air. The solution requires a complete shift in focus away from incremental improvements to one of transformational change.

Setting course for the kind of change needed is best achieved by setting a long-term vision and roadmap for how to get there. Many Southeast Asian countries have engaged in long term planning or visioning for the transport sector, and identified pathways for significantly reducing emissions, air pollution, and congestion.

It’s now time for the rubber to hit the road. Priority must be given to ensuring policy, infrastructure, investment, and social change are coordinated to address this critical health, climate, and economic productivity crisis.

Disclaimer: The views and opinions expressed here are those of the author and do not necessarily reflect the editorial position of The Globe Post.
Share36Tweet

Leads ClimateWorks Australia's international programs, with a focus on Southeast Asia and the Pacific Islands. She has written extensively on the nexus between climate action and sustainable development, and on the benefits of long term strategies