by Maria Martin de Almagro and Caitlin Ryan
in Opinion

Sexual violence and rape are now a national emergency in Sierra Leone. President Julius Maada Bio declared it so last month. He set up an ambitious series of measures to address the issue in the west African country, such as free hospital care to victims, special police and court divisions, life imprisonment for perpetrators of rape against minors, and a phone hotline.

While this move has brought renewed attention to the issue, the attention derived from an emergency declaration is not only ineffective in stopping the violence but depoliticizes it by separating the violence from the broader structural power relations that make sexual violence and rape possible in the first place.

In other words, paradoxically, the emphasis on judicial and punitive justice proposed might marginalize victims even more while leaving the root causes unaddressed.

Causes of Sexual Violence and Rape

Perpetrators use sexual violence and rape to express dominance, vent frustration, or because they feel it is their entitlement. These relations of dominance, violence, and exploitation go beyond the sexual violence itself and reflect wider patterns of marginalization and exclusion. 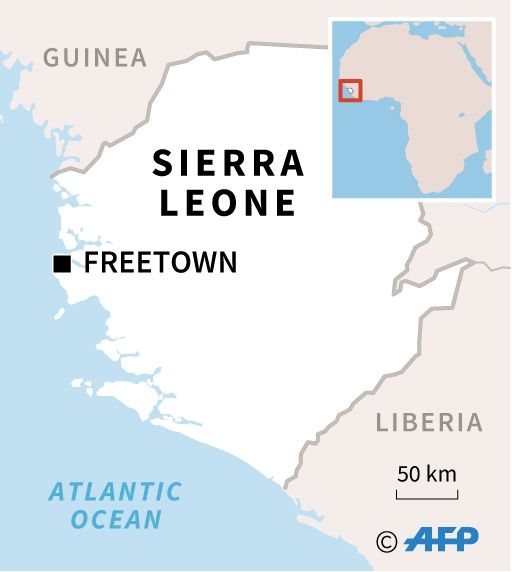 In this sense, policies, tougher sentencing, and task forces alone are a first step in the right direction but are insufficient in addressing the pervasive inequality.

As with other post-war contexts, the competition for cheap resources has resulted in gendered labor exploitation and deregulated investment conditions, particularly in the mining and agricultural sectors. When investment projects bring jobs, they are precarious, low-skilled, temporary, and mostly for men.

Providing core economic and social rights and resources such as housing, marriage equality, and healthcare are fundamental conditions to end violence against women in post-war countries.

With this in mind, some of the government’s recent reforms, such as the Free Quality Education and the successes of a very public Anti-Corruption Campaign, might do more to address sexual violence than declaring it a national emergency.

During the speech in which President Bio announced the national emergency, he offered sobering data. He disclosed that of the “nearly 3,000 reported sexual assault cases, 602 of the survivors became pregnant; 7 of them contracted HIV/AIDS; 2,404 had STDs; thousands more were scarred and traumatized by the ordeal.” The president stated of these 3,000 cases, only 39 were followed by successful prosecution, while 2,961 of the victims were denied justice.

Yet, even with this data measuring the prevalence of violence, it does not identify the causes for it, nor does it contextualize this violence within the gendered structures of economic impoverishment and the lack of opportunities in the country. This means asking questions like “what are the inequalities at local, national, and international levels that sustain the conditions for men to violently dominate women and children?” More uncomfortably, “how are we in the Global North implicated in the economies of domination that sustain economic inequality with the Global South?”

Questions of sexual violence and rape cannot be divorced from questions of political economy and inequality. In our recent article Subverting economic empowerment, we argue that post-war economies produce gendered and racialized insecurities. These insecurities produce very real material scarcity, which in turn constrains options for livelihoods and can make it very difficult for women to access services – either because those services have been privatized or because they are too time- or resource-poor to get to them.

There is a need to think beyond the immediate measures of provisions for health care or education that Bio’s administration has promised. The barriers that might prevent the most marginalized people from accessing these facilities need to be considered, as well as how this reflects structural vulnerability to sexual violence and rape.

For example, the cost of petrol and other transportation costs, such as the three private toll booths between the capital and the rest of the country, constrain people’s ability to access services while they also raise the costs of basic goods.

Economic factors, such as inflation and the privatization of infrastructure, limit the abilities of both men and women to take care of their families. Therefore, the enduring questions related to Bio’s declaration and his broader policy agenda become questions of how these reforms can be implemented in a way that challenges structural inequality and marginalization.

There is a clear sensationalization of sexual violence in the Global South while rendering it invisible (or less worthy of attention) in other parts of the world.

In other words, prioritizing a national emergency approach makes sexual violence look as if it was the result of harmful “backward” cultural norms and practices specific to a particular geographical space while overlooking the importance of economic and social reconstruction dynamics in preventing gender-based violence and the colonial legacy of the current economic order.

As such, sexual violence needs to be recognized as a problem that is very much related to colonial exploitation and objectivation of the racialized body.

At the same time, in many ways, the depoliticizing move of a national emergency obfuscates the always already existing work of women (and men) who are combatting violence.

Declaring an emergency not only moves something into the realm of the exceptional but can also make it seem like nothing is already being done to address the issue. The tireless dedication of women’s groups advocating for survivors or associations supporting legislative reform and providing health care becomes much harder to notice when an emergency is declared.

Disclaimer: The views and opinions expressed here are those of the author and do not necessarily reflect the editorial position of The Globe Post.
Share28Tweet

Lessons from Weinstein’s Trial in Times of Coronavirus

The Consequences of Living in the #MeToo Era

Hate Crimes, the Fraying of America, and the Prospect of Racial Armageddon