by Mohammad Naser Sidiqee
in Opinion

The Afghanistan peace talks between representatives of the United States and Taliban are one month in, and it is becoming increasingly clear that the two parties might need a lot more time to come to an agreement.

The New York Times reported that American and Taliban officials are at loggerheads over the definition of “terrorism.” This is an essential matter because the two sides had already agreed in principle to a peace framework guaranteeing that Afghan soil would never be used by terrorists to launch attacks against the U.S. again, which could, in turn, lead to the withdrawal of American troops.

Why is There no Universal Definition?

First, the disagreement over a universal definition generally stems from the term’s negative connotations.

Second, terrorist groups’ transnational nature and decentralized structures of command and control, training, and recruiting have made attempts to universally agree on characterizing activities as “terrorism” ineffective and unsuccessful.

More fundamentally, nations (including the United States) refuse to agree on the specifics because of these country’s track records of support to and sympathizing with groups that have engaged in activities that could be described as terrorism. For example, in the 1980s, the Ronald Reagan administration supported the Contras in Nicaragua. These right-wing rebel groups fought the communist government, but also killed civilians, attacked schools and health clinics, and blew up refineries.

Third, and in view of the first and second reason, global counter-terrorism measures have often lacked broad-based legal endorsements. They have also failed to provide clear guidelines for the agencies involved in counter-terrorism. This, in turn, has allowed states to craft their individual exceedingly broad definitions of “terrorism” which has been subject to deliberate misuse.

Fourth, the issue of state-sponsored terrorism has never received a global, unified audience. When states like Afghanistan, that has fallen victim to the violence of terrorist groups like the Pakistan-backed Taliban, appealed to the international community to act against such groups, their calls have fallen on deaf ears.

Over the last few decades, many states have chosen not to act or speak up against premeditated and often politically motivated violence against civilians if it did not serve or harm their interests.

For instance, one of the few anti-terrorist measures that passed the United Nations Security Council and was backed by the United States was resolution 1267 in the wake of the 1998 Al-Qaeda bombings of U.S. embassies in Kenya and Tanzania.

When states have taken measures to counter terrorism, such as the U.S. invasion of Iraq under the umbrella of the War on Terror or Israeli “acts of defense” against Hamas, they have caused, directly or as a consequence of their so-called “anti-terror” actions, more civilian deaths and casualties than the terrorist groups acted against.

One such example is Yemen, where the intense conflict between Houthi rebels and government forces backed by the Saudi-led Arab Coalition has cost tens of thousands of people’s lives and left millions displaced. This humanitarian catastrophe is caused by the so-called “anti-terror” coalition, and not by the “terrorists” against whom this coalition has been fighting. 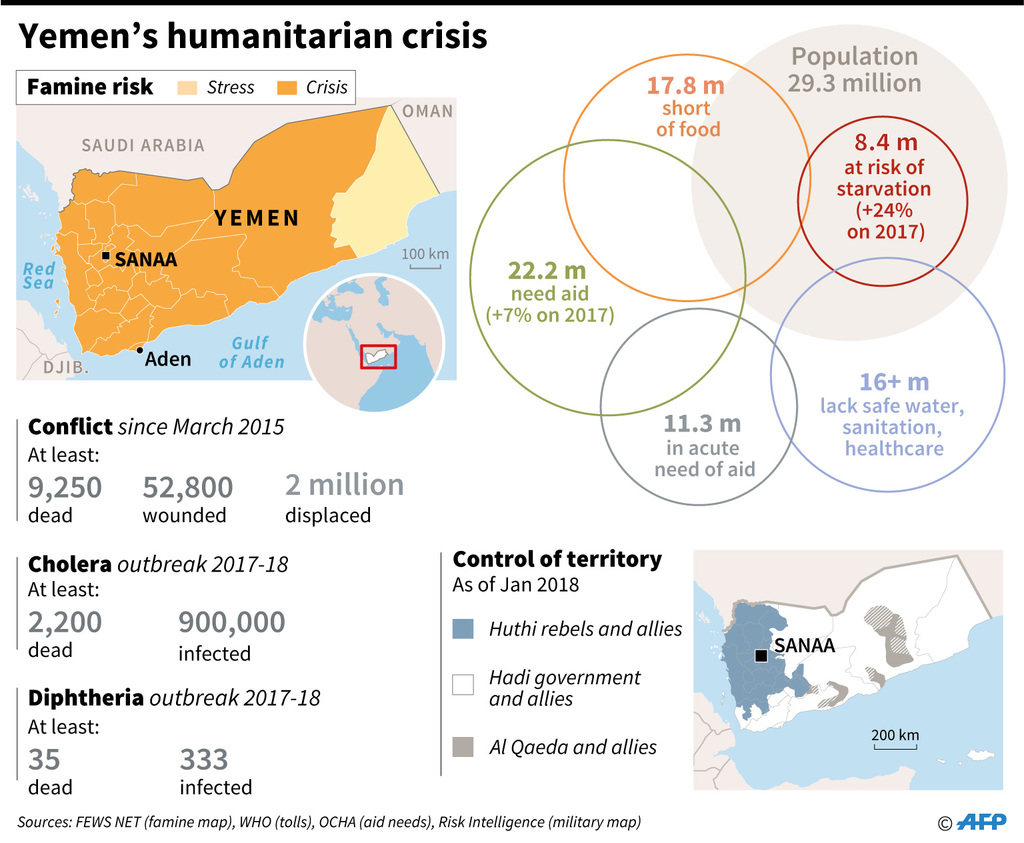 To date, international platforms like the U.N. have struggled to provide a definition of the term “terrorism” that is acceptable to all nations. Since 2001, the U.N. has attempted to come up with an operational definition for terrorism, but the negotiations have been stuck in a deadlock ever since.

The U.S.’ history of “counter-terrorism” measures clearly shows how countries are mostly acting in their own interest and demonstrates why the international community has failed to agree on a universal definition.

Following the bombings of American embassies in Kenya and Tanzania 20 years ago, the United States launched several cruise missile attacks on “terrorist” bases in Afghanistan in response to what President Bill Clinton called “a long, ongoing struggle between freedom and fanaticism.”

Fourteen months later, the United States sponsored U.N. resolution 1267, in which member states expressed “deep concerns” over human rights violations in Afghanistan, as well as “strongly condemned” the use of Taliban-controlled territory for “sheltering and training terrorists and planning of terrorist acts.”

In the wake of horrifying 9/11 attacks, the United States underwrote yet another U.N. resolution, that “recognized the inherent right of individual or collective [states to] self-defense” and “stressed” to hold those accountable who had “aided, support, harbored the perpetrators, organizers and sponsors” of those attacks.

Against this backdrop, one can safely say that the legitimacy and goals sought by “terrorist” groups are irrelevant when the United States is attacked. In the same vein, such groups can be defined as freedom fighters when they serve U.S. interests.

Going back to the U.S.-Taliban parley over what terrorism is and whether the Taliban are terrorists or not, one cannot but concur that the U.S. is once again acting in sheer self-interest while discrediting its past conduct as well as dishonoring the hundreds of thousands of innocent lives, including of U.S. citizens, taken by such monstrous groups.

The Taliban needs to discuss the minutest details of a possible agreement, not only because it will have tremendous effects on their future role in Afghanistan, but also because it will be detrimental to their past conduct. Apparently, they are engaging in such detailed discussions while keeping in mind a broader context, namely to govern Afghanistan as well as to exercise executive power in the country.

In light of philosopher Nietzsche’s saying that “whoever fights monsters should see to it that in the process he does become a monster,” the U.S.-Taliban talks can exert a profound influence on the global discourse on “terrorism.”

All nations must come together in the fight against terrorism. Down-playing the social, political, and economic implications of justifying acts of terrorism will preclude effective counter-terrorism measures, and it is extremely dangerous to define “terrorism” in a way that suits our bias or perspective.

Disclaimer: The views and opinions expressed here are those of the author and do not necessarily reflect the editorial position of The Globe Post.
Share73Tweet