by Joel Beinin
in Opinion

The Golan Heights haves long been disputed by Syria and Israel. Photo: AFP

President Donald J. Trump’s recognition of Israeli sovereignty over the Golan Heights is the climax of a process that began just weeks after Israel conquered the territory from Syria during its stunning victory in the 1967 Arab-Israeli War.

Five weeks after the war between Israel and its neighboring states of Egypt, Syria, and Jordan had ended, a young kibbutz member, Carmel Bar, jumped out of a jeep at an abandoned Syrian army base in the north of the Golan Heights. That spot became Kibbutz Merom Golan. Today, its population is just over 700 Jews.

Before the war, between 130,000 to 150,000 Syrian Druze, mostly civilians, inhabited some 275 towns and villages on the Golan Heights. During and after the conflict, Israel bulldozed most of the villages and drove off their residents. Today, about 27,500 Druze remain in four towns.

Israel applied its laws to the Golan Heights in December 1981, effectively annexing the territory 14 years after the conflict had ended. Very few Syrian Golan residents have accepted Israel’s offers of citizenship.

When Trump’s administration recognized Israeli sovereignty over the region last month, it was the first country to do so.

Carmel Bar can claim the title of “first Jewish settler” on the Golan Heights and is one of the first settlers in all the territories seized from Syria, Jordan, and Egypt during the war. He hailed from a kibbutz in northern Israel which belonged to the United Kibbutz Movement, part of a labor Zionist political current that initially opposed the 1947 UN plan to partition British Mandate Palestine into an Arab and a Jewish State.

The United Kibbutz Movement, although anti-religious, believed that all of the Land of Israel – from the Jordan River to the Mediterranean Sea – belonged to the Jewish people. Its members were the predominant force in the Palmach, a Zionist commando force established in 1941. They considered Israel’s failure to conquer East Jerusalem when it had the chance during the 1948 Arab-Israeli War a cause for “crying for generations.”

For many Israelis – both secularists like Bar and groups of Orthodox Jews – Israel’s overwhelming victory in 1967 created an opportunity to correct that error by settling throughout the entire “Land of Israel,” including the Golan Heights.

The religious among them believed that Israel’s spectacular military victory and acquisition of vast new territories heralded the imminent coming of the Messiah. The secularists saw an opportunity to recover the pioneering idealism that drove the early Zionist movement and resume Jewish settlement of the land with a renewed sense of purpose, idealism, self-sacrifice, and commitment.

Bar and those who joined him had no doubt that they had come to the Golan Heights to remain there permanently. But the government of Israel was internally divided about the future of all the occupied territories except Jerusalem, which was almost immediately annexed.

On June 19, 1967, the Israeli government led by Prime Minister Levi Eshkol secretly offered Syria a peace treaty “based on the international border” with adjustments for Israeli security needs. That is, Israel would annex of some parts of the Golan Heights that had been “no man’s land” from 1949 to 1967. However, that decision was undermined by Minister of Labor Yigal Allon, a leader in the United Kibbutz Movement, who sought to restore “wholeness of the Land of Israel.”

Allon allocated funds to the Golan Heights settlers from budgets he controlled. The head of the Northern Command of the Israel Defense Forces, Gen. Dado Elazar, the Upper Galilee Regional Council, and the Jewish Agency – an NGO responsible for settling Jews from around the world in Israel – also assisted the settlers. According to recent books on the 1967 Arab-Israeli War by Tom Segev and Guy Laron, Gen. Elazar’s forces had, for several years, been provoking the Syrian army with the goal of starting a war with Syria and annexing the Golan Heights.

By August 27, about five weeks after Bar had jumped out of a jeep at an abandoned Syrian army base, the Israeli government had accepted settlement Merom Golan as an established fact. It was a classic expression of historic labor Zionist practice: building the country “one acre, one goat” at a time. Three years later, there were twelve Jewish settlements on the Golan Heights.

Internal dissension prevented the Israeli government from adopting a clear decision on the future of the Golan Heights until a government headed by the Likud applied Israeli law to the territory in December 1981, indistinguishable from formal annexation.

In response, the U.N. Security Council unanimously adopted Resolution 497, which declared that Israel’s Golan Heights Law was “null and void and without international legal effect” and called on the country to rescind its action. 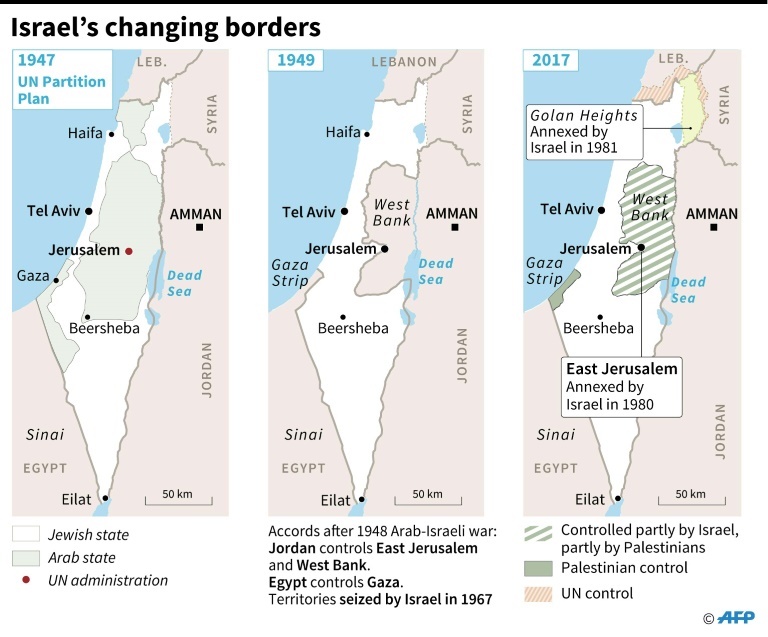 The Trump administration’s recognition of Israeli sovereignty over the Golan Heights reverses decades of United States policy and flouts international law. But Israel has always understood that U.N. resolutions and Washington policy statements are paper tigers. It has often ignored them with impunity.

Now both the Israeli and U.S. governments forthrightly speak the language of annexation. There is no more reason to believe that this will serve the cause of peace and coexistence on the Golan Heights than it has in the West Bank and East Jerusalem.

Disclaimer: The views and opinions expressed here are those of the author and do not necessarily reflect the editorial position of The Globe Post.
Share101Tweet

From Migrants to Pirates: How Identities Change During Mediterranean Passage