Race, Ethnicity, and Culture: How do Rohingya Explain Concepts that Undermine their Existence?

by Cresa Pugh
in Opinion

In addition to these attacks, Rohingya and other Muslims throughout the Asian country have, over the last seven years, been the target of intercommunal violence at the hands of Buddhist nationalists.

While violence against Muslims in Myanmar has deep historical roots dating back to the British colonial period, Muslims and Buddhists have coexisted relatively peacefully for decades. What has motivated such extreme violence? Amid a democratic transition that has galvanized debates on ethnic politics, one overlooked explanation is that of ethnic and cultural identity.

My research into the historical roots of Rohingya persecution explores how perceptions and notions of identity produce conflict. Last summer, I spent several days asking this question in the Kutupalong refugee camp in southern Bangladesh, where 1.3 million people live. 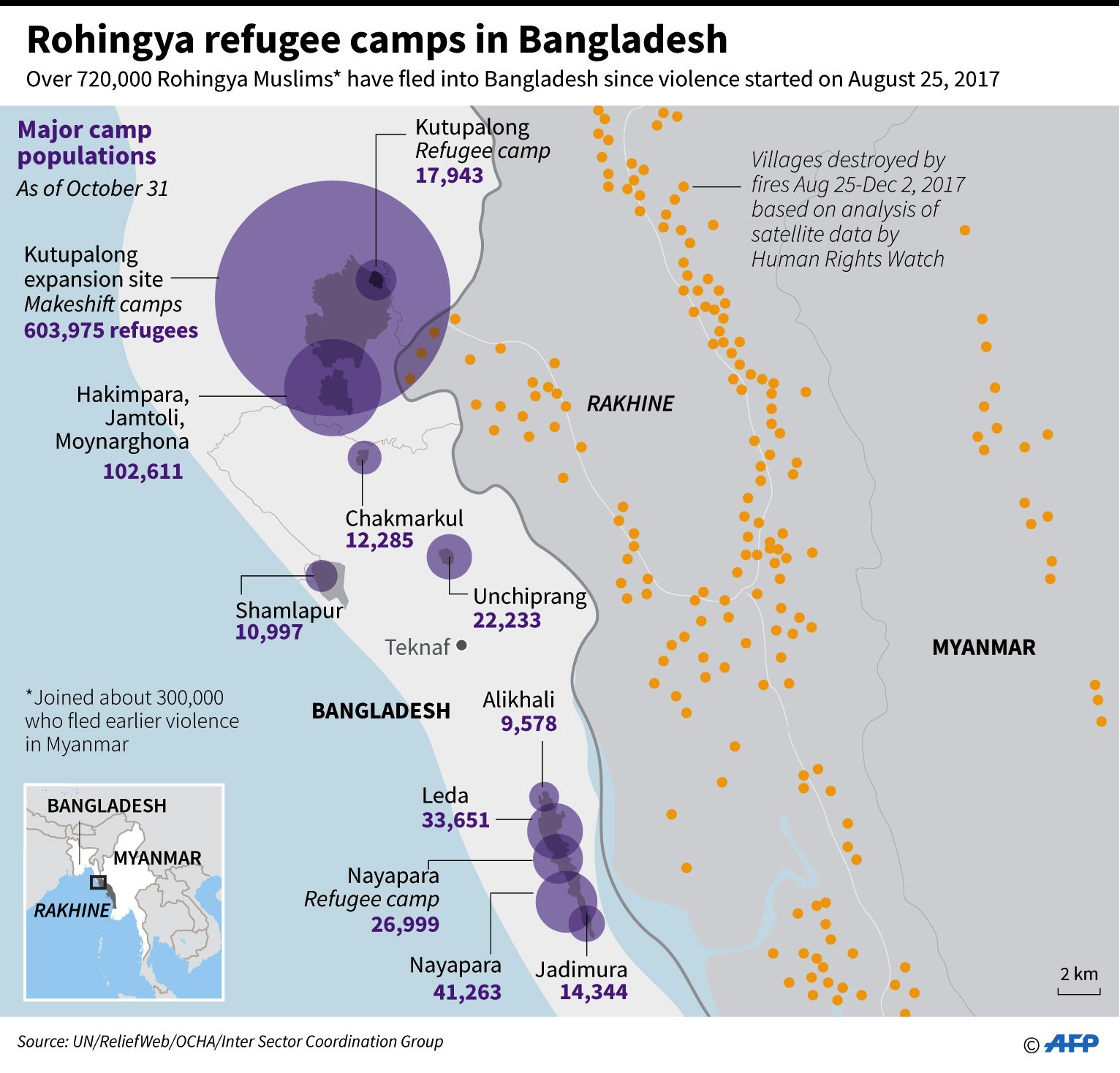 As a sociologist in training, I was interested in how the Rohingya themselves, who had fled their homeland Myanmar less than a year before, made sense of the concepts that seem to undermine their very existence. I found that their ideas about ethnic and cultural identity reflect the dominant understanding of these concepts in Myanmar which have led to violent ethnic relations in the country.

Much of how individuals in Myanmar understand their identity can be traced back to the social divisions constructed by British colonial administrators in the 19th and early 20th century. Back then, the Brits engaged in the deliberate exploitation of racial and ethnic divisions to maintain power. Successive authoritarian regimes have appropriated such categorizations to violent ends for their own purposes.

Conflation of Race and Religion

While in Kutupalong refugee camp last summer, I facilitated a two-day workshop which questioned the three concepts that arguably lie at the heart of Rohingya dispossession: race, ethnicity, and culture.

Sitting in the small bamboo structure draped in a UNHCR tarp that stifled both light and air, I asked the participants to define each concept. “There are four primary races in the world: Islam, Buddhism, Christianity, and Hinduism,” responded Ko Myo, one of the participants. “Where we are from, race and religion are the same,” he further explained.

Many have argued that this conflation of race and religion has been at the root of the marginalization of ethnic minorities in Myanmar. The Bamar, the country’s dominant ethnic group that comprises roughly 70 percent of the population, are primarily Buddhist, with Buddhism being Myanmar’s de facto state religion. An estimated 90 percent of people living in Myanmar identify as Buddhist.

As part of various waves of nation-building schemes since Myanmar’s independence from Britain in 1948, the state has attempted to consolidate, or “Burmanize,” the many ethnic groups to bring them under one umbrella. Yet, given the way that religion maps onto to ethnic communities in the country, there has been fierce resistance on all sides.

To many (mostly Bamar) in the country, being Burmese equals being Buddhist. Race and religion are not just conflated in Myanmar; they are deliberately synonymized in a way that excludes anyone that does not fit the Buddhist nationalist ideas.

How do Rohingya Identify Themselves?

Participant Ko Myo asked me what my religion is. I responded that I am not particularly religious. “So, you’re Muslim, then?” he asked, asserting his perceived neutrality and fluidity of Islam. For him, his identity as a Muslim is not just a religion; it is a way of being in the world that arguably anyone could adopt. To say that you are without a religion is like saying that you are without a race, which is simply impossible.

I asked the group what they thought my culture, race, and ethnicity was. After a lengthy discussion, the group leader said, “Your culture is African Myanmar, your race is Christian, and your ethnicity is American.” As a black American woman, the group read my brown skin to be a symbol of my African cultural heritage, while my Burmese tamein (traditional skirt) indicated my affinity toward Myanmar culture. Once I told them that I was from the United States, they identified my religion as Christian, despite my earlier suggestions that I was not religious. And given the way that Myanmar is geographically stratified and determined by ethnic groups, they believed that my national identity was also my ethnic identity.

Several days after the workshop, I received a summary report from the group leader. In the section where he described my identity, he noted that I came from “U.S. black region,” a further projection of how racial identity maps onto national identity in Myanmar. The idea that one must be of a certain race or religion to truly belong to and be of a nation is at the core of the Rohingya crisis.

These notions do not just exist in the minds of those holding power. They have persisted and trickled down into the bodies and minds of individuals of every ethnic group and continue to animate the lived experiences of even those who are most marginalized.

Disclaimer: The views and opinions expressed here are those of the author and do not necessarily reflect the editorial position of The Globe Post.
Share104Tweet

Doctoral student in Sociology & Social Policy at Harvard University. Her research interests include the social legacies of imperialism, ethnic and religious conflict in Southeast Asia, and the role of collective memory and identity in shaping peacebuilding efforts in post-conflict societies