by Lilia Giugni
in Opinion

A woman holds a banner reading "Equality" during an International Women’s Day demonstration in the southern French city of Marseille. Photo: Boris Horvat/AFP

When I went to primary school in Southern Italy in the 1990s, humankind’s supposedly unstoppable march towards progress was the recurrent theme in my history books. While the American and French Revolution prominently figured as steps in this glorious journey, the struggle for women’s emancipation and the challenges they still faced didn’t receive honorable mentions in my school curriculum.

Italy, where divorce had been introduced only in 1970, abortion legalized in 1978, and honor killings criminalized in 1981, was no isolated case.

During the 1990s, between one feminist wave and the other, gender equality concerns were condescendingly met, and sometimes dismissed, in many Western societies. Pulitzer Prize-winning journalist Susan Faludi described this phenomenon brilliantly in her aptly entitled Backlash: The Undeclared War on Women (1991).

In those years, a certain “gender fatigue” married with post-Cold War triumphalism and the conviction that liberal democracy would absorb any illiberal tendency.

Almost three decades from then, digital technologies have allowed women to connect, afforded them novel campaigning tools, and engaged a new generation of feminists.

Revitalized, women’s movements worldwide – while still divided on sex work and surrogacy, among other things – have initiated a serious reflection on the intersections between gender, race, disability, sexual orientation, and identities and a number of social justice battles.

In the wake of the #MeToo campaign, organizations across the public, private, and third sector began showing unparalleled interest in the gender pay gap, equal representation, and gender-based violence prevention.

The present feminist revival, however, goes hand in hand with a new pushback against women’s rights battles. Compared to the 1990s societal complacency, this new rollback involves an even more dangerous resurgence of patriarchal ideas and violent behaviors, reinforced by the very same technologies that have connected and empowered feminist activists.

A recent report from the E.U. Fundamental Rights Agency confirms the alarming levels of gender-motivated discrimination and abuse in Europe and specifically raises awareness on the backlash that women now face when exercising their right to freedom of expression.

Experts gathered by the U.N. in 2018 echoed the F.R.A.’s findings: female politicians, journalists, and activists worldwide are particularly exposed to offline and online violence, overtly used to discourage women’s participation in public life. Between brutal killings and virulent, misogynistic hate speech, the assault on politically active (and especially non-white, non-heterosexual) women has become a serious threat to our democratic processes.

Meanwhile, as revealed by another report from the E.U. Parliament, women’s sexual and reproductive rights are under attack in several E.U. countries, including Poland, Hungary, Italy, Austria, and Romania.

While in some instances, the study highlights, the pushback has mostly taken place at the level of rhetoric and public discourse, in others it has already translated into concrete measures and legislation. 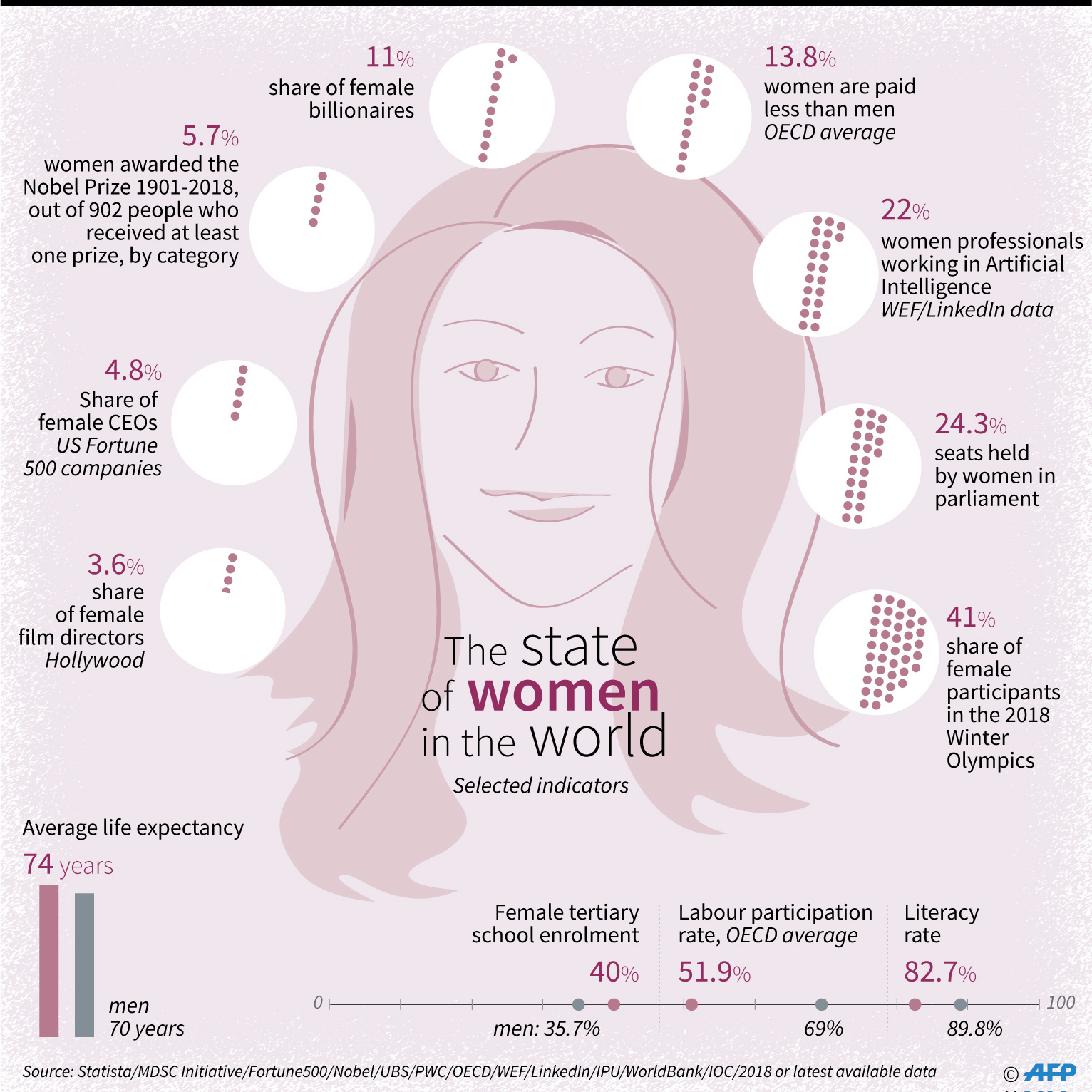 Researchers connect this to the intensification of both men’s rights activism and the multi-faceted international movement against so-called “gender ideology,” a made-up word that presents the equality movement as an offensive against family life and religious freedom while misrepresenting the work of gender experts.

That these ideas have penetrated European and global political elites has been epitomized by the events surrounding the World Congress of Families (WCoF), a right-wing Christian summit held in Verona and vehemently contested by Italian and international movements and civil society collectives. Dubbed a hate group by several human rights organizations, the WCoF has brought on stage fiercely anti-abortion political leaders from different continents, all speaking in the name of traditional, hierarchical gender roles.

If you were wondering why women’s rights groups find it arduous to contrast these attacks, it is worth considering how the space accorded to civic, and especially feminist organizations, is shrinking globally.

As documented by international research, the involvement of civil society representatives in policy-making and their opportunities to gain funding and support are being restricted drastically. Women’s and LGBTQ+ communities are particularly affected by this crackdown.

At the same time, in the words of President of the U.N. Commission on the Status of Women Geraldine Byrne Nason, fear of losing or sharing power, diffused among (predominantly) male elites, can help explain this relentless opposition. 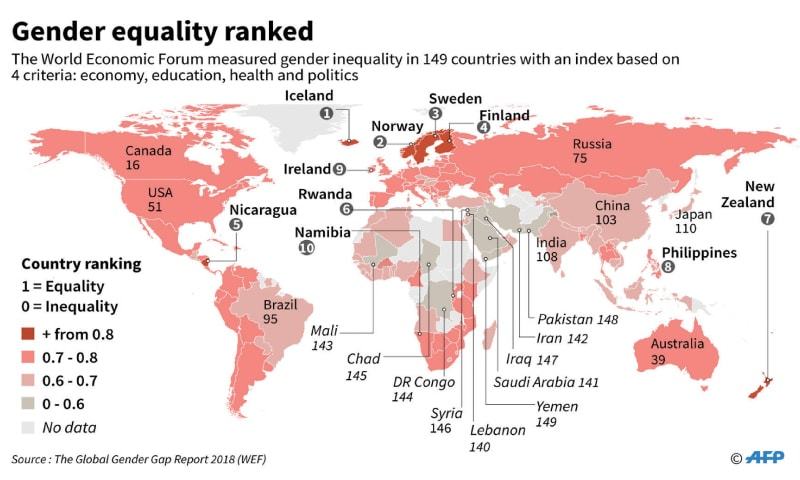 What better way to placate such fears, then, I would argue, than by dismantling the narrative that portrays the fight for gender equality as a zero-sum game? Patriarchal norms, many start acknowledging, damage us all. While confining women into a subordinate position, they also force men into ultimately repressive gender roles.

Moreover, we now have clear evidence that gender equality, diversity, and the unleashing of women’s talent benefit entire organizations and communities, including people of all genders.

Finally, the history of civil rights’ movements, where black, LGBTQ+, and working-class feminists played a seminal role, also teaches us that emancipatory struggles cannot be separated from one another and that women’s self-determination is the prerequisite for many social justice milestones.

Building progressive coalitions if, of course, hard work. So is breaking the liberal echo-chamber, and finding ways to persuade those less exposed to gender parity concerns that this is their business, too.

Yet, the Irish referendum, which in 2018 gave millions of women control back over their bodies, is a powerful demonstration of how progressive actors can hold to their principles while framing effective narratives capable of winning over allies across the political spectrum.

And thankfully, in 2019 we have abandoned the easy assurance and celebratory mood of the 1990s, and know only too well what we are up against. However, we are equally aware that we can count on the lessons learned from the past, and with a reinvigorated movement, are determined not to allow anyone to take us back.

Disclaimer: The views and opinions expressed here are those of the author and do not necessarily reflect the editorial position of The Globe Post.
Share165Tweet

Research Associate at the Cambridge Centre for Social Innovation at the University of Cambridge and co-founder and CEO of the feminist think tank GenPol- Gender & Policy Insights. Lilia’s research interests and activist work touch upon women’s rights, gender-based violence, and the intersections between gender, social, and ecological injustice.

Forced Hysterectomies in 2020: How Did We Get Here?

With Liberty and Injustice: America’s Policy of Regulating Bodies and Borders

Want More Women in Leadership Roles? Focus on Their Strategy and Not Their Smile

by Jennifer Riekert and Ali Jackson-Jolley

Why Today’s Feminists Must Build Bridges With Other Social Movements

Where Does the Israeli Left Go From Here?