by Carlos Zepeda
in Opinion

In Brazilian folklore, a myth lives on about a giant monster serpent called Boitatá, which means fiery serpent in the now extinct Tupi language. The legend has it Boitatá survived a great deluge which killed many animals. After the flooding, the snake left his cave and went through the fields preying on the animals and corpses, eating only their eyes. Boitatá’s blazing glaze comes the collected light of the eyes he ate, leaving him shortsighted by day, but by night, allows it to see everything. The fiery serpent now misleads people, leaving them hypnotized, confused, and disoriented by its atmospheric eyes, attracting them to come near. The monster then pounces and feasts on the people’s eyes, leaving them blind and facing a slow death in darkness.

Metaphorically, people take it to mean a goal that leads one on but is impossible to reach.

Jair Bolsonaro, Brazil’s 38th president, has conjured a model of development that has become the nation’s Boitatá.

After just over 100 days in power, he has shown his ability to create a flaming unashamedly neoliberal, anti-ecologist, and divisive development monster. The president is leading the 212 million people living in the world’s fifth largest country towards the abyss of unsustainable and socially excluding development.

Take for instance the economy. Bolsonaro’s narrow logic of achieving “growth no matter what” has already shown signs that it is willing to devour the Amazon rainforest and its indigenous population in one big gulp in the name of “streamlining” the ailing economy.

Bolsonaro’s feeds on the neoliberal myth of ever-higher growth propelled by classic IMF principles: privatizations, reducing the state’s size, targeting savings from cuts to the social security system, and placing the market’s role at the center of all economic policy.

The outcomes of these reforms have floundered, despite having been concocted by Bolsonaro’s Minister of the Economy Paulo Guedes, a Chicago School of Economics pure-bred taught by neoliberalism stars like Milton Friedman.

So far, Guedes has only managed to spin Brazil’s weak economic machinery opposite to the intended direction: Brazil’s weak growth was in 2018 already as low as 1.1 percent and despite this low benchmark, the stats of 2019’s first two months show Brazil is only going from bad to worse, with the industry growing a meager 0.7 percent below the humble 1 percent target.

Equally, unemployment rates remain very high, and the confidence of consumers and businesses is dropping. Even if the Brazilian growth locomotive started picking up speed, raw and indiscriminate growth by itself does not equal development.

How Much is Enough?

“Growth is one of the stupidest purposes ever invented by any culture … We’ve got to have an enough,” said American environmental scientist Donella Meadows in the 1990s. The “ever-higher-growth” aim is not just the wrong route to take, but a mirage, a hope or goal that leads one on but is impossible to reach. In other words, it is a Boitatá.

To break free from this myth, Meadows argued we should always ask the following questions: “growth of what, and why, and for whom, and who pays the cost, and how long can it last, and what’s the cost to the planet, and how much is enough?”

As much as Bolsonaro’s fiery, glittering, and confounding pro-market mirage model tries to shine, it also has a dark and sinister side: it is dividing society and its relation to the environment. 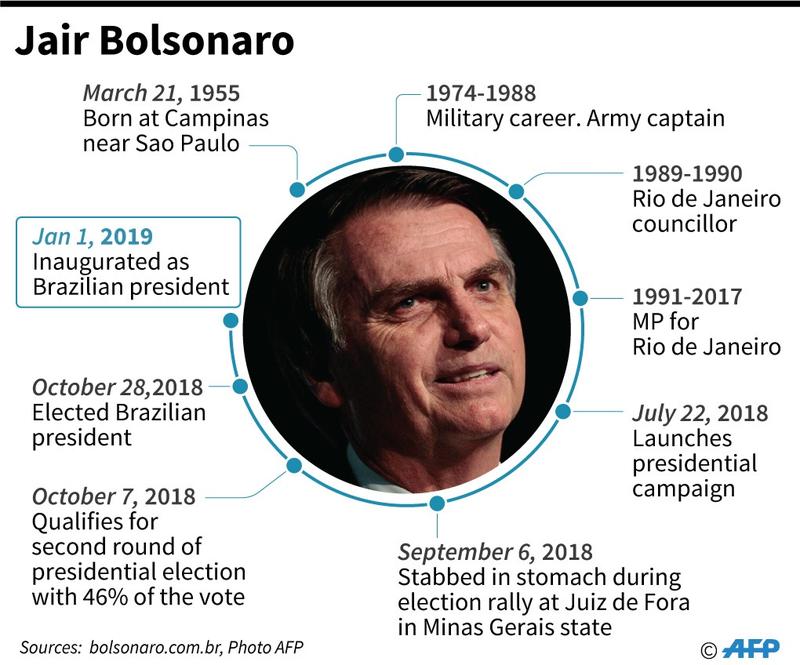 Bolsonaro put Tereza Cristina Corrêa da Costa Dias in charge of the ministry. The 64-year-old is a leader of the parliamentary agribusiness group and has received campaign funding from powerful agribusiness leaders, including from a landowner previously charged with ordering the killing of an indigenous leader. It is no surprise the Minister of Agriculture under this leadership will make natural resources and money flow in the direction of agribusiness power.

Brazil already is the world’s deadliest country for environmental defenders, and under Bolsonaro’s administration, the outspoken war against the indigenous and the environment’s rights and protections they enjoy has become the new normal.

Bolsonaro has gone as far as threatening to withdraw Brazil from the key international law on tribal and indigenous peoples’ rights. Not only that, Bolsonaro has aimed to control NGOs who oppose his interests by issuing a decree allowing government authorities to “supervise, coordinate, monitor, and accompany the activities and actions of international and non-governmental organizations in the national territory.”

Sustainable development is about creating ecosystems of justice and harmony for people and their environment to flourish, but Bolsonaro is doing the opposite. When equal opportunities are not provided, conflict arises, with freedoms and rights for all people to thrive in what they value essential for their lives in a finite planet.

Bolsonaro’s hate speech has gone hand-in-hand with his policies: sowing differences and division with homophobic, racist, sexist remarks and inspired on several Donald J. Trump-esque views of the world. Bolsonaro has even been unapologetic about suggesting that Brazil should commemorate the start of military rule 55 years ago.

As Bolsonaro normalizes hate and division within Brazilians and their environment, his model of development has become a Boitatá, eating Brazilian’s eyes and leaving them unable to look at a future free from injustice, inequality, and ecological crises. Resisting its pull is a must to survive.