Twelve hours after a Turkish court ruled to release 21 journalists in a decision that offered a glimmer of hope for other imprisoned journalists, the same court reversed its ruling after new appeal filed by the office of Istanbul Chief Public Prosecutor.

On Friday, 25th Istanbul High Criminal Court ruled to release a singer-turned-journalist and other 20 journalists after daily hearings this week, ending their 8 months of pre-trial detention.

As the prison guards and officials prepare to release journalists at midnight, the prosecutor who demanded the release of the journalists in the morning, in a stunning turnaround asked the court late midnight to withhold the ruling.

But a campaign by pro-government circles in social media led to pressure mounting on the prosecutors dealing with the case, forced them to reconsider their request.

Pro-government columnist Cem Kucuk, who is notorious for his finger-pointing, targeting and terrorizing opponents of the government, galvanized fervor against the journalists, ramping up pressure on judges and prosecutors to revisit their decision. His relentless tirades against prosecutors paid dividends later in the night, as the ruling was overturned and sank hopes of families.

Opposition lawmaker Baris Yarkadas from Republican People’s Party (CHP) described the reversal of decision as scandalous, citing to political pressure on prosecutors and judges overseeing the case against journalists.

All the journalists were detained in the aftermath of the coup last summer in coup-related and terrorism charges. In a series of formidable defenses during the weeklong hearings, the journalists dismissed charges, calling the entire legal proceedings a politically motivated crackdown on the media.

First, media reported that 21 journalist would be released toward midnight. But then, pro-government Haberturk reported on detention warrant against 6 journalists, meaning that they would not be released at all. Then the number of those who would remain imprisoned to 14.

The air of confusion later faded away, after state-run Anadolu news agency finally reported that 8 of journalists’ imprisonment would continue, while the court issued a new detention ruling for 13 journalists in separate charges. Eventually, they all remained in jail.

The bewildering saga did not bring good news for families who flocked to Istanbul Silivri Prison Facility to embrace their beloved ones after 8 months of separation. Hours-long wait wound up in a crushing sense of disappointment. 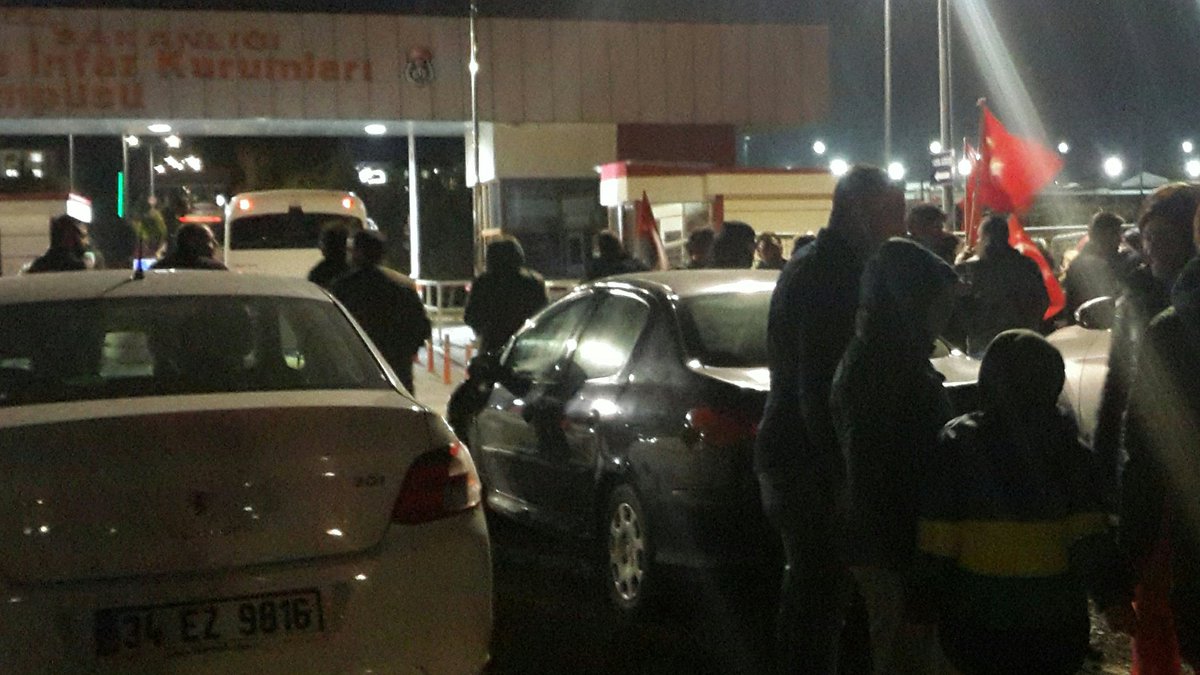 Similarly, after gut-wrenching reversal, journalists’ 12 hours of wait for liberty plunged into disarray and disappointment. Mr. Yarkadas cited the toxic atmosphere of fear and pressure that enveloped the judiciary whose rulings are under constant political scrutiny. 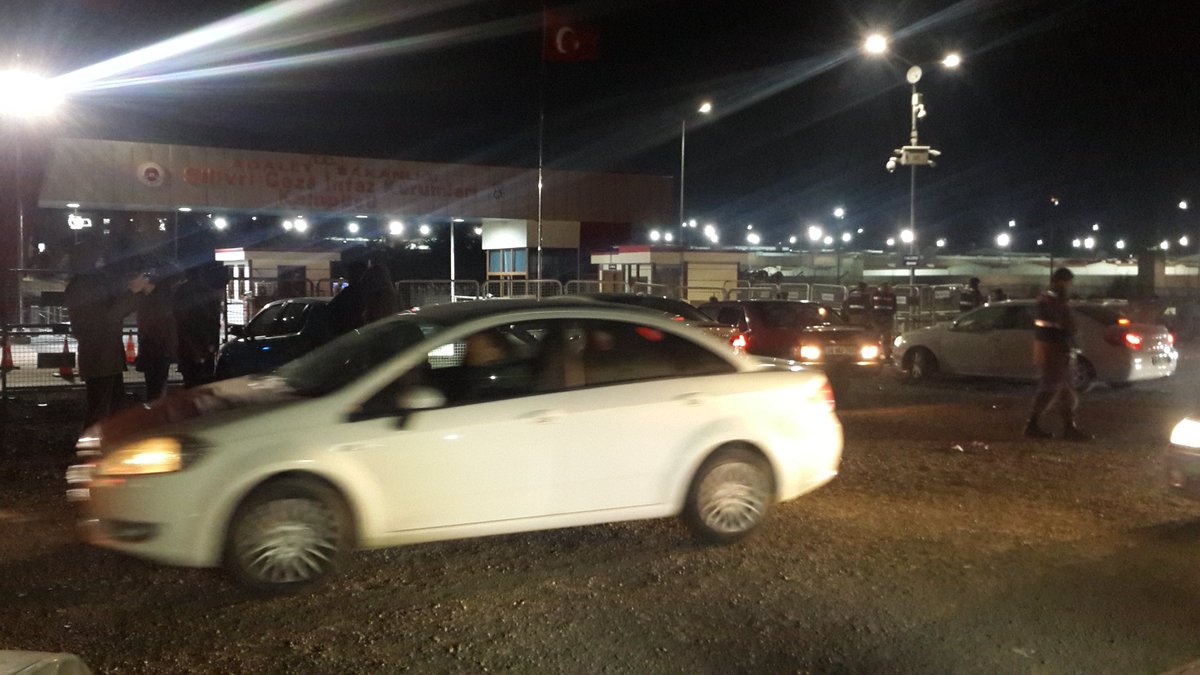 He said in a warning that the similar act of judicial twists would repeat during the referendum, declaring independent judiciary is completely dead.

How the legal proceedings would evolve depend on political developments as the country is braced for a historic referendum on April 16 on constitutional changes that envisage a transition to the executive presidency.

The next hearing is scheduled to take place on April 27. Prosecutors charge journalists of attempting to dismantle constitutional order and destroy the Turkish Republic.

The Turkish government’s crusade on critical and independent media has reached an unprecedented level in aftermath of the failed coup, shutting down 180 media outlets. President Recep Tayyip Erdogan abhors any criticism and his government is not fond of an independent media with a significant social outreach.

More than 150 journalists have found themselves at crosshairs of government’s anti-media frenzy and prosecuted with impunity.

According to Amnesty International, one third of all imprisoned journalists in the world are in Turkey, revealing the disheartening conditions of press members in the EU candidate. Ankara remains unimpressed and unconcerned over the international liberal umbrage over deterioration of human rights and freedoms in Turkey, often portrays world outcry as a conpiracy against Mr. Erdogan’s rule.

President Erdogan sticks to an unwavering conviction that there is no jailed journalist in Turkey despite the existence of overwhelming evidence showing otherwise. He claims that none of the 149 in the list of journalists who are in prison is a journalist indeed. He even disparaged imprisoned journalists by calling them “thieves, killers, child abusers, and terrorists.”

His unstinting public jibes against members of media sparked a sharp rebuke and backlash from families who urged the president to correct his wrenching remarks last week. But Mr. Erdogan appears to have been unfazed, and continues to bash them whenever the subject of imprisoned journalists is brought upon.

Television Holds Ground for News in US, as Print Fades [Study]

Journalists at Risk as Media Freedom Declines in Former Yugoslavia

Court Changes Ruling After Campaign Against Release of Journalists

Everything You Need to Know About the US-Taliban Deal

Coronavirus and the Importance of Separating Fact From Fright

Democratic Primary: What Happens if No One Wins a Majority of Delegates?

Yalta, 75 Years Later: What Should Be Remembered?

Coronavirus and the Importance of Separating Fact From Fright

Yalta, 75 Years Later: What Should Be Remembered?

US Migration ‘Protection’ Protocols Lead to Violence Instead

Argentina and the IMF: Who Is at Whose Mercy?

The Unites States Needs to Impeach the Status Quo

For Once, Let People of Color Take Charge of Their Stories