Beyond Independence: Democracy is Real Test in Spain’s Catalonia Trial

by Georgina Blakeley
in Opinion

Twelve Catalan separatist politicians and activists face years behind bars for rebellion or other charges for pushing an independence referendum in 2017. Photo: Lluis Gene, AFP

As the trial of those charged with organizing Catalonia’s referendum and declaring its independence began, the images of the twelve Catalan leaders on the benches of Spain’s Supreme Court seemed unreal. The sight was so shocking that the veteran political commentator Inaki Gabilondo called for a “minute’s silence” and “period of mourning” to mark this “great collective failure of politics.”

Yet, regardless of the errors on both sides leading to this political breakdown, the charges and possible prison sentences are anything but unreal.

That a private prosecution has joined the public prosecutor and solicitor general underlines that this is no ordinary trial. It is first and foremost a trial in which two views of democracy are under examination.

The first day of the proceeding surfaced two very different approaches: one focusing on legal arguments and the other on political arguments. Yet even the legal, technical arguments are intertwined with politics. The prosecution’s charge of carrying out a “perfectly planned, systematic, and organized strategy to break the constitutional order to obtain independence for Catalonia” denotes a view of democracy that is based on the constitutional order and the rule of law.

This dispute between the duty to abide by an existing legal order and the democratic right to decide is a conflict over legitimacy and over where political authority ultimately lies.

It also links to ideas about Spain’s transition to democracy after dictator Francisco Franco’s death in 1975 and a series of what might be termed “missed opportunities” to solve the Catalan question. 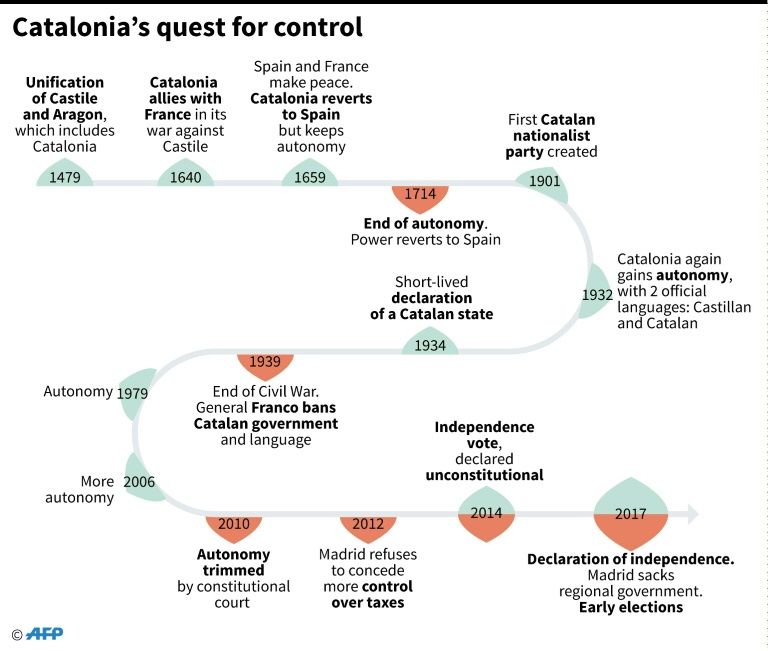 To say that the transition left unfinished business should not be read as a criticism of the original process which was, in many ways, a miraculous event considering the strength of the military and the hardline Francoists at that time.

It is less about criticizing the original pacts made at that time and more about criticizing the inability of political elites to move beyond them. Pacts agreed to during the transition, including the 1978 Constitution, should not be seen as set in stone. They simply reflect what was possible at the time. As such, they should be subject to amendment, yet this has not happened in Spain.

That there are areas of unfinished business – such as dealing with the past and reforming the Senate and electoral system – has much to do with the fact that many political leaders in Spain regard the 1978 Constitution as untouchable. It has only been amended twice and each time because of pressures from the European Union. This is absurd. Many young people, not just in Catalonia but across Spain, feel that the Constitution does not represent them and does not reflect the myriad ways in which Spanish society has changed since 1978.

These areas of unfinished business also point to different interpretations of the original transition. For some, the transition represented closure, while for others it represented only the first step on a journey towards further democracy.

The lack of political leadership in this area is one of the reasons for the current impasse over Catalonia, the effects of which come with a huge political cost and, for many, an incalculable personal cost. There will indeed be time to mourn.

Disclaimer: The views and opinions expressed here are those of the author and do not necessarily reflect the editorial position of The Globe Post.
Share375Tweet

Senior Lecturer in Politics at the Open University, England. She has published widely on aspects of Spanish politics including historical memory, democracy, and democratization

Why Trump 'Walked' From North Korea Talks Without Deal