The Rise of Internet Sovereignty and the End of the World Wide Web?

by Samuel Woodhams
in Opinion

“We know how much the internet has changed America, and we are already an open society,” said Bill Clinton in 2000. “Imagine how much it could change China. There’s no question that China has been trying to crack down on the internet. Good luck – that’s sort of like trying to nail Jello to the wall.”

In the nineteen years since Clinton made this remark, popular understandings of the web have changed beyond recognition. Once thought of as a radically free tool that traversed conventional boundaries, it is now often thought of as a space dominated by malicious private corporations, hidden surveillance tools, and a powerful force of censorship and repression.

Clinton was not entirely wrong, though; the internet has undoubtedly changed China. What he failed to predict was that in the process, China would also change the internet.

Ten years after Clinton’s now-famous quip, Chinese authorities published the white paper The Internet In China. The paper was responsible for popularizing the now ubiquitous term “internet sovereignty” and laid out its basic principles.

“Within Chinese territory, the internet is under the jurisdiction of Chinese sovereignty. The internet sovereignty of China should be respected and protected,” it said.

Importantly, the document reaffirmed China’s right to govern the internet in line with its domestic laws, claiming that “laws and regulations clearly prohibit the spread of information that contains content subverting state power, undermining national unity [or] infringing upon national honor and interests.”

Under the doctrine of internet sovereignty, these laws – which were originally applied to traditional media forms – became equally applicable to content online. Unsurprisingly, the term has since proved an important means of justifying China’s “Great Firewall,” which is the world’s most advanced digital censorship apparatus.

Internet Sovereignty Around the World

Since 2010, the term has gained currency throughout much of the world and has been adopted by several states looking to control the dissemination of information online. In the process, the world wide web has fractured into a series of state-wide webs, each controlled in distinctive ways.

This has become particularly evident during the past year in which Russia has aggressively pursued policies aimed at controlling content online. In the past two months, the state has blocked the encrypted email service ProtonMail, approved legislation that outlaws “fake news” and introduced new legislation that seeks to establish a “Sovereign Internet.”

As James Griffiths, author of The Great Firewall of China, has said in an interview:

“That the Kremlin has succeeded in adopting the Chinese model is a sign to other countries that it is never too late to rein in their own internets, and could accelerate the adoption of such tactics that have already ramped up worldwide – with Chinese assistance – in recent years.”

As Griffiths implies, this development is not confined to Russia and China. Instead, it has become a global phenomenon and represents an important rhetorical tool used by regimes across the world who are seeking to legitimize the manipulation and restriction of digital content. 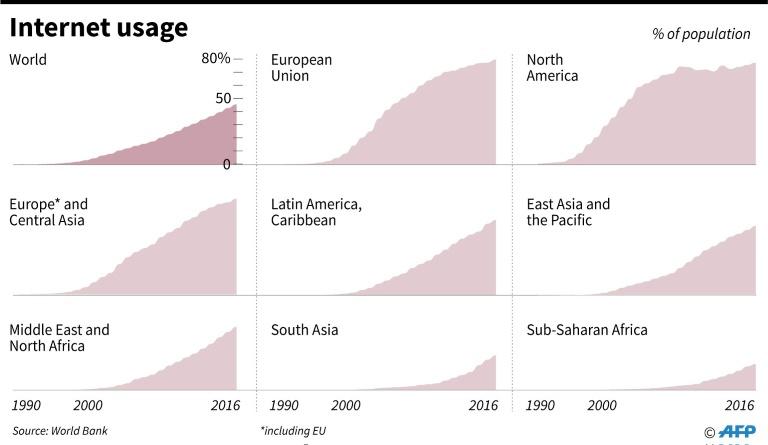 As the most recent Freedom on the Net report makes clear, “as governments recognize the importance of the data flowing in and out of their countries, they are establishing new rules and barriers in the name of national sovereignty, allowing officials to control and inspect such information at will.”

China has also used internet sovereignty as a part of the expansive, multi-billion-dollar Belt and Road Initiative. As Joshua Merservey, senior analyst at Heritage Foundation, told Foreign Policy, “the Chinese are explicitly pushing this idea of internet governance. They frame it as a sovereignty issue, but what they are really talking about is the ability of a state to control the free flow of information online.”

As internet shutdowns continue to rise in frequency across the world each year, there are fears that the growing discourse of internet sovereignty is empowering governments in regards to digital censorship.

The notion of internet sovereignty is often deployed as a distinguishing feature of internet governance outside of Europe and America. However, this analysis is incomplete in a number of ways.

Firstly, the notion of internet sovereignty and its links to state actors risks masking the very real influence held by private corporations over global internet governance. As American internet entrepreneur and academic Kalev Leetaru has written, “rather than a small set of elites in each country setting the ground rules for the internet for their respective societies, a single centralized set of elites in Silicon Valley set the rules of all countries.”

This certainly underplays the influence and power that states have in the formation of the internet in their countries. However, over-deterministic claims of internet sovereignty may also be at risk of disregarding the influence of huge commercial monopolies that traverse sovereign boundaries.

To develop a more nuanced and fuller understanding of how the internet is regulated and controlled across the world, the agency of both commercial and state actors must be considered.

Secondly, there is a risk of portraying internet sovereignty as a term linked only to authoritarian regimes. However, governing which aspects of the web are available to users has been the global de facto position of governments since at least the late 1990s.

In the U.K., for example, there are currently plans to introduce an age-verification system for adult content. More recently, Article 13 of the latest E.U. Copyright Law has concerned digital rights experts for its potential to censor large swathes of user content online.

Without considering how internet sovereignty is also deployed in Europe and America, it is impossible to have a complete picture of how the web is controlled and organized globally.

Finally, to hail the death of the world wide web is to misunderstand the range of widely available commercial technologies that internet users now have access to. With the rise of proxy connections and Virtual Private Networks, more people than ever before are able to bypass geo-fenced content while remaining anonymous online.

Ultimately, any regulation of the web is likely inspired and affected by political concerns. The notion of internet sovereignty as a uniquely Chinese and Russian approach fails to identify how the same underlying principles affect Western governments.

So, although it may feel like the world wide web is quickly transforming into a series of state-wide webs, this view lacks the nuance needed for an informed debate. To complicate our understandings of how the internet is regulated, and look introspectively at how the web is governed in the West, is therefore an important step to improve digital rights advocacy work across the globe.

Freelance journalist and researcher at Top10VPN.com, a digital privacy group and VPN review website. He is interested in global debates surrounding the future of the internet and identifying trends in digital authoritarianism, repression, and disinformation

Trump and Mueller Investigation: to Impeach or Not to Impeach