by Christopher Stafford
in Opinion

However history decides to remember Theresa May’s tenure as prime minister, it will likely not be as one of the better holders of the office. Numerous issues such as the Windrush scandal and increasing social inequality will tarnish her reputation, but it has been the issue of the U.K.’s withdrawal from the European Union that has dominated her time as leader. The fact that she failed to deliver Brexit will likely be what she is most remembered for.

Since announcing her intention to resign, there has been no shortage of candidates putting themselves forward for her job claiming that they will be able to complete the task she never quite managed to. However, the rhetoric of many of these candidates and the nature of the debates themselves are making a “no deal” situation much more likely, even if that isn’t their stated aim.

Candidates to Succeed May

While candidates such as Rory Stewart and Jeremy Hunt have argued that a “no deal” scenario would be disastrous for both the country and their political party, others such as Esther McVey are actively pushing “no deal” as their preferred option.

The majority of the other candidates, such as Andrea Leadsom, Dominic Raab and Boris Johnson, claim they can get a better deal but that they are quite prepared to leave without one if necessary, presenting this willingness to “walk away” as a tactic to scare the E.U. into giving the U.K. a better deal than the one currently on offer. However, there is serious potential for this tactic to backfire and force the U.K. to leave without a deal. The E.U. has been remarkably unified and unwavering in its position since 2016 and attempting to play such a game of “chicken” highlights how many in the U.K. still fail to understand the concerns and motivations of the bloc.

Shortly after the 2016 referendum, the other European leaders got together and decided their strategy, what they would and would not accept, and which individuals would do the negotiating for them. Whatever the differences in opinion between the 27 member states, the outward public front has been remarkably united and consistent; in stark contrast to the disarray and public disputes within U.K. politics over the issue.

As the negotiated withdrawal agreement failed to be ratified by the U.K. Parliament again and again, the E.U. repeatedly insisted that there would be no renegotiation of terms and continues to do so to this day. In granting extensions to the withdrawal period the E.U. were giving the prime minister more time to try and convince Parliament to support the existing deal rather than giving any scope to change it to something they might accept.

Forecasts suggest that leaving without a deal and trading on WTO terms could be disastrous to the U.K. economy, so for many, it is hard to see why the U.K. threatening to do this puts any kind of pressure on the E.U. to change its position. Those pushing this idea argue that the U.K. is too important a trading partner for the E.U., that a “no deal” scenario would hurt them as much as it would the U.K. But what such arguments fail to appreciate is that while this may be true, what is more important to the remaining E.U. member states is the integrity of the Single Market and of the European project itself. If accommodating U.K. wishes threatens this, then they would rather take the economic hit of a “no deal.” That is more important in the long run. 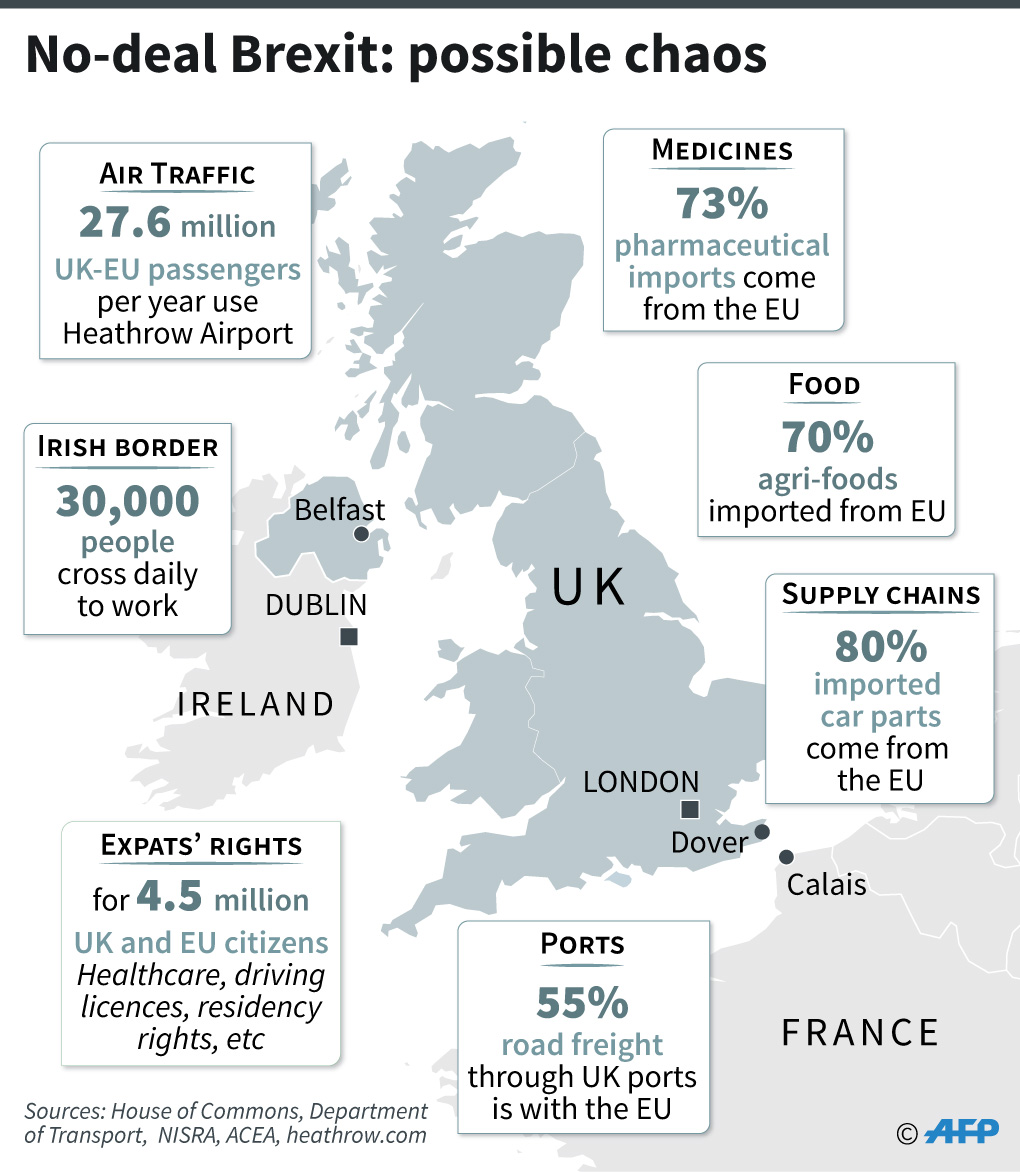 One of the most remarkable things to witness since the 2016 referendum has been just how significantly the narrative has changed among those who promoted the option to leave, with potential negatives of leaving the E.U. being dismissed as “Project Fear” right up until the moment that they became a reality and were then rebranded as being what people actually voted for.

During the referendum campaign and afterwards claims that the U.K. wouldn’t get a good deal were branded as fear-mongering: the U.K. could “have its cake and eat it” after negotiating a trade deal that would be “the easiest thing in human history.” As these claims have repeatedly been shown to be farcical, their perpetrators have had to flip the narrative so as to save face, with leaving the European Union without a deal and trading on “WTO Terms” now being nothing to fear. Indeed, accepting the deal on offer would be seen as capitulating to Europe and showing a lack of faith in Britain’s potential.

While there is little doubt that she has handled many aspects of Brexit badly, May’s inability to deliver Brexit is not for a lack of trying. While there is genuine opposition to her proposed withdrawal agreement, many of the key opponents, notably Johnson, have opposed it as much for their own reputations and career ambitions than for any genuine concerns with the deal itself.

In undermining the prime minister and her deal they have gotten what they wanted. Their reputations are still intact with enough of their supporters and they have a chance to go for the top job in British politics, but the long-term cost to them, and, more importantly, their country will likely be very high.

British-Iranian Zaghari-Ratcliffe Sentenced to One Year in Prison