by Marcello Massone
in Opinion

Since the head of Venezuela’s National Assembly Juan Guaido declared himself the country’s “legitimate leader,” the Latin American country has found itself in a whirlwind of crisis, international condemnation, and, most importantly, a fight for freedom.

To justify his claim, Guaido cited several constitution articles that outline the order of succession to the presidency – mainly articles 233, 333, and 350.

Many foreign powers, including the United States, Australia, and 11 of the 14 members of the Lima Group have recognized the 35-year-old as interim president. Other countries, such as the majority of E.U. member states, have requested a national election; otherwise, they will recognize Guaido as president.

Russia and China, Venezuela’s largest creditors, have also expressed their support for Maduro. China said it opposed “external interference” as a response to U.S. support for Guaido. But even Russia, longstanding creditor and military supporter of Venezuela, has begun to distance itself from Maduro’s government and the state-owned oil company, as their oil contracts become more tentative and frail by the day.

Since Guaido’s claim to the presidency, the United States has consistently expressed its support to the opposition. Most recently, National Security Advisor John Bolton raised questions at a briefing where he held a notepad with the front facing outwards. Two notes were visible: “Afghanistan » welcome talks” and “5,000 troops to Colombia.”

The public reacted strongly, particularly regarding the current events in Venezuela, speculating the note may indicate U.S. military mobilization into the debilitated nation.

Some claim that this is just another example of American interventionism and imperialism in South America. To them, the situation is reminiscent of past interventions in Cuba, Chile, and across the continent, where the U.S. sought to install “puppet governments” to secure interests in the region.

Yet, there is a stark difference with the Venezuelan crisis. Now, we are not witnessing a resurgence of the Cold War or an anti-communist proxy war. Rather, it is an international superpower’s support to Venezuela’s democratic parties.

If anything, Venezuela has been under the control of a foreign power for nearly two decades already. Cuba, under Fidel Castro’s dictatorship, has manipulated and occupied Venezuela, effectively controlling Maduro as their puppet. Venezuela under Maduro has also become a haven of all sorts of radical groups: terrorist cells of Hezbollah, the Colombian FARC and National Liberation Army (ELN), and narcotraffickers.

For two decades, the country has been under the control of a misguided, oppressive socialist regime. Since 1999, when Hugo Chavez was elected, the United Socialist Party of Venezuela has been in power. Chavez corrupted the institutions that previously served as exemplars and models in Latin America. His actions were massively detrimental to the nation’s well-being.

Venezuela’s oil-based economy was unable to support the unworkable infrastructure projects Chavez sought to create. Trade relationships deteriorated as he was a callous man that often antagonized the U.S., Spain, and other foreign powers. Fundamental freedoms and personal liberties were under assault, and reporters, opposition leaders, and protesters (many of which were college students) were systematically mistreated and imprisoned.

Despite his alleged belief in “fundamental freedoms,” Chavez spent most of his 11 years in office dismantling institutional accountability. He rewrote the constitution, abolished term limits (a change he was only unable to exploit due to his death), exponentially expanded the powers of the president, replaced top officials in government agencies with loyalists (for example in the CNE, which monitors elections and is meant to ensure their legitimacy), and fervently undermined and denigrated any and all dissidents.

Chavez, with his silver tongue, often maintained a misleading attitude that fooled many in the international community, and even domestically, into believing the situation was not as severe as reported by his detractors. He held these truths at bay, like a dam struggling to contain the pressure of a turbulent and muddy river.

After Chavez’s death, Maduro took up the post of president and the dam crashed. With none of Chavez’s political acumen or charisma, Maduro’s term (2012-present) has seen growing international awareness of the problems in Venezuela. 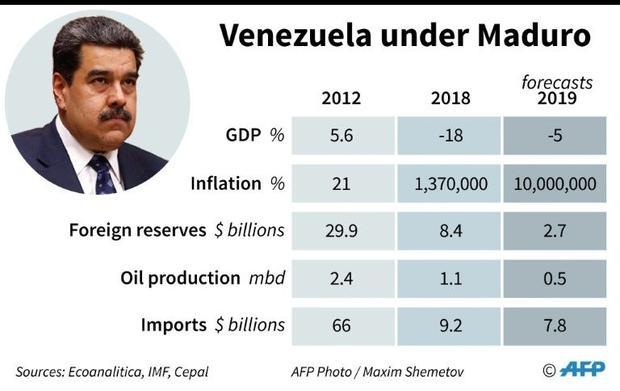 Since he took office, the situation has severely worsened, with more violations of freedom of speech and press, more persecution of opposition (such as the arrests of National Assembly member Juan Requesens, opposition leader Leopoldo Lopez, and the death of opposition councilor Fernando Alban), and further deterioration of dialogue – both domestic and international.

With the 2017 establishment of the “National Constitutional Assembly,” a supra-constitutional congressional body that had the purpose of drafting a new constitution, Maduro followed in Chavez’s footsteps. Maduro created the body in an attempt to subvert the opposition-controlled assembly’s power. It was this newly formed body that called for the May 2018 election, claiming themselves to be above the rule of law.

Unsurprisingly, Maduro won, but the results were not widely recognized as both the call for an election by this fabricated, alternate congress and the monitoring body are extensions of Maduro’s regime that could not have been impartial or just in the election.

The current situation presents a clear opportunity for real change that could improve the situation of millions of Venezuelans – and even in Latin America at large as mass migration into other, more stable nations has led to labor crises in these countries.

Now more than ever it is crucial for the international community to remain aware of the evolving situation in Venezuela. They should keep in mind that we are not witnessing greedy U.S. interventionism, but rather aid to a nation sorely in need of it. The Venezuelan’s people struggle for freedom should be supported.

Disclaimer: The views and opinions expressed here are those of the author and do not necessarily reflect the editorial position of The Globe Post.
Share25Tweet

18-year-old Venezuelan living in New York. He is passionate about writing and literature, particularly in using it to bring attention to social issues

Will El Salvador's New President Live Up to the Image People Voted for?